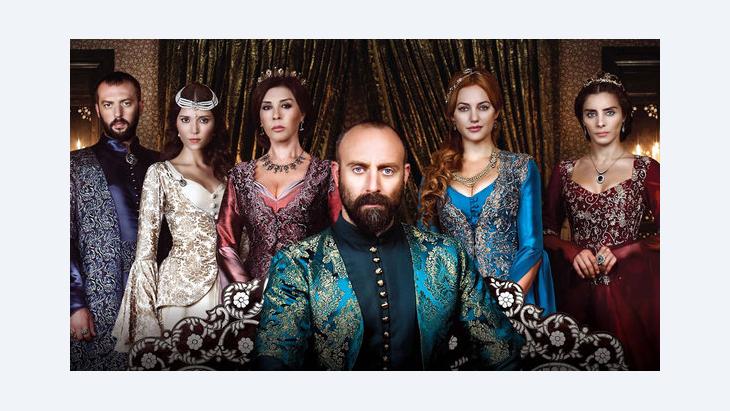 ﻿Millions of viewers in Turkey are hooked on a television series about the Ottoman ruler Suleiman the Magnificent. Prime Minister Erdogan, on the other hand, wants the series taken off air. Jürgen Gottschlich reports from Istanbul

﻿Love, hate and intrigue are the main ingredients in the recipe for the hugely successful series Muhteşem Yüzyil (the Magnificent Century), which has been holding Turkish television audiences in thrall for 80 episodes and almost two years. A gorgeous sultan, his equally attractive grand vizier and above all the wives, lovers and other women who are vying for the sultan's favour are the main characters in this historical soap opera.

The title of the series, which is made up of three-hour-long episodes that are broadcast once a week, refers to the period between 1520 and the end of the sixteenth century, i.e. to the period during which Suleiman the Magnificent ruled the Ottoman Empire. Under his rule, the empire reached its greatest size. This was the golden age of Ottoman rule, which is why the series fits perfectly into the ongoing trend of glorifying the historical figures of this era (Neo-Ottomanism is currently the order of the day in Turkish politics).

View from inside the harem

Nevertheless, conservative and religious groups are up in arms about the series, which is the most successful Turkish soap opera in history. The main reason for their outrage is the fact that the main character in the series is not actually the sultan himself, but his legal wife, Hürrem Sultan, who is known in European literature as Roxelana. In other words, the story of the famous "magnificent century" is not told from the perspective of the victorious generals, but from the perspective of the harem. 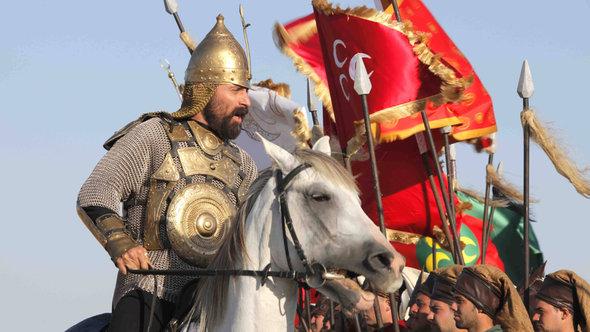 International success: 'Muhteşem Yüzyil' is hugely popular both inside and outside Turkey; even in countries that once formed part of the Ottoman Empire, the story of the great sultan Suleiman and the love of his life is a runaway success

​​The series focuses more on one of the most remarkable women in Ottoman history than on the sultan himself. This was a woman who used intelligence, ruthlessness and a convincing performance in the sultan's bed to rise from being a harem slave to being the sultan's legal wife, and a highly influential one at that.

The whole series is staged like a play and is, in this respect, far removed from other historical dramas that take the form of action films. Swords and daggers only make rare appearances; major battle scenes are at most only hinted at. Most of the action takes place within the palace; less so in the divan, where the sultan holds court, and more so in the harem, where the women compete with each other for the sultan's favour.

Wrapping the sultan around her little finger

Hürrem (the joyous one), the red-haired slave from the Balkans, wraps the sultan around her little finger and has no scruples in dealing with her female rivals. Because Suleiman ruled for 46 years, and Roxelana initially had to overcome a large number of rivals in order to subsequently ensure that one of her sons moved up the line of succession to be next in line to the imperial throne, there is certainly enough material for countless episodes, which are a magnet for advertising.

What's more, the series is proving a huge hit abroad. Whether it is a coincidence or not, Muhteşem Yüzyil is breaking records in those countries that were once on the fringes of the Ottoman Empire. As is the case with other Turkish series, which portray a relatively modern image of women, it is above all Arabic women who are delighted by the successful wife of the sultan.

In the Balkans in particular, Muhteşem Yüzyil is topping the ratings. From Croatia to Macedonia, it is a huge success. Recently, a competition was run in Bosnia to choose men and women who closely resemble the sultan and the sultana. The winning pair got the chance to travel to Istanbul over New Year to meet the original cast.

Although the furious criticism voiced by conservatives when the series was first launched died down in the face of its huge public success, Prime Minister Recep Tayyip Erdogan waded into the debate just under four weeks ago. And he certainly didn't mince his words. According to Erdogan, the series is an unbearable disparagement of the noble history of the Ottoman Empire. He went on to say that those responsible for the series should be charged with incitement of popular hatred and that he hoped that public prosecutors would soon look into the matter.

When Erdogan lets it rip in this way, there are usually consequences. The producers – and in particular Ferit Sahenk, the owner of Star, the TV channel that is broadcasting the series – must have got a real shock when they heard this. Only a year ago did Star spend a lot of money buying the series from Kanal D, a purchase that could now turn out to be a poor investment. 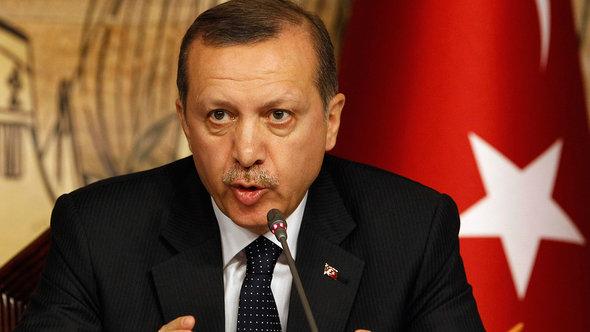 Not amused: according to Jürgen Gottschlich, the Turkish prime minister Recep Tayyip Erdogan "is no longer willing to accept that his greatest paragon, Sultan Suleiman, is being portrayed in what he sees as a 'historically completely incorrect' manner." Erdogan has indicated that charges should be brought against the makers of the series

​​Erdogan, who obviously sees himself more in the role of a sultan than in that of a politician who is elected for a specific period of time, is no longer willing to accept that his greatest paragon, Sultan Suleiman, is being portrayed in what he sees as a "historically completely incorrect" manner, i.e. as putty in the hands of a woman, and that murder and manslaughter play a greater role at the sultan's court than the wisdom of the sultan.

All of this has mobilised commentators across the country into action. They are now busy discussing what the Ottoman era was really like and/or criticising the prime minister's attempts at censorship.

The reaction to Erdogan's statements has thus far been so intense that no public prosecutor has launched proceedings against the makers of the series. Nevertheless, Muhteşem Yüzyil has not escaped completely unscathed.

In an act of hasty self-censorship, the channel announced that it intends to end the series sooner than it had originally planned. Moreover, some scenes with sexual insinuations have since been cut in response to requests from the state film and television regulation body, RTÜK. Moreover, it has been announced that Hürrem is to wear a headscarf more frequently in the future.

But perhaps the worst news so far for the makers of the series has come from Iran: according to reports in a number of Turkish newspapers, the Islamic judiciary in Iran had all dubbing actors working on the series arrested two weeks ago.

This year Annemarie Schimmel, the great German scholar of Islamic studies, would have turned 100. Unique within the German and international academic community of her time, ... END_OF_DOCUMENT_TOKEN_TO_BE_REPLACED

The Palestinian militant organisation Hamas, with Hezbollah's help, is building up a military presence in Lebanon, the ultimate consequences of which could be devastating, writes ... END_OF_DOCUMENT_TOKEN_TO_BE_REPLACED

More and more voices are being raised in Turkey that challenge previous versions of the country's history. These alternative accounts, still largely ignored by official quarters, ... END_OF_DOCUMENT_TOKEN_TO_BE_REPLACED

Violence against doctors and lawyers in Turkey has been growing in recent years. But instead of taking action, the government is openly hostile towards two unions representing the ... END_OF_DOCUMENT_TOKEN_TO_BE_REPLACED

The Sufi Trail is a long-distance hiking route from Istanbul to Konya that seeks to revive the ancient tracks used by foot pilgrims on their way to Mecca. Marian Brehmer spoke to ... END_OF_DOCUMENT_TOKEN_TO_BE_REPLACED

Foresight is needed to turn the tide of German policy. Being independent of Russia must not lead to dependence on authoritarian regimes in the Middle East. By Kristin Helberg END_OF_DOCUMENT_TOKEN_TO_BE_REPLACED
Author:
Jürgen Gottschlich
Date:
Mail:
Send via mail

END_OF_DOCUMENT_TOKEN_TO_BE_REPLACED
Social media
and networks
Subscribe to our
newsletter