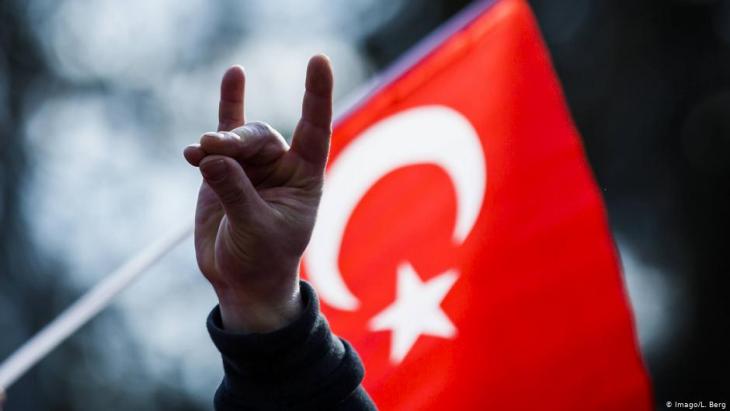 The German Office for the Protection of the Constitution classes them as "far right" and politicians want to ban them: the ultranationalist Grey Wolves movement. It originated in Turkey, where it is the secret power in the country and a political kingmaker. Marion Sendker reports from Istanbul

It would take him just one day, he says, to get a million or so followers of the Grey Wolves out onto the streets in Turkey. "And with a few more hours, I can mobilise two, maybe three million," Azmi Karamahmutoglu says. Until 23 years ago, he was the leader of the ultranationalist movement, but many people still recognise him as a figure of authority: Karamahmutoglu is the foster-son of Alparslan Turkes – the founder of the Grey Wolves.

Turkes, who was trained in the USA by the CIA and NATO, started the movement more than 50 years ago, calling it "Ulkuculer", or "idealists". It was intended as a kind of nationalist counter-movement to the communist endeavours both at home and abroad. At that time, the Grey Wolves prowled the country on the hunt for left-wing radicals and dissidents, sometimes acting like death squads. Many attacks and hundreds of murders can be traced back to them.

These days, they make waves in Turkey first and foremost when local groups threaten ethnic or religious minorities. And the agitation doesn’t stop at the Turkish borders: the Grey Wolves have also been active in other countries for many years. 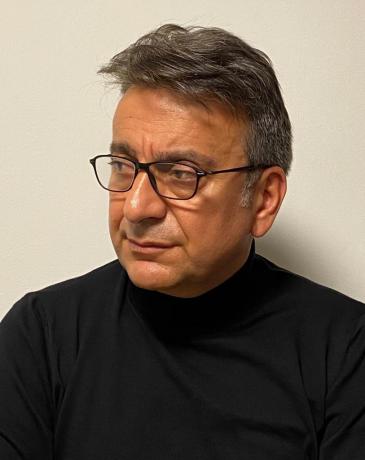 "The movement does not see itself as racist": under observation by Germany's Office for the Protection of the Constitution (BfV), the Grey Wolves and associations close to them have at least 11,000 followers in Germany. They are convinced they belong to a superior Turkish "race". Azmi Karamahmutoglu, former leader of the ultranationalist movement, explains the group's attacks and massacres in the 1970s, in which many members of ethnic minorities died, as being part of the fight against communism

Attacks on Armenians, Kurds or Jews have been attributed to them. And according to some reports, local Grey Wolves groups make a point of approaching people with Turkish origins – especially young people – to impart their far-right ideology to them.

Over the years, all of this has earned them the reputation of being "Turkish Nazis". It’s a term that Karamahmutoglu strongly rejects. "The aim of our nationalism is to develop and enrich Turkish culture."

Right-wing extremism, on the other hand, would put Turkey’s territorial integrity at risk. He says that protecting this is the movement’s number one priority. Their nationalism, he adds, is what people in Europe call "patriotism".

"The movement doesn’t think of itself as racist, either," Karamahmutoglu says. He tells me that the attacks and massacres that the Grey Wolves carried out in the 1970s, in which many members of ethnic minorities lost their lives, were part of the fight against communism.

Defending the nation is the practical expression of the Grey Wolves’ dream of "Turan": an empire uniting all the Turkic people, from Asia to Europe and all the way to North Africa.

There are people from various Turkish societies living there. But this is about the cultural and ethnic tribe of the Turks, rather than the Republic of Turkey. Their symbol is the wolf, which is revered in Old Turkic shamanistic mythology as a magical helper.

"There is a secular character to nationalism"

Islam plays no role in this. But even so, for many years the Grey Wolves have also been regarded as defenders of Islam. That Turkish-national and Islamic values should be inseparable for the Grey Wolves is something that academics worldwide call the "Turkish-Islamic synthesis". Karamahmutoglu sees this as a misunderstanding. "There is a secular character to nationalism," he emphasises, and reminds me that in its early years, the movement advocated for secularism.

Anti-Semitic motifs have no place at Germany’s documenta art show or anywhere else in the world, stresses Meron Mendel, director of the Anne Frank Educational Centre in Frankfurt ... END_OF_DOCUMENT_TOKEN_TO_BE_REPLACED

A new exhibition, "Syria – Against Forgetting", at Cologne’s Rautenstrauch-Joest-Museum focuses on Syria's artistic and cultural heritage and pays tribute to the country before ... END_OF_DOCUMENT_TOKEN_TO_BE_REPLACED

Madrid's about-face on the Western Sahara conflict has enraged Algeria. Trade relations have been frozen unilaterally and a cut in gas supplies to Europe could be in the pipeline ... END_OF_DOCUMENT_TOKEN_TO_BE_REPLACED

Yazan Khalili is spokesman for The Question of Funding, a collective of artists taking part in the leading German contemporary art festival Documenta 15. Here, he responds to ... END_OF_DOCUMENT_TOKEN_TO_BE_REPLACED

Mourad al-Marouai was just nine when a landmine killed him on a beach in war-torn Yemen, a tragedy that will haunt his family forever. After a swim, the little boy "suddenly ... END_OF_DOCUMENT_TOKEN_TO_BE_REPLACED

END_OF_DOCUMENT_TOKEN_TO_BE_REPLACED
Social media
and networks
Subscribe to our
newsletter