Estrangement from the West and rapprochement with Russia did not happen without reason. Protests from the United States and the EU against Erdogan's increasingly authoritarian behaviour played a role, but also that the EU did not keep its promise.

Instead of listening to criticism from the club he believed didn't even want him, Erdogan turned to Russia. Tensions were further exacerbated when he received no support from the West following the 15 July coup attempt. The United States and European nations refused to deport Gulenists suspected of being behind the coup and Erdogan ramped up the anti-western discourse. America's support for the PYD, which is linked to the terrorist PKK, was the last straw.

Nevertheless, no event of the past 15 years has fuelled anti-American sentiment within the AKP to the same extent as the arrest of the businessman Reza Zarrab. The Turkish-Iranian dual national was arrested last year while on holiday in Miami. The Americans accuse him of violating the Iran embargo "with the knowledge of the Turkish government".

The background is complex: in late 2013, Gulenist police officers and public prosecutors conducted a large-scale anti-corruption operation affecting four of Erdogan's ministers. Telephone calls from Erdogan and members of his family were made public, Erdogan's response was vehement. The sons of the ministers and the businessman Zarrab, who had been detained in connection with this matter, were immediately released, the Gulenist cadre responsible for the operation was dismissed and several of them put behind bars themselves for a "civil coup against the government".

Past master of political point-scoring

This anti-corruption operation, the first open clash between Erdogan and his former partner Gulen, is now back on the agenda again. Following Zarrab, the vice chairman of a state bank travelling to America for a meeting was arrested there. 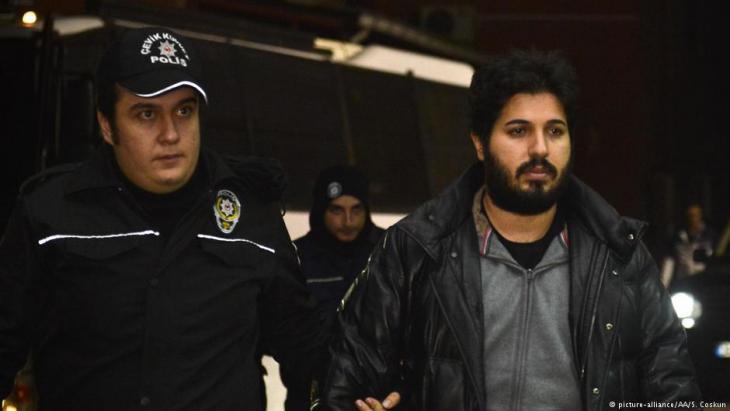 A court case with potentially explosive political consequences: facing trial in the U.S., millionaire businessman Reza Zarrab is accused, among other things, of circumventing U.S. sanctions against Iran and money laundering. Also accused are Turkish banker Mehmet Hakan Atilla and the former Turkish minister for the economy, Zafer Caglayan (the latter in absentia). Caglayan′s son and the sons of two other Turkish ministers were investigated during a corruption scandal in 2013. The current president, Erdogan, formerly the prime minister, also faced accusations of corruption

A warrant has also been issued in the U.S. for the arrest of a former minister from Erdogan's cabinet involved in the 2013 operation. The trial is set to begin in early December. U.S. media are reporting that Zarrab will dish the dirt and name the "collaborators in Ankara".


As the hearing date approaches, government and loyal media are indulging in anti-Americanism. They claim that America is planning a "new conspiracy". State prosecutors were able to make use of the evidence and tap recordings presented by Gulenist police officers in the 2013 operation. Ankara is beside itself with rage.

When Zarrab was arrested in March 2016 in Miami, Erdogan's first reaction was: "we're not interested, the matter has nothing to do with our country." But now it has emerged that Zarrab, who is facing demands for a 95-year sentence, is ready to co-operate with public prosecutors and Erdogan is furious: "they want to make our citizen a key witness? We'll make sure there′s a global outcry – by exposing everything." 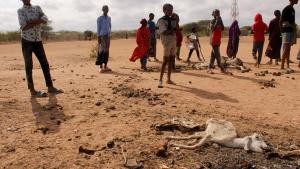 Somalia is still facing unprecedented drought and high inflation, ruining the livelihoods of many and causing widespread hunger. Dadaab refugee camp in eastern Kenya, where ... END_OF_DOCUMENT_TOKEN_TO_BE_REPLACED

Any reconciliation between Turkey and Syria’s Assad regime would have disastrous consequences for many Syrians, explains Syria expert Kristin Helberg END_OF_DOCUMENT_TOKEN_TO_BE_REPLACED

There are signs of an imminent normalisation of relations between Turkey and Syria. This would allow Erdogan to score political points domestically before the upcoming elections ... END_OF_DOCUMENT_TOKEN_TO_BE_REPLACED

At the end of every year, the team at Qantara.de gives you a run-down of the ten most-read articles on the site over the past 12 months. Here is a quick overview of the stories ... END_OF_DOCUMENT_TOKEN_TO_BE_REPLACED

Social engagement is often motivated by religious factors. A new book explores the background to these community efforts and appraises how effective they are in helping to ... END_OF_DOCUMENT_TOKEN_TO_BE_REPLACED

Recent efforts to rehabilitate Assad are setting a damaging precedent for accountability, just as the international community is expressing the need to hold Russia to account for ... END_OF_DOCUMENT_TOKEN_TO_BE_REPLACED
Author:
Bülent Mumay
Date:
Mail:
Send via mail

END_OF_DOCUMENT_TOKEN_TO_BE_REPLACED
Social media
and networks
Subscribe to our
newsletter