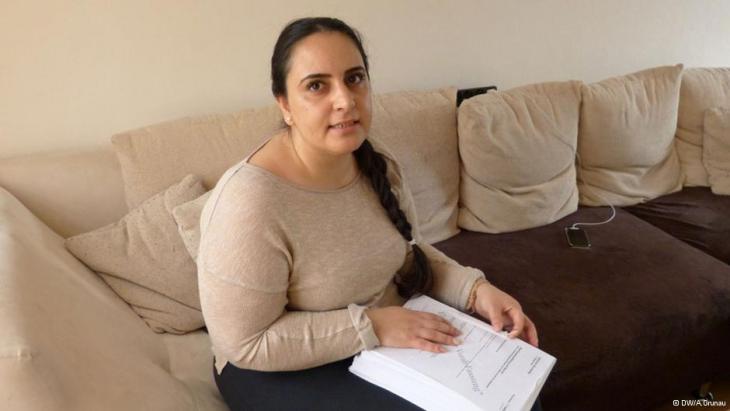 When she appears in court, Gamze Kubasik will testify in the presence of those accused of killing her father. She hopes for composure. She also seeks justice and a sense of "inner peace" that vanished in April 2006. Andrea Grunau reports

She cannot sleep the night before an NSU trial court date. That much Gamze Kubasik knows from previous trips to the Higher Regional Court in Munich. Now, the tension is higher. This week (5.11.213), the young woman from Dortmund, a joint plaintiff in the trial, will be testifying against those accused of murdering her father, Mehmet Kubasik. She will speak in front of Beathe Zschäpe, the primary defendant who, together with four other men, is accused of supporting the right-wing terror group National Socialist Underground (NSU).

Kubasik refers to Beate Zschäpe as "the woman" or "the person". She also recalls her feelings when Zschäpe entered the courtroom on the first day of the trial in May 2013. 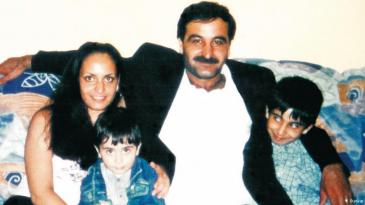 The happy family that was: Mehmet Kubasik, here with this three children

It confirmed what I always thought of her, that she is not a human being. There were no signs of remorse on her face," Kubasik said in an interview with DW.

Kubasik says she had the impression that Zschäpe's proud, televised appearance that day, with her smiling lawyers in tow and even allegations of "flirting," was little more than a provocation. For Kubasik, though, it was unbearable. Still, she wants remain calm and composed in the courtroom. Zschäpe, the primary defendant, has refused thus far to give evidence. It is of even more importance, therefore that Kubasik and her mother testify - "That we are able to raise our voices," she says. "Me as a daughter, and my mother as a wife."

From victim to villain

Kubasik wants everyone to hear how their lives were derailed on April 6, 2006, the day her father, Mehmet Kubasik, was brutally killed in his shop in Dortmund in western Germany. Her father's "humanity was taken away," she said. The police turned their investigations on the victim, asking neighbors and relatives about drug operations, money laundering and connections to the mafia. The investigation reached as far as Turkey, the country from which Kubasik's parents immigrated to Germany.

Soon, people began to whisper, spreading rumors about the father of three. Kubasik can still recall the slander: "A drug dealer - thank god he didn't get a hold of my children."

Kubasik wants to tell the judge how difficult it was, how much her father is missed, particularly as the sole wage earner of the family. "My mother and I didn't eat at the end of the month, so that my siblings wouldn't notice." 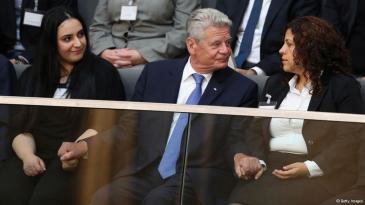 Support for the families of the victims: German President Joachim Gauck grips the hands of family members, including Gamze Kubasik (left), of NSU murder victims prior to debates over the report prepared by the NSU Bundestag investigation commission on September 2, 2013 in Berlin, Germany

In Dortmund, the authorities looked in the wrong direction - just like in the other nine murder cases later attributed to the NSU. "The authorities failed, and some of the murders could have been prevented," said Kubasik, referencing the findings of the parliamentary investigatory committee that researched the case. She was in Berlin when parliament debated it; President Joachim Gauck was seated next to her, hoping to provide support for the families of the victims. Kubasik now has a copy of the committee's findings. After testifying in Munich, she intends to read report in its entirety.

And while she appreciates her meeting with Chancellor Angela Merkel and the work of the NSU investigation committee, "Still, nothing happens," she says. She still worries that documents went missing. Furthermore, she feels that not everything will ultimately be revealed, nor that all NSU supporters will go on trial.

"For me, it's not enough when someone admits that there was a failure, and they therefore apologize," she says. "Do they realize that I lost my father?"

It is still agony for her "to think that my father could still be alive." When grief overcomes her, she sometimes thinks, "I'll pack my bags - I never want to see this country again."

The 28-years old does not want her mother and her younger brothers to notice her grief, though. Her mother, Elif Kubasik, still suffers from anxiety. She also wants to spare her brothers. Her youngest brother is 13 years old - "Still a child," she says. Her other brother, now 18, wants to travel to the trial in Munich for the first time. His older sister has to get used to the thought.

Close to the train station Dortmund, there's a memorial for the ten NSU victims: benches near placards written in Turkish and Greek to commemorate the cultural identities of the victims. 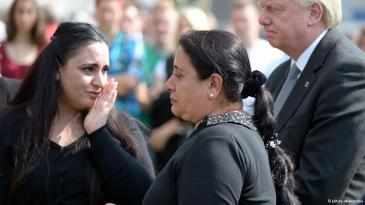 Hoping to find inner peace and to lead a normal life: Visiting the memorial in Dortmund gives Kubasik a sense of reassurance

Gamze Kubasik and her husband often come here. It was important for her that the memorials were set up in German cities. "It reassures me that such things will never be forgotten," she said. She is relieved that one day she might come here with her own children and they will know, "That was our grandpa."

"Never again" is written on the memorial, and whenever Gamze Kubasik takes part in events against right-wing violence, she advocates that message.

"As the daughter of Mehmet Kubasik, that is my mission," she said.

In Munich too, she wants to speak as a daughter. She wants "total clarification" - but hastily adds, "I don't know if it will ever happen."

Gamze Kubasik also hopes for "justice" - "That those responsible will be sentenced for killing people, or at least for having assisted in killing people."

When everything is concluded, she hopes to find inner peace and to lead a normal life. "That is my fondest wish," she said.

Dalia Hatuqa is an experienced journalist who has reported on the Israeli-Palestinian conflict from Ramallah, Washington DC and Amman. A writer for Time Magazine, Foreign Affairs ... END_OF_DOCUMENT_TOKEN_TO_BE_REPLACED

Since President Abdul Fattah al-Sisi seized power in Egypt in 2013, he has ruled the country with an iron fist. Civil society, opposition and free press struggle to survive. Tens ... END_OF_DOCUMENT_TOKEN_TO_BE_REPLACED

Many Turks are dissatisfied with the international status of their country. At the same time, opinion polls reveal great scepticism among the Turkish population towards the USA. ... END_OF_DOCUMENT_TOKEN_TO_BE_REPLACED

The German government is planning to legalise cannabis before the end of this legislative period. So what does Islam have to say about its consumption? Will changing the law alter ... END_OF_DOCUMENT_TOKEN_TO_BE_REPLACED

END_OF_DOCUMENT_TOKEN_TO_BE_REPLACED
Social media
and networks
Subscribe to our
newsletter