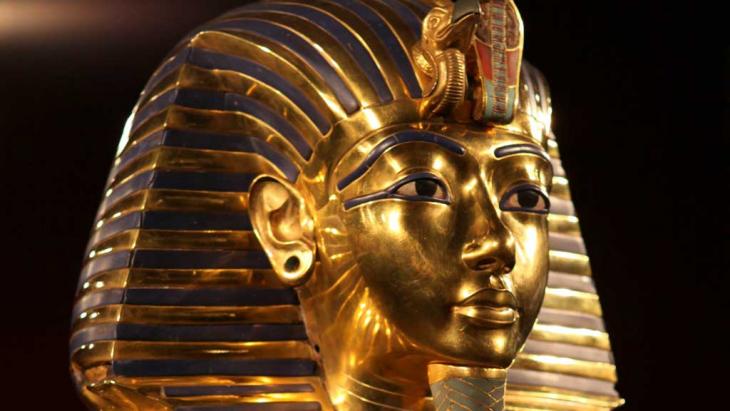 Tutankhamun – His Grave and His Treasures
Replicas that Dazzle and Impress

The treasures discovered in the tomb of the Egyptian pharaoh Tutankhamun are some of the most significant finds in the history of archaeology. A replica of the pharaoh's burial chamber is now on display in the German city of Nuremberg. By Sonja Hegasy

Although experts might have been expected not to be impressed by the exhibition "Tutankhamun – His Grave and His Treasures", the opposite was in fact the case. The didactic presentation of the subject matter and the outstanding quality of the replicas of the treasures taken from the tomb of Ancient Egypt's youngest pharaoh (1341–1323 BC) has won over even Egyptian archaeologists. The exhibition first opened in Zurich in 2008 and has been touring Europe ever since.

This collection of replicas is no Pharaonic Disney World. On the contrary: 1,000 replicas of the 5,000 original objects were created to scale and with minute attention to detail by Dr Mostafa El-Ezaby, one of the most famous sculptors in Cairo. By comparison, the world-famous Tutankhamun exhibition of the early 1980s under the patronage of Anwar al-Sadat and Karl Carstens contained 55 original pieces.

Pulling in the crowds

Ever since, Tutankhamun exhibitions have been pulling in the crowds again and again all over the world. The very human feeling of disquiet generated by Tutankhamun's mysterious death has fascinated generations across the centuries and continues to do so to the present day.

It took a team of renowned international experts five years to prepare the exhibition. The exhibition provides a concise and clear introduction to the history of the pharaohs, provides information on the artefacts, and uses contemporary photos to tell the exciting story of the discovery of the tomb by Howard Carter in 1922. 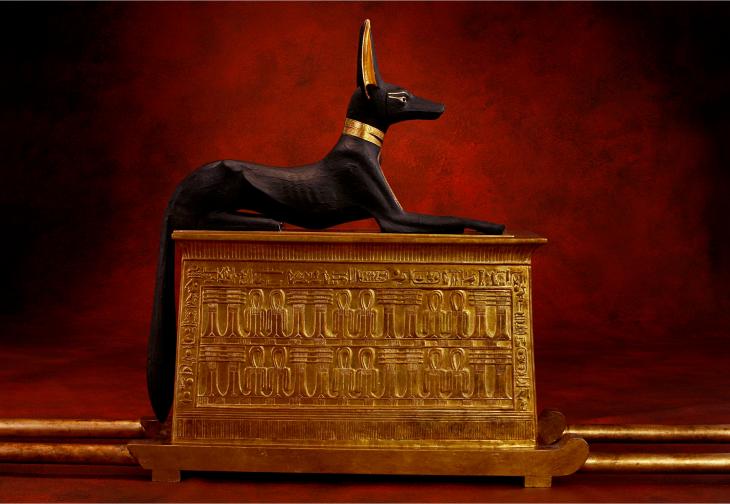 With about 1,000 replicas of actual artefacts, the exhibition "Tutankhamun – His Grave and His Treasures" tells the story of the discovery of Tutankhamun's tomb and the treasures it contained, explains its historical significance, and puts it in context in a most instructive and entertaining way

Thanks to Harry Burton, photographer of the Metropolitan Museum of Art, over 2,800 first-class negative plates showing the opening of the grave have survived. In the final part of the exhibition, some of the spectacular treasures from the burial chamber are on display: golden coffins, massive shrines that barely fitted into the burial chamber, masks, grave goods for his use in the hereafter, jewellery, chariots, amulets, the coffins of his children, a throne, and much, much more.

The original, world-famous burial mask of the young pharaoh is made of 11 kg of gold. Epoxy resins, plaster, and original materials such as wood, stone, and gold leaf were used to make the replicas instead of the solid gold of Tutankhamun's day. Nevertheless, the exhibits look very real and their beauty is spellbinding. The sculptor was even advised to sign his work in order to avoid it being mistaken for the originals.

The modern Egyptian craftspeople who made these replicas also used ancient techniques in order to be able to create the most accurate copies possible.

Only in an exhibition of replicas is it possible to show exhibits at close quarters without the protection of glass showcases. Just under five million euros was spent on the entire exhibition. Dr Martin von Falck, the exhibition's most senior academic, sees the replicas as didactic illustrative material that also brings together artefacts that were scattered over several locations.

As wonderful as these replicas may be, artists, academics, and those interested in Ancient Egypt will always want to see the originals. This is why, right at the start of the audio tour, the exhibition organisers make it absolutely clear that the exhibits are replicas and advise visitors to visit the original sites.

Translated from the German by Aingeal Flanagan
Editor: Lewis Gropp/Qantara.de

Sisi’s mismanagement has plunged the country into crisis. Both political and economic reform is needed to save it, writes Abdelrahman Mansour END_OF_DOCUMENT_TOKEN_TO_BE_REPLACED

The devaluation of the Egyptian pound combined with rising food prices is taking its toll on Egypt. More and more people are slipping into poverty. Karim El-Gawhary reports from ... END_OF_DOCUMENT_TOKEN_TO_BE_REPLACED

Egyptian Sufis have been on the defensive against the country's Islamists for decades. Meanwhile, interest in mysticism is growing among the young members of Cairo’s middle and ... END_OF_DOCUMENT_TOKEN_TO_BE_REPLACED

Abortions are illegal in Egypt unless they are necessary to save a married woman's life. But that doesn't stop local women from having one. Egyptian society needs to acknowledge ... END_OF_DOCUMENT_TOKEN_TO_BE_REPLACED

Food prices doubled, salaries halved, banks restricting withdrawals: Egyptians now have the same problems as the Lebanese. But if things get worse here, the fallout will be far ... END_OF_DOCUMENT_TOKEN_TO_BE_REPLACED

END_OF_DOCUMENT_TOKEN_TO_BE_REPLACED
Social media
and networks
Subscribe to our
newsletter