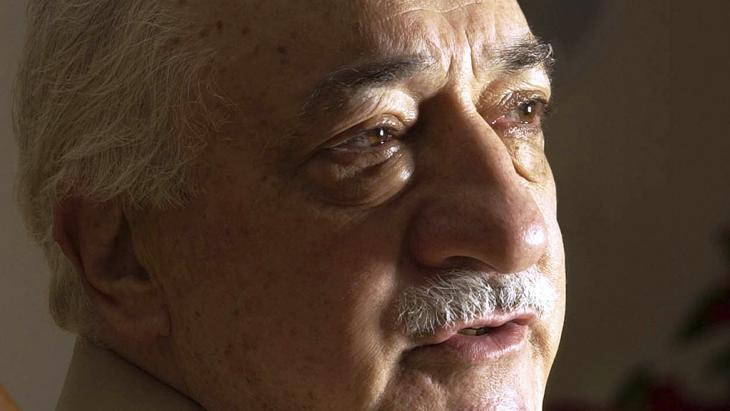 The American sociologist of religion Helen Rose Ebaugh and the German journalist Jochen Thies wanted to take a closer look at the Gülen movement and the educational activities of its adherents. Both books, however, lack the necessary critical distance says Jan Kuhlmann

Lingering doubt can sometimes be much worse than being proven guilty. It provides a fertile ground for rumours and conspiracy myths. The adherents of the Turkish preacher Fethullah Gülen know this all too well. Wherever they appear, all manner of evil is imputed to them. Some say the movement is an Islamic wolf in a tolerant sheep's clothing. Others accuse them of aiming to Islamize society and that they are striving to set up a theocracy complete with Sharia law.

At the same time, one can observe another phenomenon in the debate over the Gülen movement. While critics can't seem to hammer down enough on the predominantly Turkish followers of the preacher, they are hailed by others as prime examples of modern, reformist, and sometimes even too liberal Muslims. The picture here is black, there white, but the grey tones are nowhere to be seen. 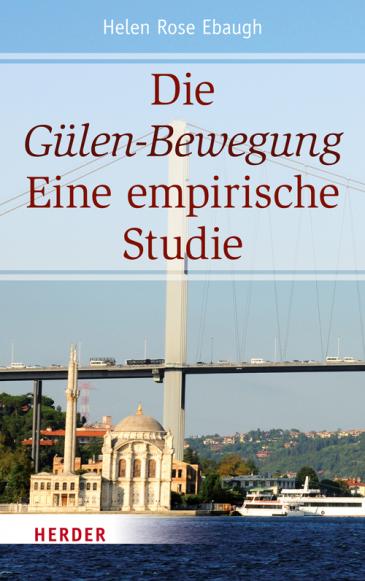 The commitment shown by the Gülen adherents has inspired Helen Rose Ebaugh with such enthusiasm that she has produced a work of genuine hagiography – with all of the attendant errors of such a genre, criticizes Kuhlmann

Yet, there is another and more compelling reason to take a closer look at the Gülen movement. The number of its adherents worldwide is growing. Its level of social commitment puts other religious groups to shame. Gülen places the precept of "service to society", or "Hizmet" in Turkish, at the core of his sermons, and for this reason, the Gülen supporters prefer to call their network the "Hizmet movement".

Build schools instead of mosques

And they follow Gülen's appeal to build schools instead of mosques. They have established kindergartens, high schools, technical schools, and tutoring institutions, even in Germany. In Berlin, the movement has transformed the grounds of a former army barracks into an "educational campus". Some Gülen adherents here are even dreaming of founding their own university.

Two books have recently been published with the aim of shedding greater light on the movement. In her book "The Gulen Movement", the American sociologist of religion Helen Rose Ebaugh attempts to understand the enthusiasm and the financial mechanisms of the group. The German journalist Jochen Thies offers a glimpse of the Gülen movement's educational initiatives in Germany with his book "We Are Part of This Society" (Wir sind Teil dieser Gesellschaft). As such, the two volumes actually do address important issues. It is a shame, however, that both books suffer from the same problem, namely, that they lack the necessary critical distance to the Hizmet movement.

In the case of Ebaugh, the commitment shown by the Gülen adherents has inspired the author with such enthusiasm that she has produced a work of genuine hagiography – with all of the attendant errors of such a genre. Readers will discover in its pages only happy altruists who want to do nothing else but lend a helping hand to others and are even prepared to give the shirt off their back in the process. Ebaugh comes to the conclusion that Gülen has succeeded in tapping into the "philanthropic dynamism" already inherent in Turkish-Islamic society.

Reward in the hereafter

The grassroots structure of the movement provides members with great leeway for personal commitment. Adherents believe in the goals of the movement and their strong willingness to donate serves to increase their bond to the group. They also hope that their commitment will be rewarded in the hereafter.

In this respect, Ebaugh does point in the right direction. Her information, however, is based solely on accounts provided by Gülen adherents and no analysis critical of these sources is included in her text. She quotes industrialists and other business people who supposedly annually donate between 40 and 70 per cent of their income on projects of the movement. And, of course, all this is done out of purely altruistic motives.

As to any further mechanisms that might lie beneath the surface, Ebaugh offers no comment. She does, at least, remark in passing that information on donation sums is disclosed in local circles of the movement. Whether this results in social pressure difficult for members to evade does not seem to be a matter that interests Ebaugh. Nonetheless, it is an important question.

In other sections of the book, she arrives at conclusions without citing a single solid piece of evidence. For instance, she claims that the majority of shareholders in the Turkish Asya Bank, which was founded by Gülen, have never even heard of the preacher or of his movement. Considering the popularity of Gülen in Turkey, this claim is rather implausible. 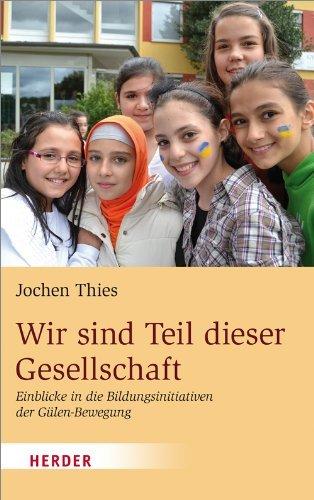 The book "We are Part of this Society. Insights into the Educational Initiatives of the Gülen Movement" suffers from the fact that the author writes without any narrative development. He either ignores crucial issues or just barely touches upon them, claims Kuhlmann

Moreover, Ebaugh completely ignores other important aspects of the movement, particularly that the Gülen network is not only motivated by religious concerns, but, above all, offers adherents the chance of upwards social mobility. Within its ranks, formerly disadvantage members of society strive to advance themselves and form a new middle class. This is a decisive factor in explaining the commitment and cohesiveness of the Gülen movement's rank and file.

This also explains why education is so important for them. Jochen Thies spent months researching Gülen movement schools in Germany. He visited a number of institutions and conducted many interviews with those involved in the schools. Although some readers might be distracted by the author's rather paternalistic tone, Thies has nonetheless studiously collected a great deal of information on the various institutions.

His book thereby contributes to putting an end to the demonization of the Gülen movement and shows these educational institutions for what they truly are – completely normal private schools, in which the classes are comparatively small and the expectations of scholastic excellence proportionately higher. The almost exclusively Turkish student population is so strongly attracted to the Gülen schools, because the girls and boys have often had bad experiences elsewhere. The state educational system has no reason to boast on this account.

The book, however, suffers from the fact that the author writes without any sense of narrative development. Thies either ignores crucial issues or just barely touches upon them. For example, there are no classes in religion at the Gülen schools – something unimaginable at Christian educational facilities. It would be completely legitimate, therefore, if the Gülen schools were to teach children about the fundamental issues of Islam.

These institutions have dispensed with religion courses well in the knowledge that they would otherwise be accused of being "Koran schools", a label that arouses unpleasant connotations among many in Germany. A majority of the parents at Gülen schools, however, would appear to prefer that their children received religious education.

A quiet revolution in education

It would have been interesting had the author discussed the pros and cons of this issue. Yet, Thies has chosen to remain silent here, just as he similarly refuses to address the relationship of the administration, teachers, parents, and the schools themselves to religion.

The reader also learns very little concerning the pedagogical programme, achievement pressure, and the financing mechanisms of the schools. Instead, Thies gets heated up about the supposedly too casual clothing and too long hair of German teachers, while administrators at Gülen schools all dress in pin-stripped suits. It is difficult to imagine a more superficial treatment of the subject.

The book plunges into the absurd when Thies, for whatever reason, gets agitated about parking spaces for the disabled in Germany or contemplates that the time is ripe to sink the "to some extent ridiculously strict building code in Germany". But what does this have to do with the subject at hand?

As such, the book is ultimately a missed opportunity. It does not provide a fair account of the significance of the Gülen movement's activities in the educational sphere in Germany. Yet, in one respect, Thies hits the nail on the head. The schools are the place where "a quiet revolution in education is unfolding".

In "Sprache und Sein" (Language and Being) the activist Kubra Gumusay critically examines the function of language – the narratives that reflect and determine the realities of ... END_OF_DOCUMENT_TOKEN_TO_BE_REPLACED

Award-winning Indian author Rahman Abbas spent time in Europe last year researching "the Holocaust and the future of minorities in India and Pakistan". To mark VE Day on 8 May, he ... END_OF_DOCUMENT_TOKEN_TO_BE_REPLACED

A muezzin call to prayer via loudspeaker is legally permissible in principle, but various basic rights and interests must be considered, explains professor of law Mathias Rohe in ... END_OF_DOCUMENT_TOKEN_TO_BE_REPLACED

Repression and despotism takes many forms. Yet as varied as these phenomena are, they all share a common core, argues Tarek Azizeh. Revolutions accompanying the struggle for ... END_OF_DOCUMENT_TOKEN_TO_BE_REPLACED

For the first time anywhere, Syrian intelligence officers are facing trial – in Germany. The court aims to probe the defendant's alleged crimes, as well as cast light on Bashar al ... END_OF_DOCUMENT_TOKEN_TO_BE_REPLACED

The refugee crisis on Turkey's borders can only be resolved with a new EU deal. It should build on the current plan, but avoid its flaws, writes Ozgur Unluhisarcikli of the German ... END_OF_DOCUMENT_TOKEN_TO_BE_REPLACED
Author:
Jan Kuhlmann
Date:
Mail:
Send via mail

END_OF_DOCUMENT_TOKEN_TO_BE_REPLACED
Social media
and networks
Subscribe to our
newsletter