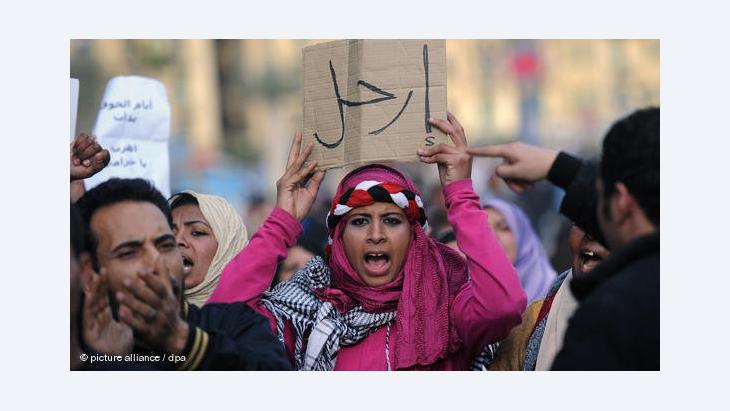 Two Years after the Arab Revolution

Disillusionment in the Middle East

﻿Syria is caught up in a civil war, Islamists are in power in Cairo and Tunis, Turkey is caught between fronts and the Mideast peace process is stalled. What to make of the region two years after the Arab Revolution? By Bettina Marx

﻿The euphoria over the fall of dictators in Tunisia, Egypt and Libya is gone. The bloody civil war drags on in Syria, as a horrified public and helpless politicians stand by. And the persistent and massive repression of the opposition in Bahrain has nearly disappeared from the headlines.

Nevertheless, Andreas Reinicke, the EU's Special Representative for the Middle East, remains optimistic. "I am convinced that the Arab world will develop in the direction of more openness and freedom," he said, though conceding that one must remain realistic. "I think we will have to think in decades, rather than in years," said Reinicke, adding that Europeans should remain patient and positive.

The new conditions have led to power shifts in the region: Syria has lost its leading position, while Egypt appears to be regaining its usual role as Arab leader.

End of an era 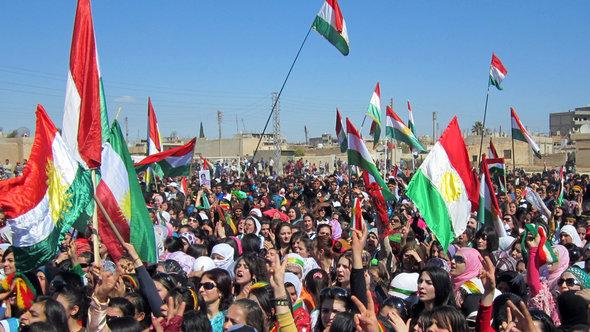 Renaissance of Kurdish nationalism: The Arab Spring has lead to growing influence of minority groups. Pictured: Syrian Kurds wave the Kurdish flag as they rally against the Syrian regime in the northern city of Qamishli on 21 March 2012

​​According to Soli Özel, a Turkish economist and political scientist living in Istanbul, the upheaval in the Middle East marks the end of the post-Ottoman system, a political world view created by Britain and France.

"It's never fun to witness the collapse of an empire," said Özel. "It's too bloody and terrible." He said the post-Ottoman system relied on Sunni domination, a model that was shaken by the first Gulf War and the creation of the Kurdish security zone in northern Iraq.

Kurdish nationalism is now on the rise and Sunni domination has been surpassed by the rise of Shiite Islam, with ethnic and religious minorities splintering off all over the place. This process is most evident in Syria, where the peaceful uprising of opposition groups against the dictatorship has become a multi-ethnic civil war.

Throughout the Middle East and North African region, there are really only four countries that are reasonably stable: Iran, Turkey, Israel and Egypt. Only one of these countries, Egypt, is almost entirely Sunni. But even these four states have been rocked by internal and external conflicts.

Set against these dramatic upheavals, Turkey has gained greater importance in the region. "Whenever the West is in trouble, it calls for Turkey," said Özel. The secular state, a NATO member, is expected to serve as a model for the post-revolutionary Arab states with their new Islamist governments. 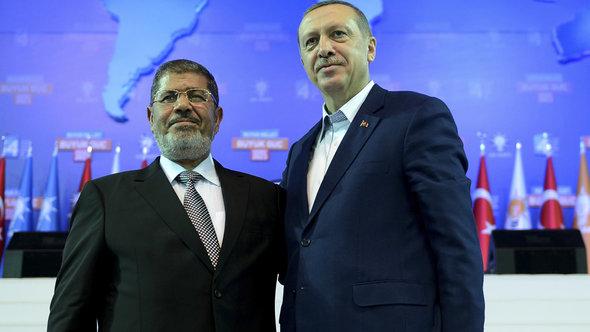 Some say Turkey could show the Arab states how to combine Islam and democracy, and even Islam and secularism – but some critics like Binnaz Toprak argue Turkey shows that Islamic parties are able to take power through democratic elections, and then take advantage of their power to destroy democracy

​​"One of the reasons why, in the last 30 years, we didn't see any transition to democracy in the Arab World is that we only had Iran as a model," said Radwan Masmoudi, the Tunisian founder and president of the Center of the Study of Islam & Democracy (CSID), a Washington-based non-profit organization.

This model has not succeeded, and now Turkey offers a new direction. Even though it may not be perfect, it could show the people of Tunisia and Egypt how to combine Islam and democracy, and even Islam and secularism.

But Binnaz Toprak, a member of the European Parliament for the social democratic Turkish opposition party CHP, recommends exercising caution in using Turkey as a model. She says the country is not a liberal democracy in the Western sense.

According to Toprak, under Prime Minister Recep Tayyip Erdogan and his Islamic party AKP Turkey has become a one-party state in which the Alevi minority are suppressed and excluded and only party members can find jobs. Democratic rights have been terminated, the media has been silenced and the legal system has been eroded. Instead, Turkey shows that Islamic parties are able to take power through democratic elections, and then take advantage of their power to destroy democracy.

Along with Turkey, the European Union has also been directly affected by the developments in the Middle East and North Africa. "The Middle East is not out there," said Özel. "It's here. It belongs to Europe."

Annegret Bendiek of the German Institute for International and Security Affairs warns against high expectations of the European Union. The EU's associated partnership program was designed to help 16 neighboring countries from Belarus to the Caucasus, the Middle East and northern Africa, Bendiek explained. The goal had to be to create a region of stability, security and prosperity. 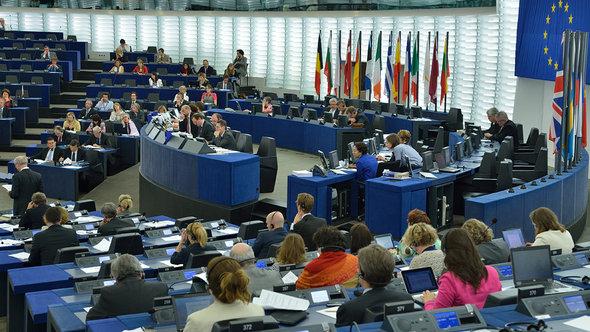 High expectations: political analyst Annegret Bendiek says the ubiquitous idea of a Marshall plan for the Middle East is something that could only ever work with the support of the wealthy Arab monarchies

​​But the EU was quickly reaching its political and financial limits, not least because of differing interests among its own member states. Bendiek says the ubiquitous idea of a Marshall plan for the Middle East is something that could only ever work with the support of the wealthy Arab monarchies.

Egyptian Human Rights activist Heba Morayef of Human Rights Watch in Cairo strongly criticized the EU's policy on the Arab world. She condemned the long-standing cooperation between Europe and the now fallen dictators in Egypt, Libya and Tunisia. "The EU has no human rights policy," Morayef judged. She says in future the European Union should only commit to achieving human rights goals in writing if Brussels was prepared to work toward actually reaching those targets.

Among the 24 squads at the Euros, dozens of players with African roots will turn out in the June 11-July 11 tournament. Several of them are top names at this pan-continental event ... END_OF_DOCUMENT_TOKEN_TO_BE_REPLACED

Reading Hassan Blasim's God 99 is an immersive experience of grief and exaltation, anger and disgust, writes Marcia Lynx Qualey. We join the Iraqi narrator as he sits around in ... END_OF_DOCUMENT_TOKEN_TO_BE_REPLACED

Turkey's parliamentary and presidential elections are scheduled for June 2023. But they are already casting a shadow. While the opposition is calling for early elections, ... END_OF_DOCUMENT_TOKEN_TO_BE_REPLACED

Recep Tayyip Erdogan, disappointed by the European Union’s reluctance to integrate Turkey into its ranks, has re-directed his country’s diplomacy toward the Maghreb and Africa to ... END_OF_DOCUMENT_TOKEN_TO_BE_REPLACED

A law is currently being debated in Morocco that would legalise the cultivation and export of medicinal cannabis. For many small farmers, this would bring considerable advantages ... END_OF_DOCUMENT_TOKEN_TO_BE_REPLACED
Author:
Bettina Marx
Date:
Mail:
Send via mail

END_OF_DOCUMENT_TOKEN_TO_BE_REPLACED
Social media
and networks
Subscribe to our
newsletter