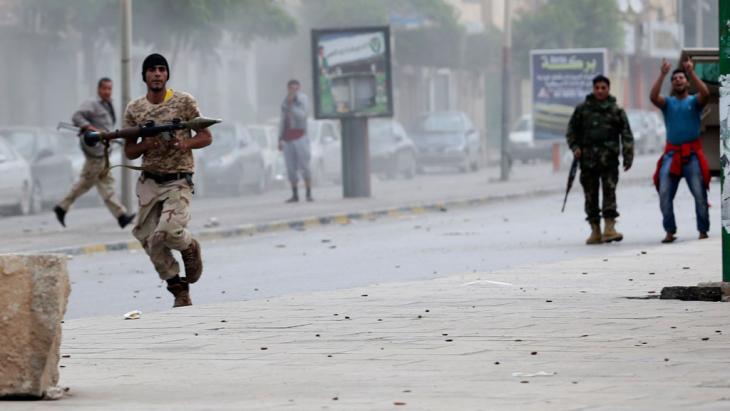 Two Years after the Overthrow of the Gaddafi Regime
Are We Facing a Second Somalia?

The kidnapping of Libyan Prime Minister Ali Zeidan in early October provides clear proof of how catastrophic the situation is in Libya two years after the overthrow of the Gaddafi regime.

The popular uprising in Libya was massively influenced by the NATO military intervention. And it is now clear that the country, still undergoing reconstruction, is confronted with far more complex challenges than those facing Egypt or Tunisia, for example. The euphoria that followed the overthrow of Gaddafi has long since evaporated. Two years after the end of the dictatorship, there are still no functioning state institutions in the country.

It would be irresponsible to maintain that Libya now stands at the crossroads. This junction was left behind long ago, and, unfortunately, events have propelled the country in the opposite direction. Now, Libya is heading at full speed towards becoming a second Somalia. In order to escape this scenario, the country must overcome a number of very serious challenges. 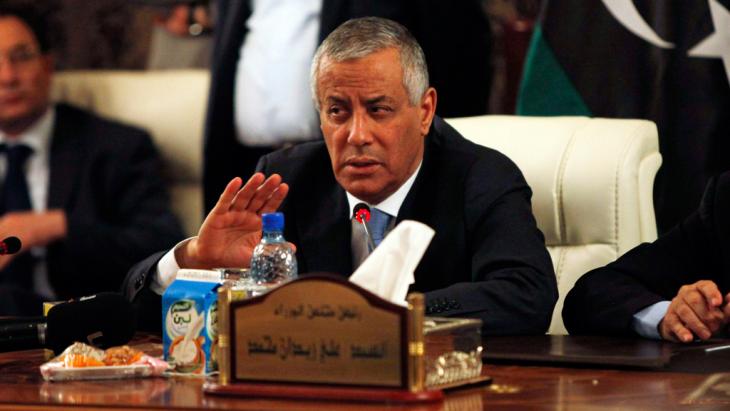 In the stranglehold of militias and clans: In mid-November, Libya's Prime Minister Ali Zeidan announced plans for harsher measures against former revolutionary brigades, after militia members recently unleashed a bloodbath among demonstrators in Tripoli

The recent kidnapping of Prime Minister Zeidan has made absolutely clear that the security situation in Libya remains unmanageable. If even the Prime Minister can be kidnapped from the Corinthia Hotel, frequented by international guests and one of the most secure locations in the country, then how are average Libyan citizens coping with the situation?

Caught in the whirlpool of lawlessness

Although the militias are financed by the state, they are not under government control and have developed into an army composed of unemployed young men. Today, it is difficult to differentiate between the revolutionaries who fought under the leadership of NATO and the "rebels" who are taking advantage of the precarious security situation. Far removed from any media scrutiny, criminal groups attack whole regions on a daily basis.

Libyan Foreign Minister Abdul Ati al-Obeidi was certainly correct when he announced that weapons had fallen into the hands of close to 16,000 criminals, who were posing as "rebels". These weapons were those delivered two years ago by NATO or those looted from the weapons arsenal of the Gaddafi regime. This situation is sucking Libya ever deeper into a whirlpool of lawlessness.

Since October 2011, all of Libya's transitional governments have failed in one of their most important tasks, namely, in disarming the rebels. Yet, as long as the new leadership remains impotent in stopping the trade in arms within the country, it will surely fail in its fight against international smuggling. 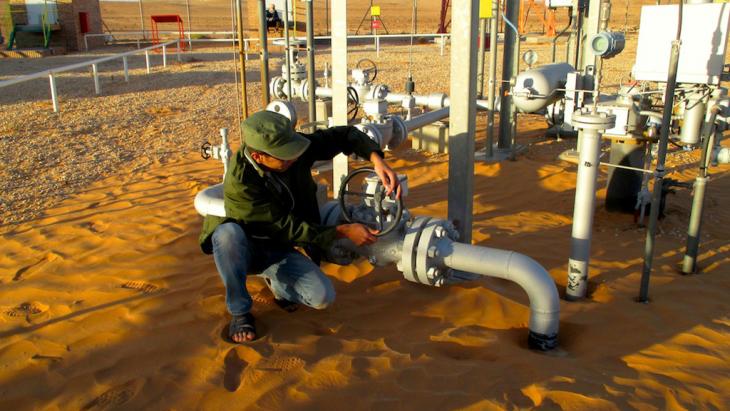 Involuntary curbs on production: The oil and gas industry is suffering from the continuing unrest in Libya. Militias have recently blocked access to the oil refinery in the city of Al-Sawija west of Tripoli. In the east of the country, militias, together with members of an officially unrecognized autonomous government, have prevented the production and export activities of the state oil company

Within next to no time, the country has turned into a haven for extremists. They, in turn, even pose a threat to neighbouring countries. The unstable situation in Libya also plays a negative role in the Syrian civil war, as the majority of foreign fighters and weapons on the side of the Syrian opposition come from Libya.

Between economic collapse and political stagnation

Without a doubt, the new political players in the new Libya are simply not up to the labyrinthine tasks facing them, as most members of the national assembly lack any measure of experience, skill in governing, or leadership qualities. Many of them have lived for decades in exile and know little of the complex social structures in present-day Libya.

This political situation has impeded economic growth and, since 2011, blocked the expansion of infrastructure that was previously supported through foreign investments before the overthrow of Gaddafi. In particular, oil exports, the most important source of income for the state, have been systematically sabotaged. Armed groups have controlled the oil fields for the past two months. This has resulted in a loss of billions for the state and is creating a huge hole in the budget. Libyan workers will suffer the most, as the vast majority are employed by the state.

The more the new Libyan elite is occupied with setting up state institutions, the less they are able to fulfil their regional responsibilities. This fact has led neighbouring states to increasingly cast doubt on Libya's capability to be a reliable cooperation partner at the regional level.

This mistrust has led to political stagnation within the Maghreb Union, as bilateral relations between the Libyan state, Tunisia, and Algeria are frosty at best. Even relations with sub-Saharan governments appear to have soured. The reason is that the national transitional government in Libya continues to accuse a number of African states of having sent mercenaries to Libya in 2011 to fight on the side of the Gaddafi regime.

Mustafa el-Fituri is a Libyan political scientist and the recipient of the 2010 Samir Kassir Prize for Freedom of the Press.

Translated from German by John Bergeron

The southern shores of the Mediterranean Sea are losing sand faster than almost anywhere else. The ecological and economic damage is immense. The good news is, there are ways to ... END_OF_DOCUMENT_TOKEN_TO_BE_REPLACED

A ceasefire has been in effect in Libya for the past year and a half. Yet after Russia's attack on Ukraine, another proxy war looms in Africa's most oil-rich country. Mirco ... END_OF_DOCUMENT_TOKEN_TO_BE_REPLACED

Libya's first-ever skate park opened at the end of May in downtown Tripoli to the delight of local youngsters. Built on a site once used by former dictator Muammar Gaddafi's ... END_OF_DOCUMENT_TOKEN_TO_BE_REPLACED

United Arab Emirates strongman Sheikh Mohammed bin Zayed al-Nahyan, who was formally elected president on 14 May, has led a realignment of the Middle East, creating a new anti- ... END_OF_DOCUMENT_TOKEN_TO_BE_REPLACED

Russia's ranking on the World Press Freedom Index has fallen again over the Kremlin's wartime censorship of the Ukraine conflict. From Myanmar to Mexico, journalists continue to ... END_OF_DOCUMENT_TOKEN_TO_BE_REPLACED
Author:
Mustafa el-Fituri
Date:
Mail:
Send via mail

END_OF_DOCUMENT_TOKEN_TO_BE_REPLACED
Social media
and networks
Subscribe to our
newsletter