And so he made his cousin Hussein Kamel al-Majid, who was a police officer, Minister of Defence. To his son-in-law, Hassan Kamel al-Majid, an army officer, he transferred far-reaching executive power privileges including supervision of the military industry, leadership of the Republican Guard and control of the army's arsenal and the smuggling of banned weapons from foreign black markets. All this made him more powerful than the Minister of Defence. 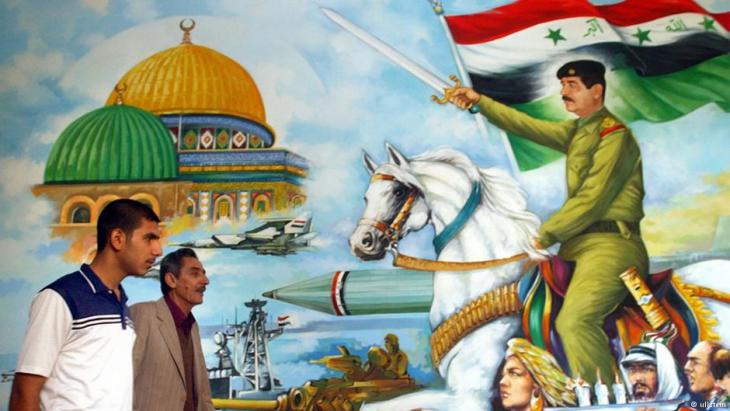 Iconography of a megalomaniac: Saddam was the prototypical modern Arab despot in the Machiavellian tradition of Caliph Muawiyah. He built his state on apparently modern nationalist ideas and made himself the epitome of the nationʹs re-birth, copying Fascist ideologies from Europe in the process

In 1995, Hassan Kamel al-Majid, who was married to Saddam's daughter Raghad, broke with the regime in Baghdad and fled to Jordan, where he was granted asylum by King Hussein. Saddam later tricked him into returning to Iraq, granting him an amnesty and giving him a binding tribal promise that no harm would come to him on his return. Saddam's daughter played a key role in convincing her husband to return. In reality, Saddam had planned to have his son-in-law murdered by a related clan. When Hassan Kamel al-Majid returned to Iraq, he, his brother, father and several cousins were assassinated.

Saddam earned himself a reputation for which he was envied by both his kindred spirits – among them Ali Abdullah Saleh and Muammar al-Gaddafi – and his arch-rival Hafez al-Assad, who also ruled Syria from the helm of the Ba'ath Party. Saddam was the prototypical modern Arab despot in the Machiavellian tradition of Caliph Muawiyah. He built his state on apparently modern nationalist ideas and made himself the epitome of the nationʹs re-birth, copying Fascist ideologies from Europe in the process.

The legend of the "irreplaceable leader"

Because Saddam Hussein was pathologically addicted to self-praise, his press secretary Hussein Abduljabbar Muhsin went so far as to give the president the sobriquet "the irreplaceable leader". The objective was to portray Saddam Hussein as history's chosen leader for Iraq, a president of prophetic rank. And because, as time passed, Saddam himself began to believe this message, he did everything he could to hold on to power for the duration of his natural life, intending to pass the reins of power to his son on his death. 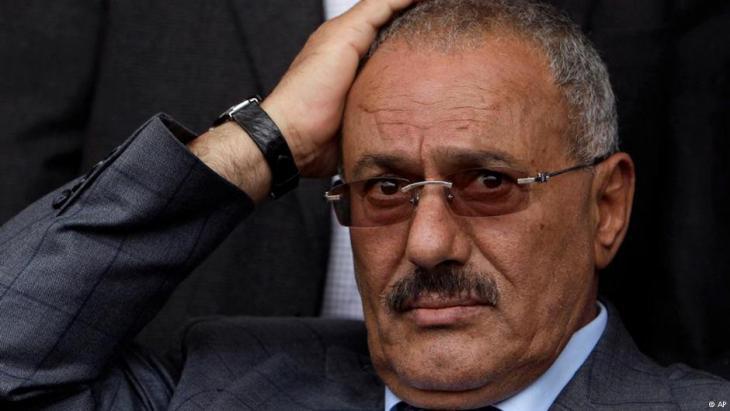 "Dancing on the heads of snakes": at the beginning of December 2017, Ali Abdullah Saleh broke faith with the Houthi rebels and their patrons Iran in a bid to curry favour with Saudi Arabia. During the violence that ensued, Saleh was shot by Houthi rebels as he attempted to flee Sanaa

Ultimately, each of these three typical clan despots came to similarly gruesome ends in the third millennium. Saddam was hanged by his religious opponents who governed post-Saddam Iraq from Iran with the help of the American occupiers and their Shia accomplices.

Gaddafi was captured by "revolutionaries" while NATO aircraft circled overhead and he tried to hide in a drainage pipe. The very rebels he had described as "rats" just a short time previously lynched him and desecrated his remains.

Finally, President Saleh, who always said that governing Yemen was like "dancing on the heads of snakes", was killed in a hail of bullets fired by those with whom he had been allied until shortly before his death: the Houthis, who are now striving to rule Yemen as the new "chosen" religious and tribal group.

Faraj Alasha is a Libyan writer and publicist.

Even now, during the coronavirus pandemic, risk awareness in Egypt is disturbingly low. What lies behind this phenomenon? By Khaled el-Khamissi END_OF_DOCUMENT_TOKEN_TO_BE_REPLACED

For decades, Egypt's successive governments have neglected to provide adequate support for science and culture. Wouldn't it be wonderful if the coronavirus crisis were to lead to ... END_OF_DOCUMENT_TOKEN_TO_BE_REPLACED

Appointed to the Facebook oversight board, Yemeni Nobel Peace Prize laureate Tawakkol Karman has faced hostility from Arab state media and social media users, who accuse her of ... END_OF_DOCUMENT_TOKEN_TO_BE_REPLACED

The COVID-19 pandemic has triggered a public-health emergency and a steep reduction in oil prices, which represents a perfect storm for the Middle East, where everything from ... END_OF_DOCUMENT_TOKEN_TO_BE_REPLACED

Churches in the Middle East – Coptic, Eastern Orthodox, Maronite – typically share the conservative values of their Islamic surroundings. Yet the resistance of Arab Christian ... END_OF_DOCUMENT_TOKEN_TO_BE_REPLACED

Dubbed the "Butcher of Hama", Syria's Rifaat al-Assad is accused of embezzling millions in European real estate. Like him, many regional rulers have preferred to keep their ... END_OF_DOCUMENT_TOKEN_TO_BE_REPLACED
Author:
Faraj Alasha
Date:
Mail:
Send via mail

END_OF_DOCUMENT_TOKEN_TO_BE_REPLACED
Social media
and networks
Subscribe to our
newsletter