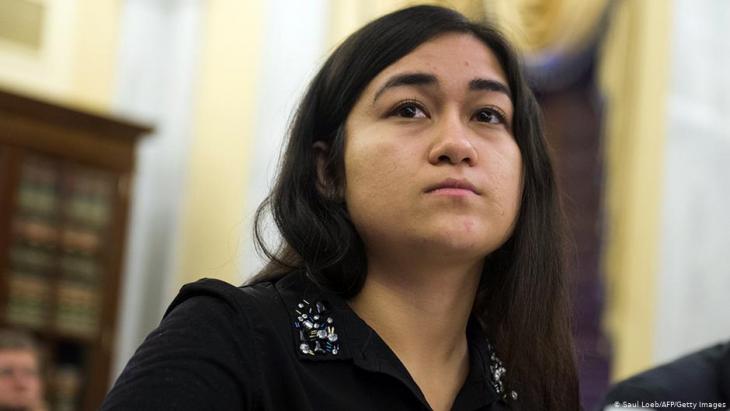 Imprisoned Uighur human rights activist Ilham Tohti has been awarded the Sakharov prize 2019 for human rights by the EU Parliament. His daughter Jewher Ilham, who lives in the U.S., will receive the prize on his behalf and spoke to Max Sander ahead of the ceremony

Ms. Ilham, when was the last time you heard from your father? Do you have any idea how he's doing now?

Your father was convicted on separatism charges, but his goal was always to promote dialogue, to promote peace between Uighurs and Han Chinese. Could you tell us a little bit more about the future he envisioned?

Ilham: My father never said a word about separating the country ... He never mentioned or committed a violent act before. So I'm very confident to say the charges from the Chinese government are absolutely ridiculous. My father always believed that if there is a problem we need to fix it. And he wanted to fix the problem. 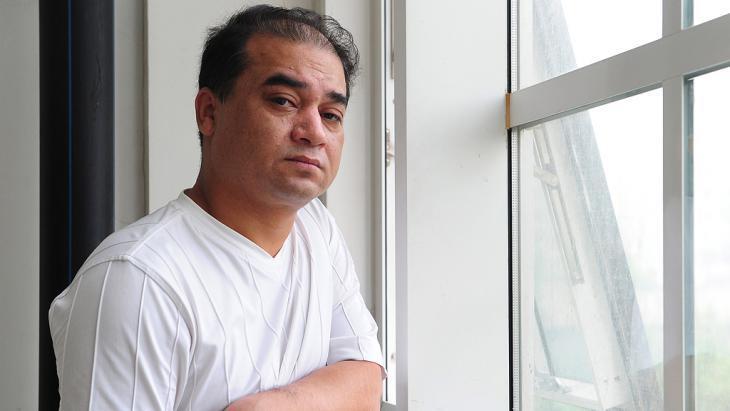 Prize in absentia: Ilham Tohti, a well-known Uighur and a moderate critic of Beijing's policy towards the country's Muslim minority, was found guilty of "separatism" and sentenced to life in prison in 2014, despite the fact that he had always worked to improve relations between Uighurs and Han Chinese and was against breaking up the country

He was hoping Uighur kids could go to school as they wish, that they could choose to learn the Uighur language or Han Chinese or both, as they wish. He was hoping students who graduated from university wouldn't be discriminated against because of their identity, that they wouldn't fail a job interview just because they are Uighurs. He was also hoping that Uighurs could be free to practice religion the way they want, that they could wear a hijab, wear a beard, wear a doppa – which is the traditional Uighur hat – whenever they want and they could pray or fast whenever they need or whenever they want to. This was his vision.

And actually it's going in the opposite direction right now. The Chinese government is leading a massive crackdown on Xinjiang province and the Uighur community. There are one to two million Uighurs in so-called re-education camps, where they face brainwashing and forced labour. Why is the Chinese government doing this?

Ilham: First of all I don't work for the Chinese government. I can only guess. There could be many reasons, including violent attacks that happened in the past, not to mention a lack of understanding.

Also, the Uighur region is of great geopolitical value. It's one sixth of the Chinese land mass but it only has one percent of the Chinese population, so it could also help with overcrowding. Over the past few decades, China has been migrating Han Chinese to the region. But I don't think any of those reasons justify these cruel acts against Uighurs.

Your father Ilham Tohti was awarded the Sakharov Prize by the European Parliament. This sends a strong message of solidarity. But is it enough? What kind of pressure does the international community need to apply to achieve actual change?

In the face of COVID-19, we need to admit the political mistakes of recent years and adjust our trajectory according to the compass of reality. People around the world – ... END_OF_DOCUMENT_TOKEN_TO_BE_REPLACED

A newly leaked document confirms how China is imprisoning Muslim minority Uighurs based solely on their religion. Naomi Conrad met with a whistle-blower and visited relatives of ... END_OF_DOCUMENT_TOKEN_TO_BE_REPLACED

The 2015 Joint Comprehensive Plan of Action with Iran is in jeopardy. European governments should use the JCPOA’s dispute-resolution mechanism both to pursue immediate measures to ... END_OF_DOCUMENT_TOKEN_TO_BE_REPLACED

Having seen a sharp decline in its influence in Tunisia and Algeria, France is eyeing China and Spain’s growing economic presence in Morocco with concern. Is Paris about to lose ... END_OF_DOCUMENT_TOKEN_TO_BE_REPLACED 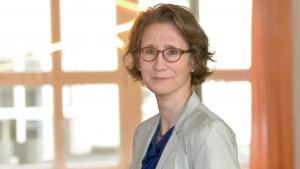 Hundreds of thousands of Muslim Uighurs are being held in "re-education" camps in Western China. The more pressure the ethnic group faces from Beijing, the more important their ... END_OF_DOCUMENT_TOKEN_TO_BE_REPLACED

Abu Dhabi and Riyadh see a natural partnership with Modi’s government, a co-operation that could change the dynamics of the South Asian-Gulf nexus. By Jean-Loup Samaan END_OF_DOCUMENT_TOKEN_TO_BE_REPLACED
Author:
Max Zander
Date:
Mail:
Send via mail

END_OF_DOCUMENT_TOKEN_TO_BE_REPLACED
Social media
and networks
Subscribe to our
newsletter