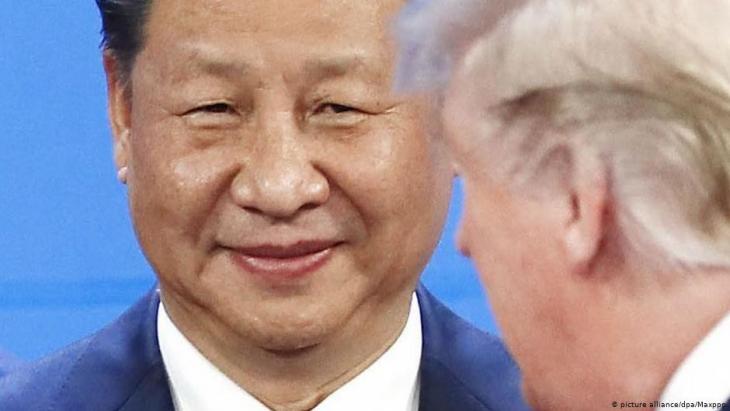 A broad U.S.-led effort to hold the Chinese government to international account for its abuses of largely Muslim Uighurs in Xinjiang would, at the very least, remind China that the world is watching. Sadly, President Donald Trump’s actions will likely convince Muslims only of the depths of his hypocrisy. By Anne-Marie Slaughter and Wardah Khalid

Last month, U.S. President Donald Trump signed into law a bill allowing him to impose sanctions on Chinese officials involved in the mass incarceration of more than one million Uighurs and members of other largely Muslim minorities in the western Chinese region of Xinjiang.

The bipartisan Uyghur Human Rights Policy Act of 2020 (UHRPA) condemned the abuses and called on the Chinese authorities to close their "vocational education" centres in the region immediately, ensure respect for human rights, and allow people living in China to re-establish contact with family, friends and associates outside the country.

In theory, Trump could show genuine global leadership by implementing the act vigorously. Researchers in many countries have reported that, in addition to detention, Uighurs are being subjected to torture, forced labour and sterilisation. And two Uighur groups have accused the Chinese authorities of physical and cultural genocide in a complaint filed with the International Criminal Court.

The author Anne Applebaum has compared Western indifference to what is happening in Xinjiang today with the wilful determination of European governments and the Vatican to ignore the famine Joseph Stalin engineered in Ukraine in 1932-33, and the Nazi concentration camps a decade later. One might add more recent examples to the list. Viewed against this background, the United States’ willingness to condemn China’s behaviour and impose costs for it, even if only with individual sanctions, is a step in the right direction.

Moreover, this step might well gain the attention of Muslims in countries like Pakistan, Indonesia, and Turkey. The Pakistani and Indonesian governments are willing to play by Chinese rules in order to secure investment; Pakistan signed a letter last year defending China’s treatment of Uighurs, while the Indonesian government says that it "will not meddle in the internal affairs of China".

You may also like: Chinaʹs oppression of the Uighurs – Save our Turkic brothers, Mr. President!

Turkey initially offered Uighurs asylum in the 1950s when Chinese communists took over Xinjiang. Today, Turkish police are reportedly arresting Uighur activists and sending them without explanation to deportation centres, sometimes for months.

In this context, a broad U.S.-led effort to hold the Chinese government even partly to international account for its treatment of Uighurs – particularly at a time when America is having to reckon with its own current and past racist crimes – could mark an important turning point. At the very least, it would remind China that the world is watching.

The depths of Trumpian hypocrisy

Sadly, Trump’s actions will likely convince Muslims only of the depths of his hypocrisy. Trump signed the UHRPA on the same day that allegations contained in his former national security adviser John Bolton’s new book were flooding the airwaves. According to Bolton, Trump was not merely indifferent toward Uighurs’ human rights, but actively encouraged Chinese President Xi Jinping to build concentration camps to hold them. 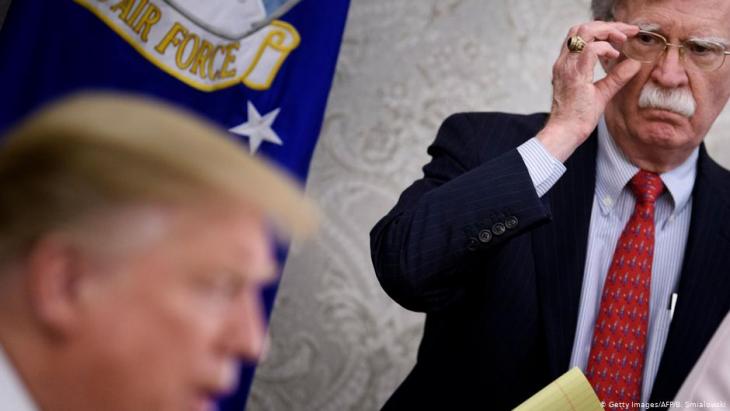 Donald Trump's former National Security advisor, John Bolton: "At the opening dinner of the Osaka G-20 meeting in June 2019, with only interpreters present, Xi had explained to Trump why he was basically building concentration camps in Xinjiang. According to our interpreter, Trump said that Xi should go ahead with building the camps, which Trump thought was exactly the right thing to do. … The reported exchange in Osaka came just a month before Trump in July 2019 met with victims of political persecution, including Uighurs, and declared of his devotion to religious rights, 'I don’t think any president has taken it as seriously as me' ”

Then there are Trump’s own Muslim travel bans. The initial ban, issued in January 2017, barred all refugees and immigrants from several predominantly Muslim countries from entering the U.S.; the measure was struck down by the courts and then revised several times until it passed constitutional muster. Since then, numerous stories have emerged demonstrating the devastating and potentially life-threatening impact of these restrictions on refugees, Muslims, and non-Muslims living in the designated countries.

You may also like: Trump′s Muslim immigration ban – Just the beginning

One of those affected is Afkab Hussein, a former Somali refugee now living in Columbus, Ohio. Afkab has been waiting since 2015 for his wife and young children to join him in the States, but Trump’s bans have prevented them from doing so. Trump’s support for a law that calls on the Chinese authorities to permit re-establishment of contact between people in China and outside the country therefore rings hollow.

The UHRPA also accuses the Chinese government of "using wide-scale, internationally-linked threats of terrorism as a pretext to justify pervasive restrictions on and serious human rights violations" against Uighurs and others in Xinjiang. But Trump’s executive orders seeking to bar Muslims from entering the U.S. included similar clauses.

His first executive order cited the September 11, 2001, terrorist attacks on the U.S. as a justification for banning refugees and immigrants from Iran, Iraq, Libya, Somalia, Sudan, Syria, and Yemen, despite the absence of evidence that citizens of any of these countries, much less refugees, carried out the attacks. Subsequent iterations of the ban continued to cite terrorism as a rationale. In practice, however, the Trump administration has merely blocked family members from joining loved ones in the U.S., and reduced admissions of vulnerable refugees to historically low levels.

Muslim Uighur refugees from China have been stuck in “immigration limbo” in the U.S.

Uighurs previously had an “astonishingly high approval rate” for asylum, but changes under the Trump administration have pushed many “to the back of the line.” https://t.co/0m9GcRbQ7H

The tension between Trump’s belated embrace of Uighur rights and his all-too-evident dislike of Muslims (unless they are Saudi princes) raises the deeper question of who the ultimate audience is for America’s – or any country’s – foreign policy. Ordinary Muslims can have no doubt about how Trump feels about them, no matter what he might say to their governments. They only have to follow his Twitter feed or watch his press conferences.

Trump is the first U.S. president to disdain normal processes for crafting and vetting official statements, preferring instead to engage directly with U.S. voters and citizens of other countries via social media. But although he has mobilised a large constituency, he has also succeeded in alienating large segments of the public in America and elsewhere. His denigration of entire populations – such as calling Mexicans rapists or Muslims terrorists – resonate louder and longer than any official statements issued by the White House or the U.S. State Department.

It remains to be seen whether those impressions will outlast Trump’s presidency. The U.S. House of Representatives just passed the No Ban Act, which would repeal the Muslim travel ban and prevent the use of religious discrimination to bar immigrants. And if a new U.S. administration succeeds Trump following November’s presidential election, it will have to address other countries’ governments and citizens with one voice – and without the glaring hypocrisy to which they have grown accustomed.

Anne-Marie Slaughter, a former director of policy planning in the U.S. State Department (2009-2011), is CEO of the think tank New America, Professor Emerita of Politics and International Affairs at Princeton University, and the author of Unfinished Business: Women Men Work Family.

Wardah Khalid, a foreign-policy analyst and activist, is a Security Fellow at the Truman National Security Project.

Home
Print
Newsletter
More on this topic
Interviewing Dolkun Isa, Bethany Allen-Ebrahimian and Asiye Abdulaheb: Does no-one have the guts to tackle China on the Uighurs?Interview with sinologist Kristin Shi-Kupfer: "The aim is to rob the Uighurs of their identity"Uighur repression in China: Beards and hijabs behind bars
Related Topics
Donald Trump, Freedom of religion, Human rights, Immigration, Islam in Central Asia, Islamophobia, Muslim minorities, Racism | discrimination, Uighurs
All Topics

Chinese President Xi Jinping's visit to Saudi Arabia in December 2022 may have rattled Washington, but it simply highlighted the Arabs’ desire to diversify their foreign relations ... END_OF_DOCUMENT_TOKEN_TO_BE_REPLACED

Iran has withdrawn its participation in the Frankfurt Book Fair, accusing the event of meddling in the country's domestic affairs. Organisers have denied the accusation. By ... END_OF_DOCUMENT_TOKEN_TO_BE_REPLACED

Analyst Iyad El-Baghdadi examines the ongoing tensions between the United States and the two Gulf states – Saudi Arabia and the UAE – and their geopolitical implications in ... END_OF_DOCUMENT_TOKEN_TO_BE_REPLACED

From the Euphrates to the Mekong, dams that ensure one country's water supply risk leaving others parched. But shared water resources can be a source of peace as well as conflict ... END_OF_DOCUMENT_TOKEN_TO_BE_REPLACED

END_OF_DOCUMENT_TOKEN_TO_BE_REPLACED
Social media
and networks
Subscribe to our
newsletter