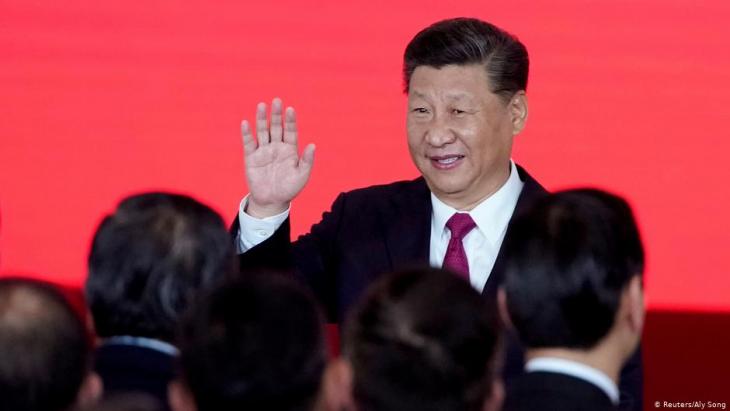 In the absence of international censure, China has stepped up its systematic persecution of Muslims, under the dubious pretence that it is fighting "terrorism" and protecting its economic interests. But more than just an attack on human rights, the crackdown is representative of President Xi Jinping's totalitarian ambitions. By Brahma Chellaney

For more than two years, China has waged a campaign of unparalleled repression against its Islamic minorities, incarcerating an estimated one-sixth of the adult Muslim population of the Xinjiang region at one point or another. Yet, with the exception of a recent tweet from U.S. Secretary of State Mike Pompeo calling on China to "end its repression", the international community has remained largely mute.

In its reliance on mass detention, the Communist Party of China (CPC) has followed the Soviet Union’s example. But China’s concentration camps and detention centres are far larger and more technologically advanced than their Soviet precursors and their purpose is to indoctrinate not just political dissidents, but an entire community of faith.

Although independent researchers and human-rights groups have raised awareness of practices such as force-feeding Muslims alcohol and pork, the Chinese authorities have been able to continue their assault on Islam with impunity. Even as China’s security agencies pursue Uighurs and other Muslims as far afield as Turkey, Chinese leaders and companies involved in the persecution have not faced international sanctions or incurred any other costs.

Chief among the culprits, of course, is Chinese President Xi Jinping, who in 2014 ordered the policy change that set the stage for today’s repression of ethnic Uighurs, Kazakhs, Kyrgyz, Hui and members of other Muslim groups. The forcible assimilation of Muslims into the country’s dominant Han culture is apparently a cornerstone of Xiism –"Xi Jinping thought" – the grand "ism" that Xi has introduced to overshadow the influence of Marxism and Maoism in China.

To oversee this large-scale de-programming of Islamic identities, Xi, who has amassed more power than any Chinese leader since Mao Zedong, re-assigned the notorious CPC enforcer Chen Quanguo from Tibet to Xinjiang and elevated him to the all-powerful Politburo. Though Chenʹs record of overseeing human-rights abuses is well known, the Trump administration has yet to act on a bi-partisan commission’s 2018 recommendation that he and other Chinese officials managing the gulag policy be sanctioned. In general, financial and trade interests, not to mention the threat of Chinese retribution, have deterred most countries from condemning China’s anti-Muslim policies.

With the exception of Turkey, even predominantly Muslim countries that were quick to condemn Myanmar for its treatment of Rohingya Muslims have remained conspicuously silent on China. While Pakistan’s military-backed prime minister, Imran Khan, has feigned ignorance about the Xinjiang crackdown, Saudi Arabia’s powerful crown prince, Mohammed bin Salman, has gone so far as to defend China’s right to police "terrorism”.

Emboldened by the muted international response, China has stepped up its drive to Sinicise Xinjiang by demolishing Muslim neighbourhoods. In Urumqi and other cities, once-bustling Uighur districts have been replaced with heavily policed zones purged of Islamic culture.

Analyst Iyad El-Baghdadi examines the ongoing tensions between the United States and the two Gulf states – Saudi Arabia and the UAE – and their geopolitical implications in ... END_OF_DOCUMENT_TOKEN_TO_BE_REPLACED

From the Euphrates to the Mekong, dams that ensure one country's water supply risk leaving others parched. But shared water resources can be a source of peace as well as conflict ... END_OF_DOCUMENT_TOKEN_TO_BE_REPLACED

For over fifty years, British photographer Peter Sanders travelled across the Middle East and further afield, seeking out the saints of Islam. His work uncovers a little-known ... END_OF_DOCUMENT_TOKEN_TO_BE_REPLACED

Europe's double standard on refugees, exposed yet again by the war in Ukraine, is morally deaf and geopolitically dumb. Europe can only defend itself by persuading developing and ... END_OF_DOCUMENT_TOKEN_TO_BE_REPLACED
Author:
Brahma Chellaney
Date:
Mail:
Send via mail

END_OF_DOCUMENT_TOKEN_TO_BE_REPLACED
Social media
and networks
Subscribe to our
newsletter