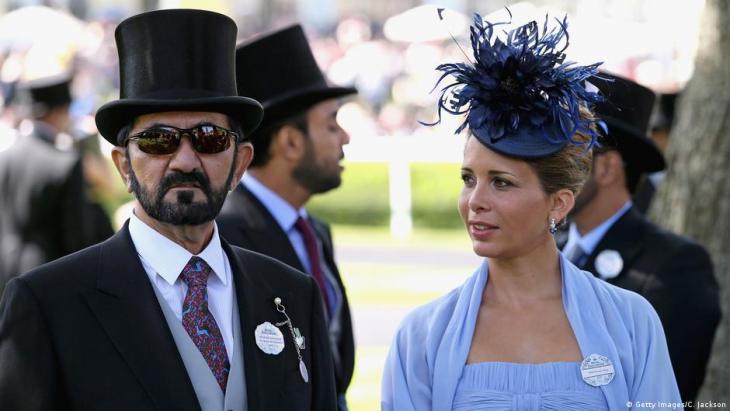 The ruler of Dubai was on Tuesday ordered to pay his former wife and children around £550 million ($730 million) in what is thought to be the highest divorce settlement set by an English court.

Sheikh Mohammed bin Rashid Al-Maktoum was told he must pay Princess Haya Bint Al Hussein, a half-sister of Jordan's King Abdullah II, a lump sum of £251.5 million and provide a bank guarantee of £290 million to cover the children's maintenance and security as adults.

The 72-year-old ruler of the emirate of Dubai has been locked in a lengthy and bitter legal battle with his 47-year-old former wife, who lives in London with their two children, aged 13 and nine.

Judge Philip Moor said the massive settlement was partly to ensure security, due to the risk of the children's abduction by their father, who is also vice-president and prime minister of the United Arab Emirates.

The family "need water-tight security", the judge said, adding: "The main threat they face is from (Sheikh Mohammed) himself".

The High Court case has previously ruled that the sheikh authorised the use of spying software to hack his ex-wife's phones and that he had forcibly returned two of his elder daughters to Dubai.

Judge Moor said Tuesday's vast settlement was justified by the "exceptional wealth and remarkable standard of living enjoyed by these children during the marriage".

The Sheikh's spokesperson said afterwards that the Dubai ruler "has always ensured that his children are provided for" and "the court has now made its ruling on finances and he does not intend to comment further".

Previously the largest such settlement was approximately £450 million to Tatiana Akhmedova, the ex-wife of a Russian billionaire, in 2016.

The ruling detailed the lavish lifestyle led by the ruler's ex-wife and her children.

The Sheikh, who did not attend court, said that before their separation he had annually paid the children allowances worth £18 million, as well as £83 million for household expenses and £9 million for his then-wife's personal spending.

He ceased direct payments to Princess Haya when she left for London, and the judge said she had since sold jewellery, handbags and horses worth over £15 million.

She submitted living expenses to the court showing annual spending of more than £14 million, including the purchase last year of a fleet of five cars at a cost of £130,000 each.

The ruling also revealed that during her marriage she paid £6.7 million in blackmail money to four members of her security team after she had an affair with one of them.

This was cited by her ex-husband as evidence she misspent funds intended for her children.

The judge said this was an error of judgement but she must have been "very frightened at this point".

Her ex-husband's legal team also asked why she had bought three cars for her young son. She replied that he was "accustomed" to such gifts.

Princess Haya studied at the University of Oxford and represented Jordan at the Sydney Olympics as a show jumper.

The couple married in 2004 in Sheikh Mohammed's second official marriage. He divorced her under Sharia law in 2019 without her knowledge, according to the court judgement.

She and her children live in a London house near Kensington Palace and on an estate west of the capital that she inherited from her father, the late king Hussein of Jordan.

The High Court ruled in 2020 that the Sheikh had submitted her to a "campaign of fear and intimidation", forcing her to flee to London.

A judge also ruled that the Sheikh had forcibly returned home his older daughters, Shamsa and Latifa.

Latifa made an unsuccessful attempt to flee the emirate in 2018 and alleged that she was held "hostage" in one of his palaces and feared for her life.

The judge also ruled that the sheikh had attempted to secretly buy a house next to the family's property.

The Sheikh has a close relationship with Queen Elizabeth II, sharing her love of horse racing. His family operates stables in the UK and other countries.    (AFP)

END_OF_DOCUMENT_TOKEN_TO_BE_REPLACED
Social media
and networks
Subscribe to our
newsletter