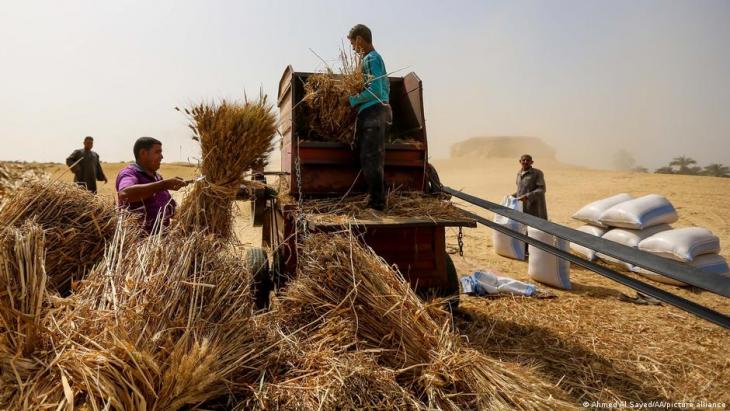 In the wake of the war in Ukraine and an expected shortfall in wheat imports in 2022, most Middle Eastern governments have put food independence at the top of their agendas. "Efforts in the Middle East have been re-doubled following the global pandemic and the Russia-Ukraine crisis," Neil Quilliam, associate fellow at the Middle East & North Africa Programme at the London-based think tank Chatham House, revealed.

One example is Lebanon whose wheat production covers 50,000 hectares, whereas 180,000 hectares would be needed to supply enough for the population of 6.5 million.

"For decades, Lebanon was a large-scale wheat importer, since it cost less to import than to plant wheat, but because of the crisis, we are being forced to find alternative plans," Abdallah Nasreddine, a spokesperson for the country's agriculture ministry, admitted. "The agriculture ministry has already commissioned international NGOs to test where soil is fertile enough, but for this we will need funding," he added.

But economic and structural changes are required before more financial aid is likely to come from the World Bank or the International Monetary Fund (IMF). Such changes seem far-fetched as the country is both politically and economically on the brink of a breakdown.

The Lebanese lira has lost around 90% of its value against the U.S. dollar in the past three years, making food imports for the population pretty much unaffordable. This is good for home-grown food, however.

"Local products have become much more competitive and attractive," Michael Bauer from the German Konrad Adenauer Foundation in Beirut explained. He said that he had observed an increase in self-sufficiency projects and start-ups. "The agri-tech sector is growing."

One example is the vertical farming project launched by the environmental engineer Ziad Abi Chaker. He turns flat rooftops in Beirut into vertical vegetable gardens and plants vertical gardening farms. "Food has become very expensive, so people are increasingly planting their own vegetables. Our vertical farming projects were already picking up last year, but even more so since the war began," he said.

He set up five farms in 2021, and plans seven more this year. 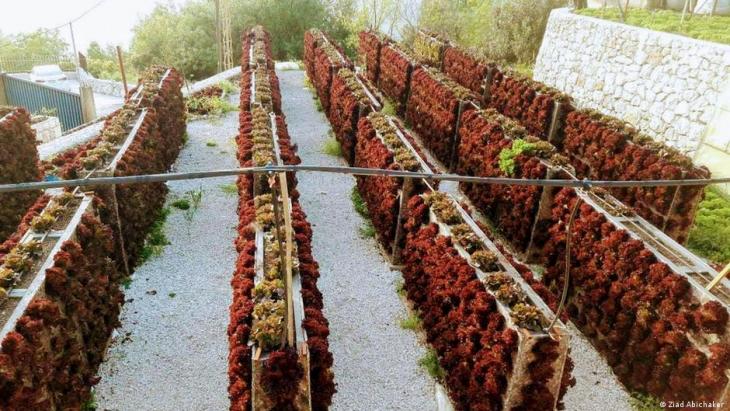 Vertical farming is becoming increasingly popular in Lebanon: Lebanon's wheat production covers 50,000 hectares, while 180,000 hectares are needed to provide enough for its population of 6.5 million people

Another example is a co-operative of heirloom seed producers called Buzuruna Juzuruna (Our Seeds, Our Roots) east of Beirut, which has expanded massively since 2016. "In 2021, demand for our seeds was almost overwhelming," one of the farmers said in a statement.

Farmers are glad of the chance to help prevent rare species from disappearing, as well as the opportunity to buy affordable seeds for wheat, barley or vegetables.

So far, however, such successful projects are the exception. There are so many structural problems in Lebanon that food independence is not likely in the near future.

Moreover, the country is not excluded from climate change either. "Key challenges such as droughts, rising temperatures and water scarcity remain across the whole region," Quilliam said.

Egypt, the most populous country in the Middle East with 102 million inhabitants, is also facing problems with wheat supplies in view of the war in Ukraine. The population is expected to consume around 20 million tonnes this year.

The country currently produces 10 million tonnes per year. It imports the rest of what it needs and 80% of its supplies stem from Ukraine and Russia. After the outbreak of war in Ukraine, the Egyptian government developed a three-step plan to boost local production.

"This year, the government has allocated 250,000 acres as new land for wheat cultivation, and next year it aims to increase it to 500,000 acres," Aladdin Hamwieh, a biotechnologist at the government-affiliated International Center for Agricultural Research in the Dry Areas (ICARDA), boasted. "This is in addition to the 1.5 million acres the government has developed in the last few years."

In addition to the fertile Delta valley, wheat is now also being planted in the desert area of Upper Egypt, even though the dry soil needs more fertilisers. The government is also boosting local production by providing farmers with certified seeds that produce higher yields. It has said that it will buy more than six million tonnes of wheat from local farmers at a fixed price. This is to secure the country's much-needed food programme.

The Egyptian government runs a food subsidy programme for 70% of the population – above all for bread, a staple food that is usually consumed with every meal.

Another consideration is to mix wheat with barley in future. "Barley can grow in dry, marginal areas that have high salinity level, which isn’t the case for wheat," said Michael Baum, ICARDA's Deputy Director of Research. Innovation will also be used to boost cultivation. "More and more wheat will be planted on raised beds," Hamwieh continued. "This method can save 25% irrigation water, requires 15% fewer seeds, and increases crop productivity by up to 30%."

He predicted that wheat self-sufficiency in Egypt "might never happen", but said that an increase to 70% local wheat production would be considered a success. A 20% increase would balance out the growing demand caused by a 2.5% population growth.

Back to the roots

While the World Bank, one of the main providers of financial aid in the region, has been warning for years that food insecurity is a growing challenge, it also sees some potential solutions. 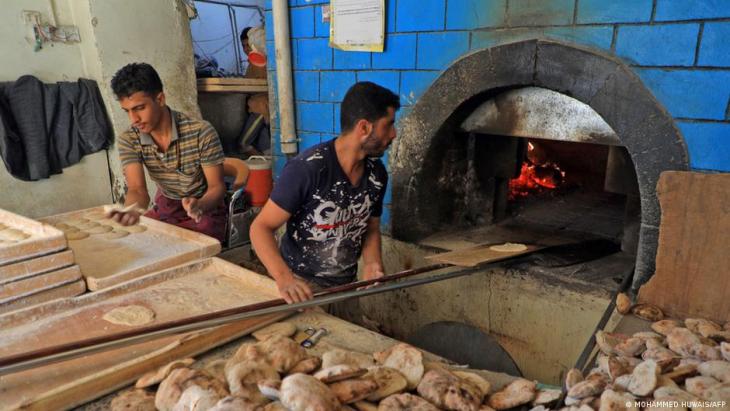 "Domestic agriculture and food can be engines of economic growth, creating jobs for entrants to the labour market," Ferid Belhaj, vice president for the Middle East and North Africa region at the World Bank, wrote in an essay last September.

The Middle East and North Africa "can regain its ancient leadership in agricultural innovation by investing in the cutting-edge practices and technologies responsive to a changing climate, such as hydroponics, conservation agriculture and the safe use of treated water."

The Abu Dhabi-based agri-tech company 'Pure Harvest' is seen as such a pivot. The company grows produce by using hydroponics, which allows crops to grow on mineral nutrient solutions instead of soil. This technique is widely seen as an innovative answer to desertification, another challenge in the Middle East.

So far, the company has made it to No 1 in another field already: in 2020, Kuwait's Wafra International Investment Company invested $100m in the start-up, making it the largest ever commitment to an agri-tech firm in the Middle East.

Welcome to the world of Al Qasar, where Arabic music collides head-on with punk and psychedelic to create something powerful and beautiful. "Who Are We" is a raucous, subversive ... END_OF_DOCUMENT_TOKEN_TO_BE_REPLACED

Egyptian authorities have Mada Masr in their sights once again after critical reporting. But the editor of the country's last independent news source is adamant they will continue ... END_OF_DOCUMENT_TOKEN_TO_BE_REPLACED

Like Christianity, Europe's history is one of migration. Both have strong roots in the Orient and in cultures thousands of years old. Cultural historian Bernhard Braun invites us ... END_OF_DOCUMENT_TOKEN_TO_BE_REPLACED

When she ascended the throne, millions of Muslims still lived under British rule. Later, Elizabeth II appealed for tolerance in a multi-religious society. She was the first ... END_OF_DOCUMENT_TOKEN_TO_BE_REPLACED

END_OF_DOCUMENT_TOKEN_TO_BE_REPLACED
Social media
and networks
Subscribe to our
newsletter