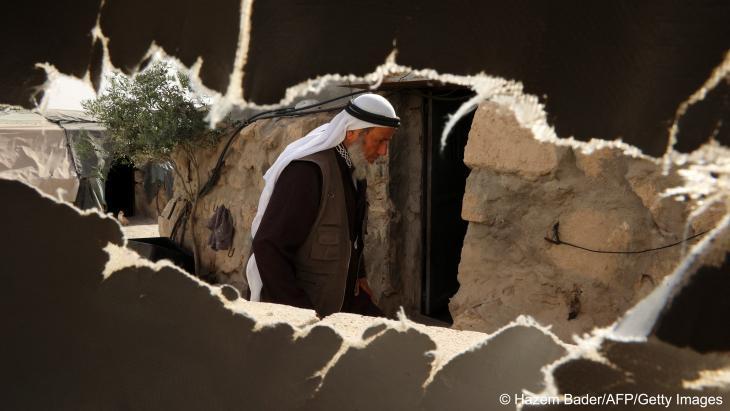 The special rapporteurs insisted such harassment must stop, and said residents continue to be threatened by the risk of forcible transfer, including mass forced evictions and arbitrary displacement.

"Israeli authorities' hubris is proving without limits. They are even harassing human rights defenders and humanitarian workers seeking to support and protect people facing grave human rights violations in Masafer Yatta," the four experts said in a joint statement. "This is a direct assault on the core of human rights and international humanitarian law... this also confirms that impunity over abuse of power fosters power to abuse."

The case of Masafer Yatta – or Firing Zone 918 – an agricultural area near Hebron, has been one of Israel's longest-running legal battles. In the early 1980s, the army declared the 30-square-kilometre territory a restricted military area and claimed it was uninhabited.

Residents of eight villages had been in court for around 20 years fighting Israeli government efforts to evict them. But in May this year, Israel's High Court approved the eviction of Palestinian villagers to make way for a military training zone.

"The tragic implications of that decision are now before our eyes: roughly 1,200 Palestinian residents in Masafer Yatta are left defenceless in front of the threat of forced eviction and arbitrary displacement," said the experts, who do not speak for the United Nations but are mandated to report their findings to it.

The statement was penned by a special rapporteur on human rights in the occupied Palestinian territory as well as rapporteurs on internally displaced persons, adequate housing, and the situation of human rights defenders.

They voiced dismay at reports that human rights defenders and humanitarian workers have been harassed by the Israeli military in Masafer Yatta.

"They have been stopped and detained for several hours at checkpoints and had their identification documents or cars confiscated, often on grounds that they had entered a closed military site without permission," their statement said.

The experts expressed particular concern for Sami Hureini, a prominent human rights defender and member of the "Youth of Sumud" activist group "engaged in peaceful resistance against illegal settlements in the southern Hebron hills".

On 28 June, he was reportedly arrested at a checkpoint in Masafer Yatta and detained by the military for several hours, the experts said.

"He is currently being tried in the Ofer Military Court for allegedly obstructing and assaulting a soldier and entering a closed military zone, following his participation in a peaceful demonstration on 8 January 2021," they said.

Hureini's attorney, Riham Nasra, said her legal team has presented "hundreds of photos and videos" to disprove the allegations against her client.

"Five activists who were near Sami during the protest testified that at no point did Sami resort to violence," Nasra said in a press statement.

The Israeli military and the country's foreign ministry did not immediately comment on the remarks by the UN experts.    (AFP)

END_OF_DOCUMENT_TOKEN_TO_BE_REPLACED
Social media
and networks
Subscribe to our
newsletter