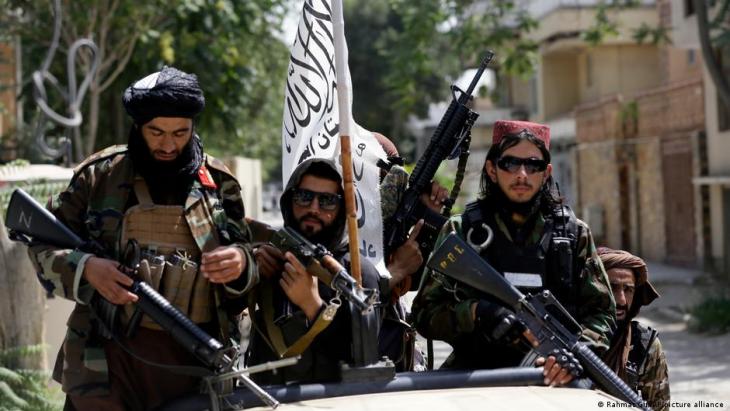 Hundreds of people have been killed in Afghanistan since the Taliban overran the country nearly a year ago, even though security on the whole has improved since then, the United Nations said in a report this week.

The United Nations Assistance Mission in Afghanistan also highlighted the poor situation of women and girls since the Taliban takeover and how they have been stripped of many of their human rights under Afghanistan's current rulers.

"It is beyond time for all Afghans to be able to live in peace and rebuild their lives after 20 years of armed conflict. Our monitoring reveals that despite the improved security situation since 15 August, the people of Afghanistan, in particular women and girls, are deprived of the full enjoyment of their human rights," said Markus Potzel, deputy special representative of the Secretary-General for Afghanistan.

The report said that as many as 700 people have been killed and 1,400 wounded since mid-August 2021, when the Taliban overran the Afghan capital of Kabul as the United States and NATO were in the final weeks of their withdrawal from the country.

The majority of those casualties were linked to attacks by the Islamic State group's affiliate in the country, a bitter rival of the Taliban which has targeted ethnic and religious minority communities in places where they go to school, worship and go about their daily lives.

Afghanistan has seen persistent bombings and other attacks on civilians, often targeting the mainly Shia Muslim ethnic Hazara minority. Most of the attacks have been claimed by the Islamic State group's affiliate in the country.

The report added that the Taliban have made clear their position on the rights to freedom of peaceful assembly, freedom of expression and freedom of opinion.

They have limited dissent by cracking down on protests and curbing media freedoms, including by arbitrarily arresting journalists, protestors and civil society activists and issuing restrictions on media outlets.

The report catalogued human rights violations affecting 173 journalists and media workers, 163 of which were attributed to the de facto authorities. Among these were 122 instances of arbitrary arrest and detention, 58 instances of ill-treatment, 33 instances of threats and intimidation and 12 instances of incommunicado detention.

Six journalists were also killed since August, 2021, including five by self-identified Islamic State affiliates and one by unknown perpetrators.

The right to the freedoms of peaceful assembly, expression and opinion are "necessary for the development and progression of a nation," said Fiona Frazer, the UN's human rights representative in Afghanistan. "They allow meaningful debate to flourish, also benefiting those who govern by allowing them to better understand the issues and problems facing the population," she added.

The UN also said an amnesty for former government officials the Taliban announced last year has not been consistently upheld. Frazer said the UN recorded 160 extrajudicial killings and 178 arrests of former government and military officials.

The report said human rights violations must be investigated by the authorities, perpetrators held accountable, and incidents should be prevented from reoccurring in the future.

Taliban spokesman Zabihullah Mujahid called the UN report "baseless and propaganda" and its findings "not true." Arbitrary arrests and killings are not allowed in the country and if anyone commits such crimes, they will be considered guilty and face legal action, he added.

After their takeover last year, the Taliban quickly started enforcing a sharply tougher line, harking back to similar radical measures when the Taliban last ruled the country, from 1996 to 2001.

They issued edicts requiring women to cover their faces except for their eyes in public, including women presenters on TV, and banned girls from attending school past the sixth grade.

The UN report added that the erosion of women's rights has been one of the most notable aspects of the de facto administration to date. Since August, women and girls have progressively had their rights to fully participate in education, the workplace and other aspects of public and daily life restricted and in many cases completely taken away. (AP)

END_OF_DOCUMENT_TOKEN_TO_BE_REPLACED
Social media
and networks
Subscribe to our
newsletter