Peaceful protests have been brutally crushed by the regime in Teheran. And yet UNESCO has chosen Iran of all places to host its "World Philosophy Day" this year, a country whose thinkers and philosophers must fear for their freedom. A commentary by Katajun Amirpur 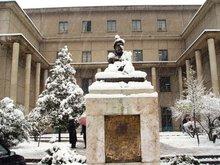 Ice Age in Tehran: Philosophy in Iran currently faces difficult times. The Iranian regime plans to cleanse its universities from the "corrupting influences" of Western philosophy

​​ It's hard to imagine anything more absurd: Iran of all places is the country UNESCO has chosen to host the conference for "World Philosophy Day" in November. The very country that currently punishes all thinking. The country where, as revolutionary leader Ali Khamenei recently attested, philosophy is dangerous – following up that remark with an announcement that all Western philosophers would henceforward be banned from the curricula of the country's universities as part of a renewed cultural revolution.

This is the country where Said Hajjarian, already severely disabled by a shot from the gun of a regime-hired assailant, had to formally excuse himself at a show trial last year for reading Western philosophy with his students. The country that accuses its own greatest philosophers of having planned the velvet revolution and used it to seduce the youth of Iran. Seduced them into doing what? Thinking.

At daggers drawn with Western Philosophy

None of them will be allowed to speak at World Philosophy Day. Mohammad Shabestari, a specialist on Gadamer and Wittgenstein, has been forced into early retirement. Mohsen Kadivar, who currently lives in the USA, was declared a heretic and cannot return to Iran. And Abdolkarim Soroush as well would have to fear for his life in Iran, while Ramin Jahanbegloo would presumably be able to experience again what it's like to live in solitary confinement in Evin Prison were he to enter the country. He was first incarcerated in 2006, charged with communicating with Western philosophers. He had brought Jürgen Habermas, Richard Rorty and Antonio Negri to Iran. 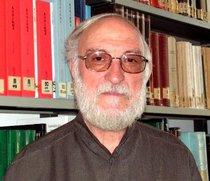 A cultural-philosophical farce: Real Iranian philosophers, such as Ramin Jahanbegloo, Abdolkarim Soroush Mohammad, Mohsen Kadivar, and Mojtahed Shabestari (photo) are not allowed to participate at the conference. Only adherents of the regime are invited

​​ In place of the best-known Iranian philosophers, Gholam Hossein Haddad Adel is scheduled to speak at World Philosophy Day, the same man who is also organising the event. Haddad Adel is regarded as a Kant expert. But it seems that Kant's political writings have not left much of an impression on him. Or perhaps his personal political stance has been shaped more by the fact that his daughter is married to Grand Ayatollah Ali Khamenei's son.

Haddad Adel was not only given the honourable task of organising World Philosophy Day. He is also the one chosen to carry out the above-mentioned new cultural revolution. Who, then, can doubt that Iran is the right place to hold World Philosophy Day?

Lack of solidarity with persecuted philosophers

Journalist Ahmad Zeidabadi, back in prison again after the protests of summer 2009, has posted on his Facebook page an article philosopher Otfried Höffe wrote for the Garman daily Frankfurter Allgemeine Zeitung explaining why he won't be coming to Teheran to speak. The English summary of his reasoning conveys a note of gratitude, gratitude for the solidarity Höffe has demonstrated. 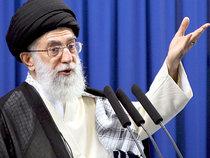 Supreme Leader Ali Khemenei regards philosophy as dangerous. Katajun Amirpur is in agreement: "Philosophy is dangerous – for Khemenei and his regime"

​​ Isn't UNESCO interested in showing solidarity? For example with the students who hurled chants at parliamentary representative Haddad Adel, the philosophy lecturer appearing at the event, saying things like: "Shame on you, shame on you, you representative against the people!" And who were then threatened with being thrown into the infamous Kahrizak Prison?

A host of additional philosophers and intellectuals have demonstrated solidarity. Among them Jürgen Habermas and Seyla Benhabib. Ramin Jahanbegloo wrote a protest letter to UNESCO in association with the organisation Reset Dialogues on Civilizations. They will hold a press conference this week in New York together with other Iranian intellectuals who have been driven into exile by the regime, in order to ask once more: Could anything be more absurd than to hold the planned UNESCO conference in Teheran?

All the same, Khamenei is right about one thing: philosophy is dangerous. If not for Iran, then for him and his regime. Philosophy, the Western brand, but above all the philosophical mysticism of Islam, is very popular today particularly among young Iranians – it is perceived as a form of resistance against the political ideology and religious dogmatism of the regime.

Teheran is still today a place where Habermas and Hannah Arendt are read. Only, there are probably more philosophers to be found in Evin Prison than will be taking the podium set up by the regime in November.

Katajun Amirpur is a well-known Islamic scholar and professor at the University of Zurich.

Philosophy in Iran
Between Critical Rationalism and Eastern Wisdom
Philosophical thought in Iran has long been influenced by direct dialogue with western philosophers. But the Iranians are also attempting to maintain the heritage of their own intellectual tradition. Alessandro Topa took a trip to the Iranian Institute of Philosophy