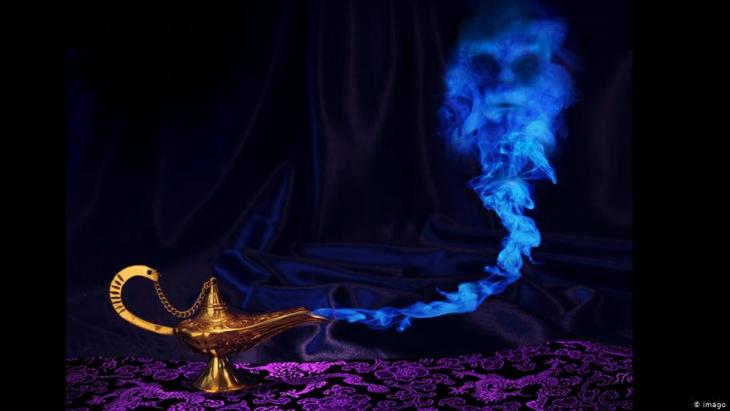 The Arab world is one gigantic pressure cooker. For the most part the lid of repression is on, but it is boiling over with increasing frequency. Whether in Lebanon, Iraq or in Algeria, where people are rising up against political despotism and corruption. By Karim El-Gawhary

We have seen how the lid was lifted this year in Algeria following the toppling of the dictator Abdelaziz Bouteflika, a country now in the throes of weekly demonstrations demanding an end to the entire "Bouteflika system".

Or in Sudan, where long-time dictator Omar al-Bashir was ousted and the protest movement managed to negotiate a power-sharing agreement with the military – to date the sole rulers of the nation – which should in three years lead to a civilian government and democratic elections.

And even in Egypt, a country ruled by an omnipotent repressive apparatus, people dared just a few weeks ago to take to the streets for the first time against the former head of the military and President Abdul Fattah al-Sisi.

A long-term process of upheaval

All this shows one thing above all else: politics in the Arab world cannot be described with the seasons of the years along the lines of "the Arab Spring has become the Arab Winter". What we’re experiencing on our doorstep in the southern and eastern Mediterranean as well as in the Middle East, is a long-term process of upheaval.

Even the beginnings of this insurgency can be described as a process. The reality is much more complex than the story of the street vendor Mohamed Bouazizi who set himself alight in Tunisia and with this single act, this beat of a butterfly’s wing, triggered a hurricane that swept across the entire Arab world.

Take the example of Egypt: what sparked the rebellion against Mubarak? Was it 25 January 2011, when people began streaming onto Tahrir Square? Or the New Year’s Eve before that, when Muslim and Coptic youngsters took to the streets following an attack on a church in Alexandria to protest at the regime’s inability to provide adequate protection for the nation’s churches. 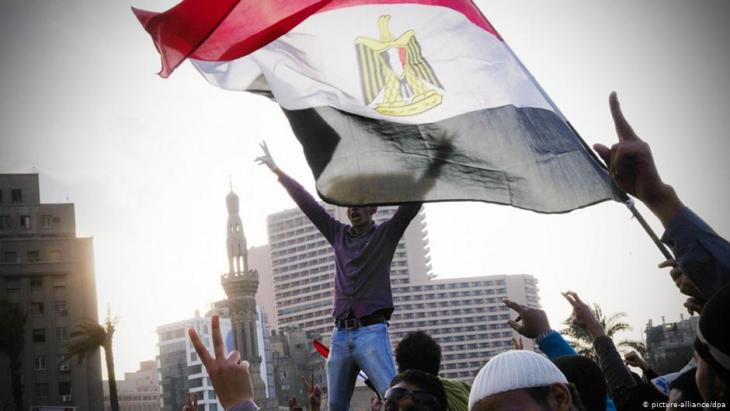 "Insurgency movements as a constantly recurring process of upheaval in the Arab world: if the genie is now out of the bottle, no autocrat, no military and no confessional party will be able to cram it back in. Then, the process of upheaval will run its course – regardless of the season," writes Karim El-Gawhary

Or did the uprising begin the previous year, when the young man Khaled Said was beaten to death by policemen in Alexandria and the Facebook campaign "We are all Khaled Said" spread like wildfire throughout Egypt. Or was the catalyst the protest movement "Kifaya" (Enough!), a small group of political activists demonstrating against Mubarak since 2004?

Social factors as a trigger for the rebellion

And precisely because this movement for political change in the country does not have a determinable starting point, it also has no end point. The old systems may continue to try and keep the lid on these protest movements by repressive means, but thus far they have not succeeded in completely eliminating the prevailing contradictions.

And these are currently being inflamed by the growing economic and social problems. After all, the traditional Arab autocratic or confessional political systems all have one thing in common: they open the door to corruption and the self-enrichment of whichever elite happens to be in power, while most of the country is left economically and socially with its back to the wall.

The other recurring reason for the discontent can be seen in the non-functioning state services – whether in regard to the sporadic power supplies in the extreme heat of the Iraqi summer, the refuse crisis or the inadequate digital infrastructure in Lebanon, which is comparable with that of a third world nation in a country that presents a gleaming facade to the rest of the world.

The youth unemployment rate in Iraq is 20 percent. This is particularly dramatic because 60 percent of the population is under 24. The numbers are similar in other Arab nations, where predominantly young people are taking to the streets because they feel they have no future perspectives. The distinctive feature of these protest movements is their spontaneous character and – perhaps with the exception of Sudan – the lack of any organisational structure. Besides, many demonstrators refuse to be politically absorbed by the traditional parties of their nations. 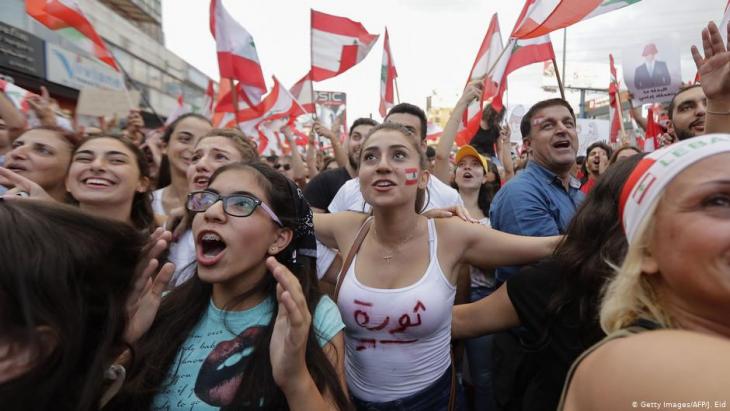 No to political standstill: people have been protesting against the government of Prime Minister Saad Hariri for almost two weeks. The demonstrations were triggered by austerity measures and tax increases announced by the government. Hariri finally announced his resignation on 30.10.2019. It remains to be seen if the Lebanese system of proportional representation that divides power between the denominational groups will see an overhaul as a result

It is also interesting that the protest is not only directed at the Arab autocrats, but – in the case of Lebanon and Iraq – against orders in which confessional groupings and parties dominate the political landscape. For decades, people there have been told that their religious identity is a decisive factor in politics – whether that identity be that of Sunnis, Shias or Christians.

But now, people are realising that these very same religion-based political parties are lining their pockets, creating a confessional buddy economy where ministries are owned by confessional parties and have become self-services stores for these.

Now, people in these very same nations are uniting to demonstrate for a functioning state, for political accountability for those in government and against either own confessional leadership. Economic and social needs are of utmost importance in the discourse on religious identities.

The responses from Arab states only serve to highlight their weaknesses. They resort to repression. In Iraq, the very same Shia militias denounced for mismanagement by protesters in the Shia areas of the country fired on demonstrators.

In Egypt, the regime is in a such a panic over any kind of dissent that a few weeks ago, the police began stopping large numbers of people on the streets and demanding access to their phones. Anyone found with anti-government material on their phones is taken away for questioning, as well as anyone refusing to unlock their devices.

Egyptian human rights organisations are reporting more than 4,000 cases of these "mobile phone arrests". The Arab regimes face a fundamental problem here. Repression works, but it also has an expiry date, especially if economic and social problems remain unresolved.

Regardless of whether in the case of Lebanon, Iraq, Algeria, Sudan or Egypt, the same thing always applies: the regimes, the confessional parties and their security apparatuses are no longer the ones deciding what people think and also express. First and foremost through social media, the critical political debate has for a long time now taken on a life of its own, migrating straight from the Internet to the coffeehouse.

And if the genie is now out of the bottle, no autocrat, no military and no confessional party will be able to cram it back in. Then, the process of upheaval will run its course – regardless of the season.

Political analyst Taqadum al-Khatib argues that Egypt can, in co-ordination with its European partners, develop a common vision to solve the complex conflict in Libya. For this to ... END_OF_DOCUMENT_TOKEN_TO_BE_REPLACED

The upheavals of the past year in the MENA region are arguably as momentous as those of the Arab Spring in 2011. Yet perhaps the biggest difference is that our interest seems to ... END_OF_DOCUMENT_TOKEN_TO_BE_REPLACED

Algeria's political impasse has been going on for weeks. Attempts to calm the public mood by sacrificing some of the Bouteflika faithful has only served to fuel demonstrators' ... END_OF_DOCUMENT_TOKEN_TO_BE_REPLACED

Nearly a decade after the Arab Spring fizzled out, a new wave of protests has swept across the Middle East and North Africa. What is different this time – and will the protesters ... END_OF_DOCUMENT_TOKEN_TO_BE_REPLACED

Hassan Aourid is one of the most important political and intellectual figures in Morocco. In interview with Ismail Azzam for Qantara, Aourid outlines his vision of the decline of ... END_OF_DOCUMENT_TOKEN_TO_BE_REPLACED

In the wake of the Arab Spring, not one Arab dictator has faced charges for creating a police state and inducing terror among citizens. Similarly, none has been prosecuted for ... END_OF_DOCUMENT_TOKEN_TO_BE_REPLACED

Comments for this article: The genie is out of the bottle

The underlaying problem is the essential paradigm of Western thought is an idealist monism, in a more cyclical, binary reality.
Logically a spiritual absolute would be that raw essence of sentience, bubbling up through life, not an ideal of wisdom and judgement, from which it fell.
Yet there does have to be judgement and determination. Not every acorn gets to be an oak tree. We can't have our cake and eat it too. Both directions can't be taken at a fork in the road.
So we are stuck between the anarchy of desire and the tyranny of judgement. It really is more the yin and yang, of the heart and the head, than a God Almighty.
Democracy and republicanism evolved in pantheistic societies, that emerged with the ancient "multiculturalism" of the shift from tribes to city states. Monotheism was an effort to meld these complex cultural entities back into singular political systems. Thus it ushered the 'divine right of kings.' When the west went back to democratic forms, it required a separation of church and state, culture and civics. Islam is trying to sustain that top down culture, through Sharia laws, but judgement cannot fully dominate desire and it will only cause that much more wreckage, the longer it tries.
The future is as much a reaction to the past, as continuation of it. Thus is fluctuates. Without these ups and downs, it would just be a flatline otherwise.