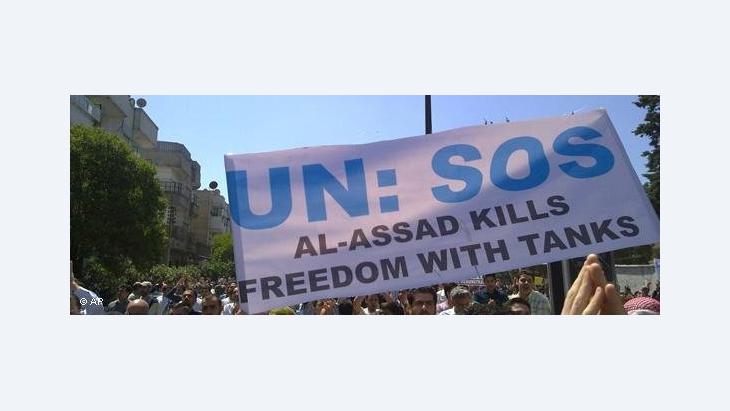 Uprising against the Assad Regime in Syria
Is This a Second Libya?

﻿In his essay, Radwan Ziadeh, founder and director of the Damascus Center for Human Rights Studies and an activist during the "Damascus Spring", discusses several possible scenarios for the outcome of the conflict between the Syrian regime and the protest movement﻿

After the revolutions in Tunisia and Egypt, where two of the most despotic Arab rulers were toppled (Ben Ali in 32 days, Mubarak in 18 days), the Arab revolts continued to spread.

First up was Libya, where the rebellion developed into an armed conflict that has already claimed the lives of over 10,000 people; then came Yemen, where President Ali Abdullah Saleh seems to be teetering on the brink of a deep precipice, but no-one seems to be on hand to tip him over the edge; and finally Syria, where the demonstrations have now spread to almost all provinces.

Two "liberation models" can be identified on the basis of these revolts:

This was most evident in Egypt, where protesters occupied the capital city's central square and an increasing number of people joined the protests every day until such time as the president was finally forced to step down. In all three countries, the army played a key role insofar as it refused to shoot at demonstrators and forced the president to resign, or, in the case of Yemen's Saleh, to leave the country.

This can be considered the ideal model because it involves the fewest fatalities; after all, the revolutions maintain their absolutely peaceful character. The demonstrators were disciplined enough to adhere to the principle of non-violence in order to ensure the success of their revolution. Moreover, this earned them major moral support from both the people of their own country and the international community. This in turn heightened the international pressure on the presidents. 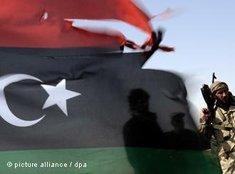 Armed resistance as the only remaining option for fighting the Gaddafi regime: rebels take the city of Misrata in western Libya

​​Part of the country is liberated and as much ground as possible is gained. Libyan lawyers and judges initially followed the Egyptian example and protested peacefully outside the court in Benghazi. The immediate recourse to armed violence by Libyan security forces and the consequent high number of fatalities among the demonstrators ultimately led to the fact that the Libyan revolts soon changed from a peaceful rebellion to an armed insurrection.

And because Gaddafi's troops were implementing a scorched earth policy, deploying aircraft and heavy artillery, the only option for the Libyans was to turn to the international community in the hope that it would stop the Libyan killing machinery. This plunged Libya into an armed conflict that is set to continue for a while until Gaddafi can be toppled, making Libya's future unpredictable.

But which of these two models best reflects the uprising in Syria? First of all, it is important to note that the demonstrations in Syria have remained absolutely peaceful although so many people have been gunned down or taken out by sharpshooters. Every time demonstrators tried to occupy a place in any of the cities – as happened in the Omari Mosque in Daraa, in Salibiye Square in Latakia, in Duma and in Homs – live ammunition was used against them and dozens lost their lives.

So far, the security forces have immediately intervened every time to break up the protests. However, just like in Libya, they did not use tear gas or rubber bullets, but targeted heads and upper bodies, which explains the high number of fatalities throughout the course of the protests. Does this mean that the Syrian rebellion could develop along the same lines as the one in Libya? How will events unfold in Syria? I think that the following three scenarios are most likely.

1 The Syrian regime will survive the crisis

The demonstrations and protests will be ended emphatically using repressive force. This might take a year or it might happen within a much shorter period, as was the case with the suppression of the "Green Revolution" in Iran in 2009 or the crushing of the "Saffron Revolution" in Burma in 2007.

Appeal for reason and tolerance: "Free people of the Syrian army, we are your brothers, fathers and children!" Opponents of the regime demonstrate in Homs on 6 May

Both of these regimes – the religious one in Iran and the military one in Burma – ended the protests by using indiscriminate violence against the demonstrators and mobilising the entire security apparatus, including the army and militia.

This is exactly the tactic being employed by the Syrian regime; it assumes that it will be able to break the protest movement by using extreme violence and live ammunition on demonstrators. This sniper tactic causes panic among the demonstrators and gradually reduces the number of their supporters.

In cities where the state's control is slipping away, such as Deraa or Baniyas, the Republican Guard and the heavily armed "Fourth Division" of the army, which is particularly loyal to the regime, are deployed. These cities are then fully occupied, detention centres are filled with all the young men the security forces can lay their hands on, and a policy of torture brings the protest movement to its knees.

2 A split within the Syrian army

A second scenario might look something like this: the demonstrators, though weakened, would continue, and the security forces would continue to respond with the force of arms. If the army has to take action in several Syrian cities simultaneously, this could cause divisions, something that has already happened in Deraa, Rastan, Homs and Baniyas. In these cases, the security forces responded by liquidating the deserters, at least that is what eye-witnesses and soldiers say, and their accounts are backed up by videos posted on the Internet. 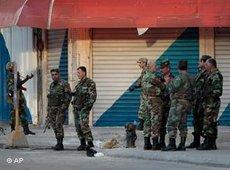 No longer united behind President Assad? Indications of a mutiny in parts of the Syrian army are growing

A long-term involvement of the army in deployments against demonstrators would mean that divisions, especially in the higher echelons of the military, would only be a matter of time. It is possible that leading military figures would decide to protect civilian demonstrators. This in turn would involve them in violent skirmishes with the well armed and highly trained "Fourth Division" and would put the army leadership in a fateful situation in which it would face having to decide whether to align itself with the demonstrators.

For this to happen, however, they would have to be sure of the loyalty of the lower ranks. Moreover, the protest movements would have to spread to many cities and regions and remain peaceful.

Finally, it is conceivable that the demonstrations could continue, their repression by the security forces becoming increasingly severe. In this case too, a split within the army could emerge, albeit without having any decisive consequences.

If an increasing number of civilians were to be killed, foreign intervention to protect them is a possibility. And although this scenario would be the worst of all and Syria would find itself in the same situation as Libya, it is conceivable in view of the rising number of victims, the indifference of the Syrian regime to international condemnation and the increasingly harsh tone being employed by the US and the EU.

Generally speaking, all three scenarios described above are each about as probable as the other. Which scenario it will be depends primarily on how things develop inside Syria and secondarily on the stance adopted by its neighbouring countries and the international community.

Radwan Ziadeh is a political scientist and founder and director of the Damascus Center for Human Rights Studies. He was one of the activists in the "Damascus Spring" in 2001, when people demanded more civil rights and liberties and an end to one-party rule. Because of his human rights activities, the Syrian judiciary issued a warrant for his arrest in 2008. He has been lecturing and conducting research in Washington since 2007.

Any reconciliation between Turkey and Syria’s Assad regime would have disastrous consequences for many Syrians, explains Syria expert Kristin Helberg END_OF_DOCUMENT_TOKEN_TO_BE_REPLACED

There are signs of an imminent normalisation of relations between Turkey and Syria. This would allow Erdogan to score political points domestically before the upcoming elections ... END_OF_DOCUMENT_TOKEN_TO_BE_REPLACED

As Syrian camps housing families of Islamic State fighters get more dangerous, there are calls to bring children out, even if the mothers don't want to go. The idea of separating ... END_OF_DOCUMENT_TOKEN_TO_BE_REPLACED

Where are the measures to deal with the looming challenges facing the Arab world? In this commentary, Marwan Muasher warns that the region is in grave danger of falling behind ... END_OF_DOCUMENT_TOKEN_TO_BE_REPLACED

At the end of every year, the team at Qantara.de gives you a run-down of the ten most-read articles on the site over the past 12 months. Here is a quick overview of the stories ... END_OF_DOCUMENT_TOKEN_TO_BE_REPLACED

Social engagement is often motivated by religious factors. A new book explores the background to these community efforts and appraises how effective they are in helping to ... END_OF_DOCUMENT_TOKEN_TO_BE_REPLACED
Author:
Radwan Ziadeh
Date:
Mail:
Send via mail

END_OF_DOCUMENT_TOKEN_TO_BE_REPLACED
Social media
and networks
Subscribe to our
newsletter