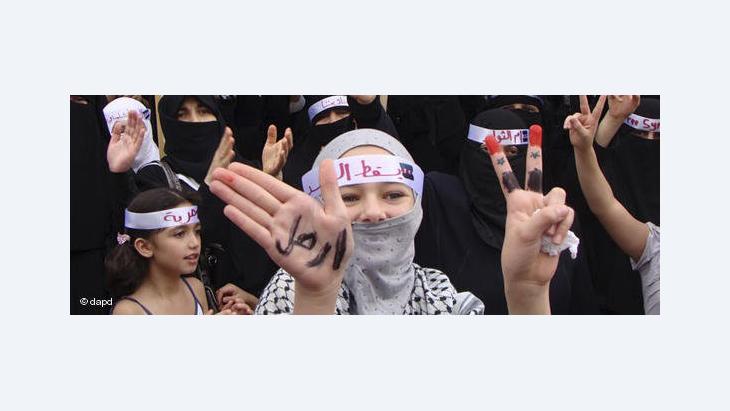 Uprising against the Assad Regime in Syria

What Support for the Protest Movement?

﻿If the creeping massacre of the Syrian population is to be stopped, now is the time to send out an unambiguous message, warns Volker Perthes, expert on the Near East and director of the German Institute for International and Security Affairs

The uprising against Bashar al-Assad's regime in Syria has been going on now for over six months. This, not the fact that the people want to shake off the yoke of dictatorial rule, is the surprising news here.

The regime was convinced that dealing with the protest would be easy. It relied on the fact – and still continues to do so – that a large part of the population would simply be afraid: not only of the brutality of the security apparatus, but also of the fact that the toppling of the regime could lead to chaos, sectarian disputes, civil war or to the seizure of power by radical forces. 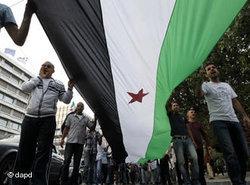 Despite the army's brutal crackdown, the regime in Damascus has not succeeded in breaking the resistance of the protest movement months after the start of the uprising

​​Syria is going through a kind of slowly-spreading uprising of attrition. Anyone who meets the young people who are organising and carrying the revolt, cannot but be impressed by their ability to coordinate themselves despite the fact that telephones and the Internet are being monitored nationwide by the regime, by their ability to arrive at consensus about the locations and the motto of the next Friday demonstration, by how unideological this generation is and how capable of cooperation it is, and, of course, by its staying power.

So far, the Syrian revolution has not been strong enough to topple the regime, but the revolt is now livelier and more deeply rooted in society than it was at the beginning. As one activist told me, the revolution has "surprised the regime, the traditional opposition and also itself."

The regime can no longer win. Even if it succeeded it putting down the protests using extreme violence, it would still lose: it has squandered all legitimacy both domestically and internationally and would remain isolated. Assad can, however, postpone his departure by spilling blood. In the first six months alone, at least 2,600 people have been shot dead or killed in other ways.

And the more ruthlessly the regime deploys loyal military units and irregular militia against the strongholds of the revolt, the more one will have to get used to the idea that the revolt, which has thus far remained peaceful, will start getting more militant.

According to reports from opposition circles – which cannot, however, be verified – up to 3,000 soldiers have "actively" changed sides; in other words they simply no longer showed up for duty and are instead willing to stand armed and shoulder to shoulder with the uprising. In Homs, for example, deserters have begun protecting demonstrators; in Rastan, there was a long military skirmish between troops loyal to the regime and deserters in early October.

The high blood toll that has been exacted thus far means that the protest movement too is now calling for international protection. In early September, the motto of the protest was "The Friday of International Protection" for the first time. These calls will get louder as time goes on.

Sanctions are still the right thing to do

This leaves the international community quite at a loss. The Security Council was not even able to agree on a resolution that condemned the bloodshed. Even the Arab League has gone further than that. So what options – apart form appeals – remain for Europe? 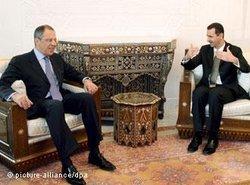 Standing shoulder to shoulder with the Baath regime: Syria has been a major customer of the Russian arms industry since Soviet times; Russia also has a military base in the country

​​Sanctions are still the right thing to do. However, one should not expect them to have any immediate and certainly not any direct success. Assad and his entourage are not simply going to change their politics because the Europeans stop buying oil from them or prevent representatives of the regime from entering their countries.

What is more important here is the signal that is sent out to others, to the large numbers of people in government, bureaucracy and the military who are as yet undecided and fear that the USA and Europe might ultimately turn around and cooperate with Assad again. They have to understand that the regime will no longer be accepted internationally.

Sanctions underline this fact. European diplomacy can also work towards a situation where states like China, India or South Africa silently support at least some of these measures (e.g. not selling weapons to Syria), even if they don't want to support them officially.

It is right to put representatives of the regime and its supporters – including those in the business world – on a "black list", i.e. to impose entry bans or to freeze accounts. At the same time, however, it must be made very clear that people who distance themselves from the regime can also be removed from the list quickly. Such lists are an international sanction; they are not a substitute for a reappraisal of the past that will take place in Syria after a regime change. The EU cannot and will not take the place of Syrian courts or a "truth commission".

European and other states can also make it clear that they support preparations for the "day after", i.e. for the period immediately following the fall of the regime. This means working with various opposition groups that are being formed outside Syria and with representatives of the protest movement inside the country, without putting them at risk.

One shouldn't wait for the opposition to "unify". It is only natural that in a period of transition, various groups and coalitions will jostle for positions. In any case, the new Syria will be more pluralistic, which is why it will do no harm to work with a variety of groups as long as these groups are credible – something that is not impossible to ascertain – and represent a relevant part of the political and social spectrum.

What happens if the killing continues?

The most difficult question is what is to be done if the killing goes on. The message that the international community will not just turn a blind eye if the regime continues to wage war against its people has not yet been sent in a credible manner.

Of course, no NATO state wants to get embroiled in another war. However, one should be very careful not to give Assad the impression that he can do what he likes by continually making statements about what NATO does not intend to do. 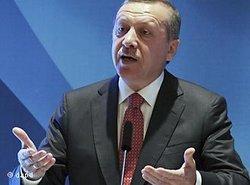 Outspoken opposition to the regime in Damascus: in September, Turkish Prime Minister Recep Tayyip Erdogan said that he was no longer in contact with the Syrian leadership, explaining that Syria's behaviour had forced Turkey to break off all ties with its neighbour

​​Down through the years, the members of Syria's elite group of leaders have learned how to interpret the sign language of their regional and international partners and opponents – not always correctly, but ultimately quite effectively in those cases where communication was not direct and open. NATO or individual member states could, therefore, at least indicate that as far as a region of such great strategic importance is concerned, preparations are being made for all eventualities.

Turkish Prime Minister Recep Tayyip Erdogan has already said that Turkey will not permit a second "Hama", i.e. another massacre like the one in 1982 in which, depending on whose account one reads, between 5,000 and 20,000 people lost their lives. Turkey, a NATO member, will certainly not launch an invasion of Syria. However, it would not be a mistake for the Turkish General Staff or the corresponding staffs in NATO to make it clear that plans for military interventions of a kind much less dramatic than this do indeed exist (e.g. targeted air raids on military airports).

The message that Assad and his people should understand must be that while NATO and its member states have no desire to decide who governs Syria or what foreign policy course the country takes, they have no intention of tolerating a government that massacres its people in our common European–Mediterranean area, and for that reason, despite all restraint, no options are excluded.

Home
Print
Newsletter
More on this topic
The Opposition in Syria: A Multitude of UprisingsDossier: Uprisings in the Arab World
Related Topics
Arab Spring, Arabellion, Christians in the Islamic world, Democracy and civil society, Syrian Civil War
All Topics

Germany’s electorate includes some 7.4 million citizens with international roots, while many more millions of residents from abroad aren’t allowed to vote. Both groups are often ... END_OF_DOCUMENT_TOKEN_TO_BE_REPLACED

"The people aren’t ready for democracy" has been the constitutional basis for Arab tyranny, its favourite slogan and its sacred narrative for more than a century. Yet, asks Khaled ... END_OF_DOCUMENT_TOKEN_TO_BE_REPLACED

Two decades after the attacks of 11 September 2001, the West faces the shattered debris of its failure – not only in Afghanistan, but also in Iraq, Syria, Libya and Yemen. What ... END_OF_DOCUMENT_TOKEN_TO_BE_REPLACED

They have lost everything; they are deeply traumatised – and yet they refuse to give up hope. In “The Beekeeper of Aleppo“, bestselling author Christy Lefteri focuses on the ... END_OF_DOCUMENT_TOKEN_TO_BE_REPLACED

The disappearance of Razan Zeitouneh and her colleagues has been one of the greatest mysteries of the Syrian war – until today. DW's investigative unit hunted clues across six ... END_OF_DOCUMENT_TOKEN_TO_BE_REPLACED

How can the various realities of Kurdish life, shaped by depression, resistance and war, be depicted in art? This is the question addressed by the “bê welat – the unexpected ... END_OF_DOCUMENT_TOKEN_TO_BE_REPLACED
Author:
Volker Perthes
Date:
Mail:
Send via mail

END_OF_DOCUMENT_TOKEN_TO_BE_REPLACED
Social media
and networks
Subscribe to our
newsletter