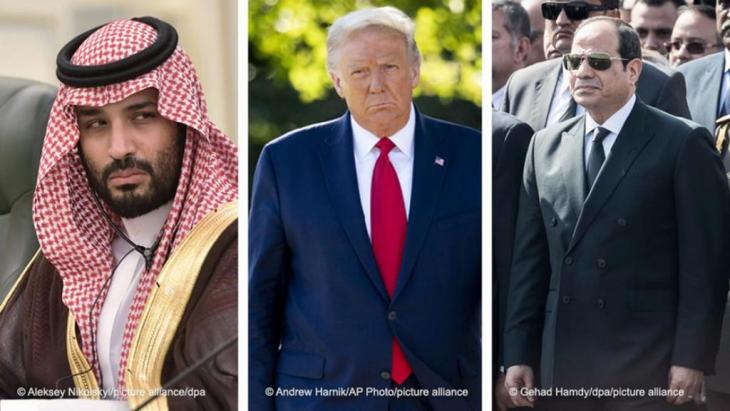 A victory by Democrat candidate Joe Biden would usher in a new beginning for the Arab world, with attendant changes in U.S. policy. Autocratic leaders in the Middle East have every reason to be concerned. Commentary by Egyptian academic Taqadum al-Khatib

Under Donald Trump, the United States of America has entered a spiral of political, moral and professional decline. The man deals with politics as a real estate broker, rather than as a politician who knows the strength of his country and its status in the world, or who understands the principles of democracy, freedom and human rights. Perhaps it is Trump’s background and the way he came to power – a political outsider, affiliated with neither the Democrat nor Republican parties – that best explains the crisis of leadership currently being played out in the United States.

Since Donald Trump came to power in 2016, the face of the world has changed dramatically. The far right has become stronger, boosted by Trump's racist rhetoric, and the Middle East is a much darker place than it was before. Trump has acted outside the political and diplomatic conventions of recent decades. He has aggravated the schism in the Gulf by supporting the blockade on Qatar. He gave despotic regimes the green light to initiate wars and destruction, and to kill and imprison their opposition, openly providing cover for their crimes.

The case of the Saudi journalist Jamal Khashoggi, murdered in his country's consulate in Istanbul, and the war in Yemen are blatant examples of Trump affording support to oppressive regimes in the Arab world to commit whatever acts of repression, killing and wholesale human rights violations they liked, without fear of pressure being brought to bear upon them by the United States or its allies.

Demonstrating a ruthless grip on security, these regimes have used the fig-leaf provided by Trump to consolidate their control, blowing apart the rule of law. They have also changed their constitutions in order to stay in power for longer. This is exactly what Egyptian President Abdul Fattah al-Sisi has done – legally he can now remain in power until 2030. 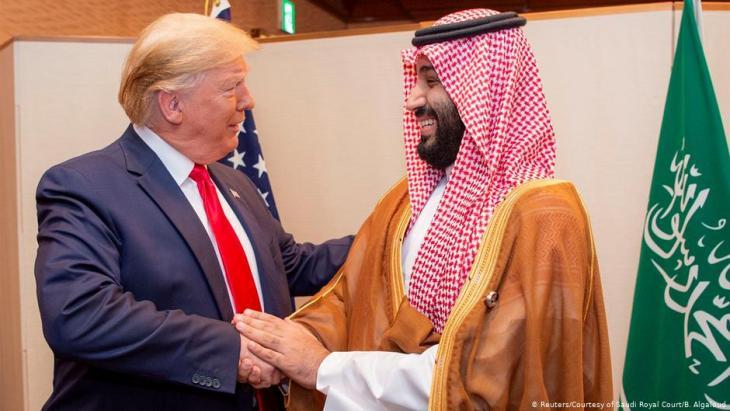 Trump's cronies on the back foot: most affected by a Biden victory would be Saudi Crown Prince Muhammed bin Salman, closely followed by Egyptian President Abdul Fattah al-Sisi, who is facing major challenges both at home and abroad. The influence of Abu Dhabi's Crown Prince Sheikh Muhammed bin Zayed is also expected to wane

Fearing a return of human rights and democracy

With the American elections on 3 November, the authoritarian regimes are becoming anxious. Opinion polls confirm that the Democrat candidate, Joe Biden, is far ahead of the current president, and this means that Biden may well be the next U.S. president. Should this happen, the goalposts in the Middle East are very likely to shift.

A Biden victory and the prospect of human rights once again taking centre-stage for an American president represent a real threat to the Middle East's autocratic regimes. In Egypt, for example, President Sisi has taken a stance against human rights since coming to power in 2014; he has arrested tens of thousands of people, stifled public debate and taken control of the media. He has also extended his control over the executive and the legislature by means of the constitutional amendments that came into force last year.

Sisi’s repressive tactics follow from his personal conviction that the margin of freedom given to the opposition prior to 2011, including allowing human rights organisations to operate, was what led to the revolution and the ousting of former president Hosni Mubarak in February 2011. This is Sisi’s obsession and the primary motive behind his actions. In this, he has been helped by Trump in exchange for concessions or within the framework of political deals, most notably the so-called 'deal of the century'.

Alaa Abd el-Fattah, arguably Egypt’s most prominent democracy activist, has just been handed another lengthy prison sentence. Despite this, a book of his writing has recently been ... END_OF_DOCUMENT_TOKEN_TO_BE_REPLACED

A prominent rights group in Egypt, the Arabic Network for Human Rights, is ending operations just as the country braces for a controversial NGO law. Is this the beginning of the ... END_OF_DOCUMENT_TOKEN_TO_BE_REPLACED

Moncef Marzouki was Tunisia's first democratically elected president after the fall of dictator Ben Ali. Today he is the most prominent critic of increasingly counter- ... END_OF_DOCUMENT_TOKEN_TO_BE_REPLACED

Asef Bayat, professor of Sociology at the University of Illinois, Urbana-Champaign, has been studying revolutions and how they affect people since 1979. In his recent book, " ... END_OF_DOCUMENT_TOKEN_TO_BE_REPLACED

Every year in December, the team at Qantara.de takes a look back at the articles that proved most popular with our readers. This year is no different. Here is a run-down of the ... END_OF_DOCUMENT_TOKEN_TO_BE_REPLACED

In this new bilingual edition, translated by Humphrey Davies, al-Jawbari, one of the thirteenth century's leading experts in skullduggery reveals all there is to know about the ... END_OF_DOCUMENT_TOKEN_TO_BE_REPLACED
Author:
Taqadum al-Khatib
Date:
Mail:
Send via mail

END_OF_DOCUMENT_TOKEN_TO_BE_REPLACED
Social media
and networks
Subscribe to our
newsletter