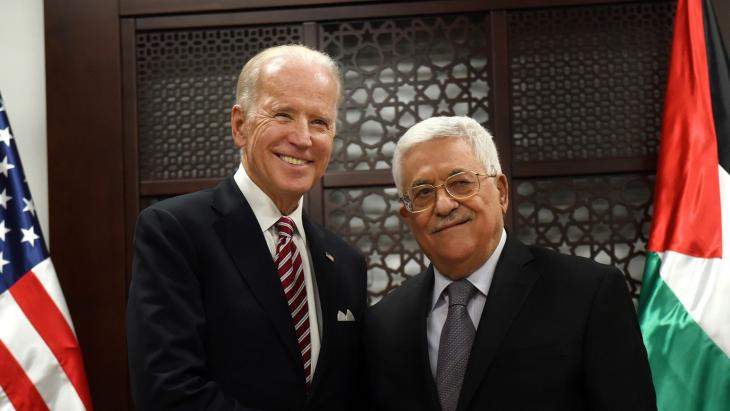 Whereas large sectors of Arab public opinion held the view prior to the U.S. elections that it made no difference whether Joe Biden or Donald Trump became president, when it comes to issues facing the Arab world, a close examination suggests otherwise. There is no doubt that the United States is seen largely in a monolithic, and negative, way in Arab countries because of its longstanding support for Israel. However, there are three key areas affecting the region that will, most probably, be dealt with differently under the Biden administration than under the outgoing Trump administration.

First, the approach to the Arab-Israeli conflict will change. The Trump administration adopted a policy of total support for the Israeli position, driven by its wish to attract the evangelical vote in the United States, as well as by the personal and ideological relationship of Jared Kushner, Donald Trump’s son in law, with Israeli Prime Minister Benjamin Netanyahu.

No more 'deal of the century'

The net result was a one-sided plan, erroneously dubbed "the deal of the century", that gave Israel a green light to annex large areas of the West Bank. This was in direct contravention not only to international law but also to United Nations resolutions of which the United States had approved. More dangerously, such a step, if implemented, would kill the two-state solution and negatively affect Jordan’s security.

It is probably true that the Biden administration will not regard the Middle East as a priority, and will focus, instead, on the huge domestic divide in the United States. But while a new administration will not reverse some key steps adopted by its predecessor, including the decision to move the U.S. embassy from Tel Aviv to Jerusalem, it will surely abandon the Trump peace plan. In that way it will deny Israel the green light it had to disregard international law and prevent the establishment of a viable Palestinian state.

A stricter stance on human rights

Second, on universal values and human rights, it is rare for any country in the world to place a rights-based approach to international affairs above its national interests. The United Sates is no exception. However, Trump has belittled the idea of human rights and pluralistic values to the point that many countries in the region read this as implicit consent for abusing their population. The murder of journalist Jamal Khashoggi was a notable example of this. While Biden is not expected to totally reverse Trump’s policy, his presidency may at least put up an orange light to such practices. 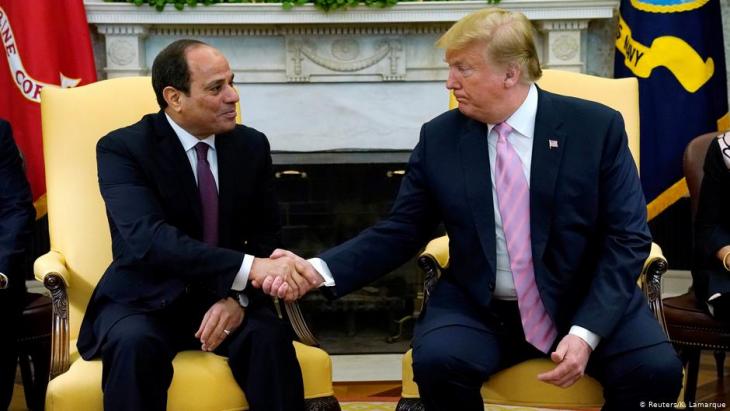 Trump with his "favourite dictator", Abdul Fattah al-Sisi: while it is rare for any country in the world to place a rights-based approach to international affairs above its national interests, U.S. President Trump has belittled the idea of human rights and pluralistic values to the point that many countries in the region read this as implicit consent for abusing their population. Though Biden is not expected to totally reverse Trump’s policy, his presidency may at least put up an orange light to such practices

Get Arabs on board when it comes to Iran

Third, on dealing with Iran, many Gulf states supported Trump because of the hard-line position he adopted and because they saw the nuclear agreement that President Barack Obama concluded with Tehran as having failed to halt Iranian interference in the affairs of Arab countries. Biden will not be able to turn the clock back to the Obama period and ignore this legitimate fear among many Arab states. He will have to factor their feelings of threat into any re-negotiation of a deal. Iran’s dire economic situation, caused by U.S. sanctions and the COVID-19 pandemic, might push the country’s leaders to adopt a more lenient position.

There is a stark fact that many Arabs have not recognised, namely that the Middle East has stopped being a high priority for the United States. This reality pre-dated Trump. The decline in the importance of Arab oil, coupled with the blowback from the Iraq war, has convinced many Americans that their interventions in the region have not brought stability. Even their support for authoritarian regimes failed to do so, given the Arab uprisings that began in 2010 and 2011.

Mohamed Amashah is finally home after 486 days in Egyptian prison for holding a protest sign. Arresting, torturing, and exiling activists like Sarah Hegazy and Mohamed Soltan or threatening their families is unacceptable. No more blank checks for Trump’s "favorite dictator." https://t.co/RtZkbGh6ik

Nor was it a coincidence that the United States started "pivoting" towards China during the Obama years, in an effort to channel its energies toward a rising economic superpower. That will also have an effect in the Arab world, where efforts by some governments to try to check China’s rising regional economic influence in order to appease the Trump administration might be eased.

The United States' declining interest in the Middle East does not mean that the peoples of the region should brush aside the results of the election, or view Republicans and Democrats as two sides of the same coin. A president Biden might not affect the region positively, but the departure of Trump will take away an approach that allowed Israel to annex more Palestinian and Arab land and violate human rights under American cover.

Indeed, Trump allowed many countries to violate human rights on his watch. We might take some solace in the fact that we may soon see changes in such behaviour.

Marwan Muasher is vice-president for studies at Carnegie, where he oversees research in Washington and Beirut on the Middle East.

Abortions are illegal in Egypt unless they are necessary to save a married woman's life. But that doesn't stop local women from having one. Egyptian society needs to acknowledge ... END_OF_DOCUMENT_TOKEN_TO_BE_REPLACED

Food prices doubled, salaries halved, banks restricting withdrawals: Egyptians now have the same problems as the Lebanese. But if things get worse here, the fallout will be far ... END_OF_DOCUMENT_TOKEN_TO_BE_REPLACED

Giessen, Eichsfeld, Kusel, Berlin – cars bearing old German number plates are the latest trend on the streets of Cairo. Many Egyptians regard the discarded plates as chic. What ... END_OF_DOCUMENT_TOKEN_TO_BE_REPLACED

Egyptian Sufis have been on the defensive against the country's Islamists for decades. Meanwhile, interest in mysticism is growing among the young members of Cairo’s middle and ... END_OF_DOCUMENT_TOKEN_TO_BE_REPLACED

Chinese President Xi Jinping's visit to Saudi Arabia in December 2022 may have rattled Washington, but it simply highlighted the Arabs’ desire to diversify their foreign relations ... END_OF_DOCUMENT_TOKEN_TO_BE_REPLACED

END_OF_DOCUMENT_TOKEN_TO_BE_REPLACED
Social media
and networks
Subscribe to our
newsletter