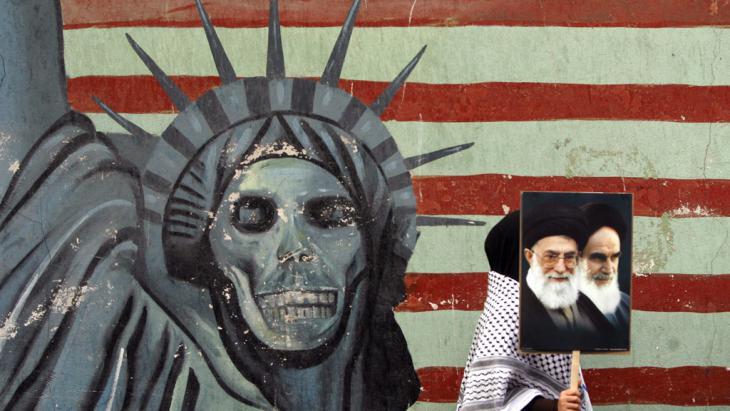 The nuclear deal reached in July by Iran and its international interlocutors marks an obvious turning point in the Islamic Republic's relations with the outside world, particularly with the United States. But why has it taken so much longer for the US to come to terms with Ayatollah Ruhollah Khomeini's revolution in Iran than it did with Mao Zedong's revolution in China, asks Said Amir Arjomand

Of course, one explanation for the prolonged bilateral freeze is the warped discourse of what George W. Bush foolishly called the "global war on terror", in which Iran, along with Iraq and North Korea, was cast as part of an international "axis of evil". As a result, US officials viewed any move towards diplomatic normalisation as unacceptable "appeasement".

But the Bush administration's moralistic foreign policy merely reinforced America's stance since Iran's 1979 Islamic Revolution. And it is in the history and course of that revolution that a fuller and more compelling explanation of recent events is to be found.

Forget the French Revolution as a model: the so-called Thermidorian Reaction, when moderates ended Robespierre's Reign of Terror, was an exception to the pattern of modern revolutions. The typical pattern during our living memory is that the hardliners come after the moderates. In the Soviet Union, for example, it was hardliners after World War II who strove to export Marxist-Leninist revolution, condemning the world to decades of cold war.

The return of the hardliners

So too with Iran. After Khomeini's death in 1989, the pragmatic Ali Akbar Hashemi-Rafsanjani became president, followed by the reform-minded Mohammad Khatami. But the hardliners struck back. When Khatami's reform programme was ineffective, Mahmoud Ahmadinejad, an obscure officer of the Basij militia, was elected mayor of Tehran in 2003 (after just 12% of the city's voters turned out), and then defeated Rafsanjani in 2005 to become president. 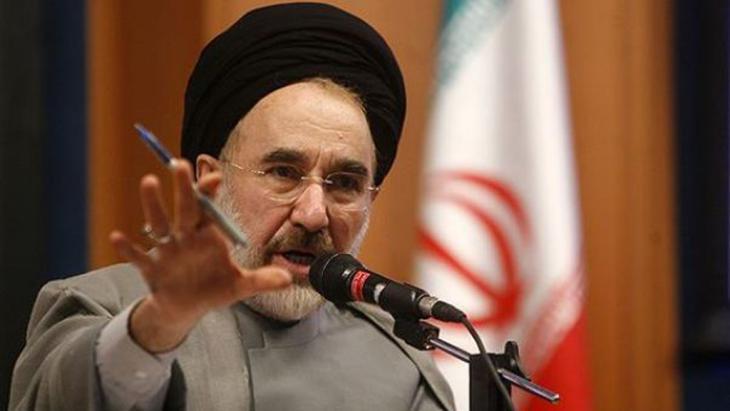 Ahmadinejad, a fanatical devotee of Khomeini, the revolution's first imam, was a reminder of the revolution's populist inception. To promote an aggressive nuclear policy was to vindicate Khomeini's battle against America, "the Great Satan". Only when Iran's voters lost patience with Ahmadinejad's incompetence and elected Hassan Rouhani in 2013 could the Islamic Revolution be said to be over.

Could America have avoided the waste of the Ahmadinejad years? His predecessors had made serious efforts to improve relations with the US. Encouraged by the victory of the US-led coalition in the 1991 Gulf War against Iraq (the Islamic Republic's arch-enemy), in 1995 Rafsanjani sent very clear signals to the US of a willingness to restore diplomatic ties. The Clinton administration ignored Rafsanjani's effort, and the following year, the US Congress unanimously passed the Iran and Libya Sanctions Act.

Admittedly, Bill Clinton and his advisers had plenty of reasons for scepticism. Rafsanjani was at least partly hostage to hard-line opponents keen to sabotage his foreign-policy initiatives with precisely timed acts of terror in France, Germany and Argentina.

But Clinton and his secretary of state, Madeleine Albright, took seriously the proposal by Khatami, Rafsanjani's successor, at the UN General Assembly in 2000 for a "dialogue of civilisations" to open what he called "a crack in the wall of mistrust" between Iran and the US. Sadly, Iran's Supreme Leader, Ayatollah Ali Khamenei, forced his president and foreign minister to avoid the planned handshakes with their American counterparts.

Worse was to follow for those hoping for better US-Iran relations. First, there was Bush's "axis of evil" speech in 2002. Then, in February 2005, just as the hard-line Ahmadinejad was about to begin his first term as president, Bush formally rejected a nuclear deal that had been painstakingly negotiated by Rouhani (then Khamenei's representative in Iran's Supreme National Security Council) and signed in late 2004 by France, Germany and Britain. 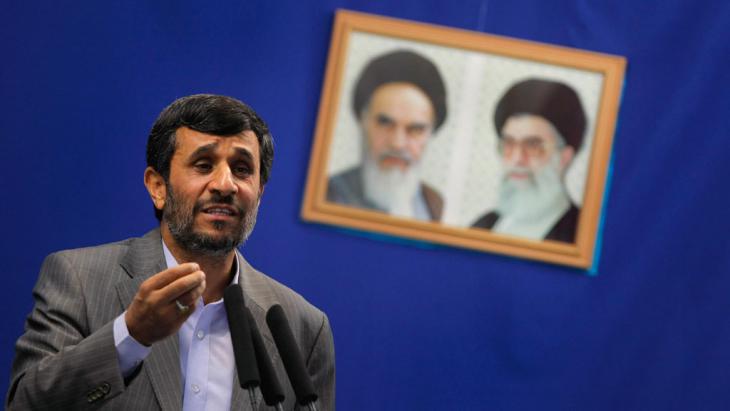 Ice age in US-Iranian relations and standstill in the nuclear negotiations: during the presidency of Mahmoud Ahmadinejad (pictured here), relations between the two nations virtually ground to a halt. No progress was made in negotiations and ever new sanctions were imposed on the Islamic republic

As Iran scanned the strategic horizon, it seemed obvious that the US had invaded Iraq because Saddam did not have any weapons of mass destruction. This made Ahmadinejad's insistence on Iran's nuclear "rights" popular with the Iranian masses and the middle class alike.

Despite popular disenchantment with the Ahmadinejad era, that sentiment still prevails in Iran. But the nuclear accord reached last month is the product of a different political context: President Barack Obama was eager to make a deal with Iran part of his legacy, and this time, Rouhani, as president, was able to negotiate with the full backing of Khamenei, with whom (unlike Khatami) he has worked closely.

But there is a deeper reason for the success of the nuclear negotiations: Khomeini's Islamic revolution of 1979 has finally ended – and Khamenei knows it. He must also know that the export of Islamic revolution from Shia Iran has lost its allure, replaced in the Sunni world first by the global jihad of al-Qaida and now by the so-called "Islamic State" and caliphate of Abu Bakr al-Baghdadi.

For Iran, what counts now is no longer ideology but national interest and realpolitik. That is why it finds itself currently backing the opponents of revolutionary Islam: Bashar al-Assad against the Islamists in Syria and the Houthis against al-Qaida in Yemen. And it is why it finds itself not only signing a nuclear accord with the Great Satan but also tacitly co-operating with it against the Islamic State, their common enemy. Now that the revolution is over, co-operation in other areas is likely to become equally appealing.

Said Amir Arjomand, the founder of the Association for the Study of Persianate Societies, is Professor of Sociology and Director of the Stony Brook Institute for Global Studies at the State University of New York at Stony Brook.

Iranian author Fariba Vafi is adept at describing everyday scenes and concealing within them something ambiguous, in parts strange and grotesque. She writes novels – which have ... END_OF_DOCUMENT_TOKEN_TO_BE_REPLACED

In her latest exhibition in Japan, Farzaneh Khademian depicts figures who seem detached from their surroundings. In interview with Qantara.de, the Iranian photographer and painter ... END_OF_DOCUMENT_TOKEN_TO_BE_REPLACED

The catastrophic human rights situation in Bahrain is being largely ignored by the rest of the world. Despite all the damning evidence, which includes a Human Rights Watch report ... END_OF_DOCUMENT_TOKEN_TO_BE_REPLACED

Talks to salvage the 2015 Iranian nuclear deal have entered their eighth round in Vienna. Even if a deal is struck and some of the sanctions are lifted, the state of the Iranian ... END_OF_DOCUMENT_TOKEN_TO_BE_REPLACED

Every year in December, the team at Qantara.de takes a look back at the articles that proved most popular with our readers. This year is no different. Here is a run-down of the ... END_OF_DOCUMENT_TOKEN_TO_BE_REPLACED

END_OF_DOCUMENT_TOKEN_TO_BE_REPLACED
Social media
and networks
Subscribe to our
newsletter