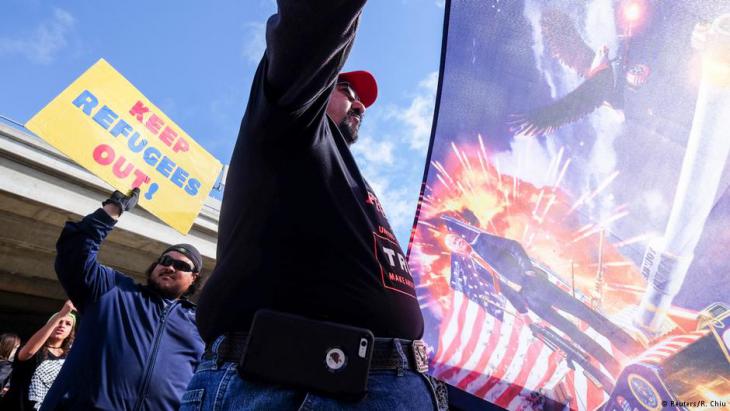 US Middle East foreign policy
West versus the rest

Trump′s policy attempts to apply a tourniquet to the perceived ′Muslim problem′ that has been manufactured and now exacerbated by the West′s wayward dealings in the Middle East. An analysis by Mishana Hosseinioun

The controversial ′Muslim ban′ that has led to the widespread panic and a second spike of outrage since the Women′s March against Trump′s inauguration is a sobering reflection of the sordid state of affairs in the US. It reveals the failures of past administrations – not just the current – in managing the most insidious symptoms of the longstanding, myopic western policy toward the Middle East.

While the new immigration-blocking measure is framed in the media and in global discussions as the de-railing of American policy, it is not the unique by-product of Trump′s isolationist train of thought. Far from signalling a new American agenda, it signals a naked national security strategy that further entrenches the stance of ″the West versus the rest″.

The executive order, which attempts to curb immigration of citizens from seven Muslim-majority countries in the Middle East, taken from Obama′s 2014 list of ″failed states″ in the region no less, is a move to mop up the run-off of damaging western exploits in the region.

Rather than maintain a ′split-brain′ policy of violence toward Muslims abroad and a semblance of tolerance at home to mask overseas indiscretions, Trump′s new policy is actually more in keeping with longstanding US priorities and geo-strategic goals than not; foremost among them being support for the illegal Israeli occupation of Palestine, the curbing of ′terror′ which replaced the threat of communism and quenching its addiction to oil. 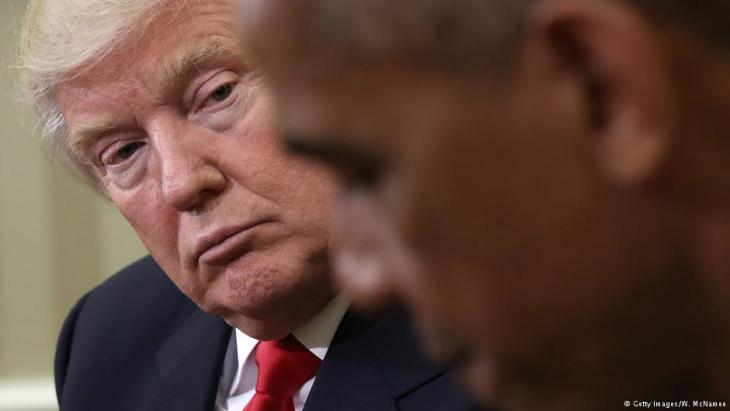 New American agenda or national security policy laid bare? "Trump′s new policy is actually more in keeping with longstanding US priorities and geo-strategic goals than not; foremost among them being support for the illegal Israeli occupation of Palestine, the curbing of ′terror′ which replaced the threat of communism and quenching its addiction to oil," writes Hosseinioun

Institutionalised forms of discrimination at home have also been a standard feature of American policy following 9-11 and must be addressed as such. If such policies are nothing new, then, why are people only just starting to take note and to agitate against it?

For the first time, many feel personally affected: either they or someone they know has been directly hit by the travel ban. Shielded as they were until now from the ethical implications and misguided missions of the 9-11 wars, the collective psyche is unsettled by the reality of American double standards.

It is also due to the way in which this edict was unflinchingly issued without a modicum of political correctness, whereas people had been used to the more subtle and diversionary tactics of a more left-leaning administration. Despite the wake-up call provided by the so-called ′Muslim ban′ and the act of judicial activism, which provided a partial check on Trump′s executive power, there is still a general reluctance to see the bigger-picture problems.

Why aren′t people similarly protesting the targeted killing of Muslims overseas by western forces or indeed the curtailing of civil liberties at home? This reflects a selective blindness induced by systemic obfuscation and hypocrisy. Bad-apple theories, which pin the blame on ′rogue′ actors, such as Trump, absolve the system and its constituent parts of their complicity in this fiasco.

Foreign leaders from the British prime minister to European Union officials who have condemned Trump′s executive order are mainly grandstanding to wipe their own hands of guilt for similar discriminatory practices. The EU in particular is mired in a regional refugee crisis, for which it is increasingly evading responsibility and Brexit is emblematic of this fleeing tendency. Europe has also problematically collapsed its immigration policy under a common counter-terrorism agenda, which only serves to criminalise those seeking refuge from conflicts in which European actors also have a hand. 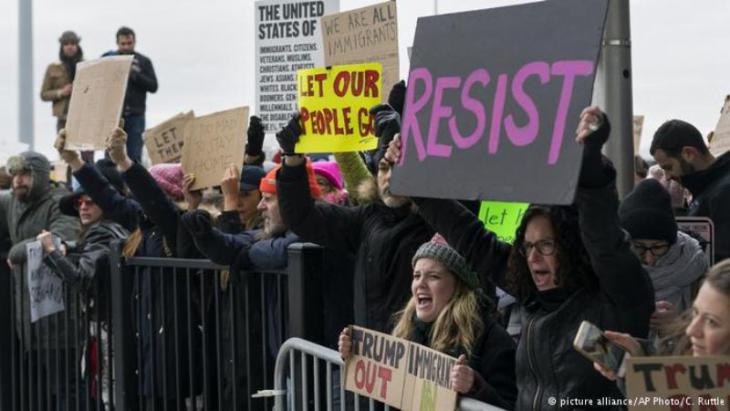 "Why aren′t people similarly protesting the targeted killing of Muslims overseas by western forces or indeed the curtailing of civil liberties at home? Bad-apple theories, which pin the blame on ′rogue′ actors, such as Trump, absolve the system and its constituent parts of their complicity in this fiasco," asserts Hosseinioun

The United States′ next-door neighbour, Canada, took full advantage of the occasion to disingenuously issue a benevolent invitation to all refugees denied entry to America, capitalising on the pre-electoral mantra among Democrats of making a mad-dash for Canada if Trump is elected. This seemingly generous gesture belies an inbuilt national security loophole that ensures that ″single male″ refugees would be excluded from such an invitation, thus rendering the offer hollow.

Oscar-winning Iranian filmmaker Asghar Farhadi′s vow of solidarity to boycott this year′s Oscars even if his travel ban is lifted – however nobly-intentioned – still ensures that the status quo of east-west enmity remains intact. Picking up from the plight of those like Farhadi affected by the ban, the Academy of Motion Pictures has even publicly outed itself ″as supporters of filmmakers – and the human rights of all people – around the globe.″

Such acts of principled defiance may signal a budding transnational ethos of zero-tolerance for discriminatory practices, but for now they remain in the realm of platitudes.

Mishana Hosseinioun is an associate member of the Department of Politics and International Relations and St Antony’s College at Oxford University, where she earned her doctorate in 2014 at University College. She is president of global consultancy MH Group. Her forthcoming book is ″Before the Day Dawneth: The Paradox of Progress in the Middle East″, published by Palgrave Macmillan

Recent efforts to rehabilitate Assad are setting a damaging precedent for accountability, just as the international community is expressing the need to hold Russia to account for ... END_OF_DOCUMENT_TOKEN_TO_BE_REPLACED

Nouara may be 65, but she is ready to join thousands of others who burn their ID and pay traffickers for the chance of a new life in Europe. Zineb Bettayeb reports END_OF_DOCUMENT_TOKEN_TO_BE_REPLACED

Education for girls and women is still possible in Afghanistan, says Reinhard Eroes of the Kinderhilfe Afghanistan initiative. In interview with Elisa Rheinheimer, he talks about ... END_OF_DOCUMENT_TOKEN_TO_BE_REPLACED

Locals in the Middle East have said European critics are showing bias and hypocrisy when they condemn Qatar. Observers agree that Qatar has had to deal with more criticism than ... END_OF_DOCUMENT_TOKEN_TO_BE_REPLACED

In Doha, Arabs from Morocco, Tunisia, Egypt and Algeria are gathering to celebrate the first ever FIFA World Cup to be held on Arab soil. The criticism from Europe? Over the top, ... END_OF_DOCUMENT_TOKEN_TO_BE_REPLACED
Author:
Mishana Hosseinioun
Date:
Mail:
Send via mail

END_OF_DOCUMENT_TOKEN_TO_BE_REPLACED
Social media
and networks
Subscribe to our
newsletter