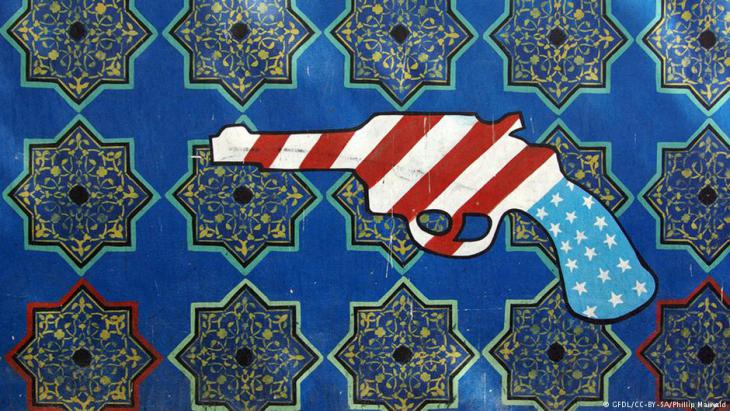 U.S. policy on Iran
Middle East nightmare – made in Washington

According to essayist and media scientist Khaled Hroub, the United States may be talking to North Korea, but it is actively seeking war between Saudi Arabia and Iran

Even under one of the most rhetorically aggressive leaderships that it has ever had, the United States is maintaining a rational approach in its dealings with nuclear power North Korea. Its plans for a meeting between the two heads of state, reflected in the unannounced visit to Pyongyang of Mike Pompeo, former CIA director, now U.S. secretary of state, attests to Washington's intent to scale back confrontation.

Yet at the same time President Trump’s administration is displaying a worrying recklessness in stoking a potential confrontation with Iran, playing on and manipulating Saudi fears.

North Korea's "rocket man", as Trump dubbed Kim Jong-un in his speech at the United Nations in September 2017, is by most measures more dangerous than the Iranian leadership.

Without downplaying the perils of Iran’s ideological drive and expansive regional foreign policy, Tehran’s politics are guided by national interest and rational calculations that are not exclusively led by ideology.

Why then is the U.S. avoiding investing in diplomatic efforts to save the already devastated Middle East from yet another catastrophic war, this time between Saudi Arabia and Israel on the one side and Iran on the other? Instead, Trump is actually paving the way for such a confrontation with his plans to revoke the nuclear agreement that his predecessor Barack Obama managed to conclude with the Iranians. 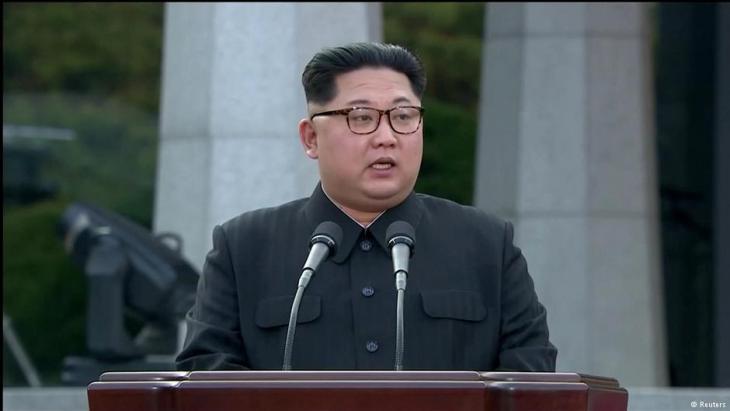 Thaw in relations with Nord Koreaʹs "little rocket man": for months Donald Trump and Kim Jong-un have been engaged in a long-distance slanging match, threatening, insulting and calling each other names. Now the "little rocket man" – Trumpʹs description of the North Korean leader – and the "mentally deranged dotard" – Kim on the U.S. president – have agreed to meet around the negotiating table. The historic encounter, when it takes place, will mark a spectacular turn of events in the conflict surrounding Pyongyangʹs nuclear programme

The question is, why? Reasons include the United States' interest in maintaining lucrative arms deals with the Gulf states – primarily Saudi Arabia – and the fact that many U.S. politicians support bombing Iran (as demanded by the right-wing Israeli leadership).

With regards to the first, Trump has never hidden his intentions to milk the Saudis to the max. In his televised meeting with the Saudi crown prince Mohamed bin Salman (MbS), Trump voiced the hope that in 2018-19 alone the value of arms deals with the Saudis would exceed $700 billion. Continuing to inflame Saudi fears towards Iran is the best guarantee of any current and future deals. Investing in diplomacy to offset such fears would be far less profitable.

With regards to the second reason, Saudi Arabia is already implicated in a futile war in Yemen that after more than two years seems far from being resolved. Ironically, that war was named by the Saudis "the battle of decisiveness" and was planned to last only the few weeks it would take to finish off the Iranian-supported Houthi rebels.

Iranians do not want an Islam that interferes. They are fed up with a system that manipulates people with simple promises of salvation and anti-Western propaganda. Islamic ... END_OF_DOCUMENT_TOKEN_TO_BE_REPLACED

"The Voice of Dust and Ash" draws us into the life and times of Iranian maestro Mohammad Reza Shajarian with passion and joy, focusing on the man who stood, and still stands, for ... END_OF_DOCUMENT_TOKEN_TO_BE_REPLACED

The Kurds are under attack from two sides: from Turkey, and from Iran. The situation in their territories in northern Iraq is becoming increasingly desperate. Birgit Svensson ... END_OF_DOCUMENT_TOKEN_TO_BE_REPLACED

November 2022 sees the Arab world firmly in the spotlight with the COP27 in Egypt and the FIFA World Cup in Qatar. Public trust in MENA governments is weak, thanks to their ... END_OF_DOCUMENT_TOKEN_TO_BE_REPLACED

In Iran, two famous actresses, Hengameh Ghaziani and Katayoun Riahi, were arrested recently. These days anyone who shows solidarity with the protesters is a target to be silenced ... END_OF_DOCUMENT_TOKEN_TO_BE_REPLACED

With the current leadership of Iran quick to lay the blame for the Iran protests on Israel, the chances of harmonious relations between the two countries still seems remote. Yet, ... END_OF_DOCUMENT_TOKEN_TO_BE_REPLACED
Author:
Khaled Hroub
Date:
Mail:
Send via mail

END_OF_DOCUMENT_TOKEN_TO_BE_REPLACED
Social media
and networks
Subscribe to our
newsletter