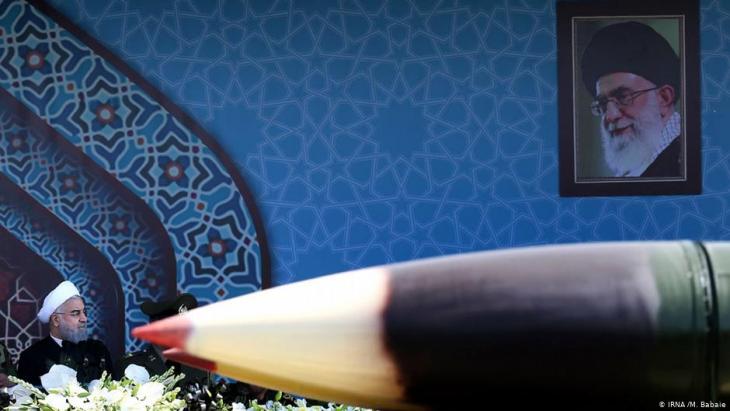 The Iranian regime has worked hard to strengthen its national security within a supportive regional framework and would be no pushover in a conflict with the United States. On the contrary, Iranʹs response to any major military assault could result in an uncontrollable regional inferno. By Amin Saikal

Former U.S. Ambassador to the United Nations Samantha Power once called genocidal wars "a problem from hell". As U.S. President Donald Trumpʹs administration ratchets up tensions with Iran, the world must now reckon with the prospect of a "confrontation from hell" between the two countries.

For now, both the United States and Iran say they do not want a war. Yet, step by inexorable step, they are moving onto a collision course. The U.S. has significantly stepped up its military deployment in Iranʹs neighbourhood, dispatching the U.S.S. Abraham Lincoln aircraft carrier strike group and a bomber task force to the Middle East to warn the Iranian regime against taking any threatening actions.

Iranʹs leaders, meanwhile, have decried the move as psychological warfare and regard it as a provocation aimed at drawing their country into military conflict.

Since he took office, Trump has been relentless in his depiction of Iran as the source of all evil – including international terrorism – in the region and beyond. He has reversed his predecessor Barack Obamaʹs policy of engagement and is exerting maximum pressure on the Iranian regime with three objectives in mind.

First and foremost, the Trump administration wants to bring about regime change, or at least a change in the regimeʹs behaviour. It is also seeking to degrade Iranʹs economy so that the country can no longer be an influential regional player. Secondly, it wants to shore up Israelʹs position as Americaʹs most loyal and powerful ally in the Middle East; and thirdly, it is aiming to forge close strategic ties between the Jewish state and Arab countries opposed to Iran, including the Gulf states – led by Saudi Arabia – and Egypt. 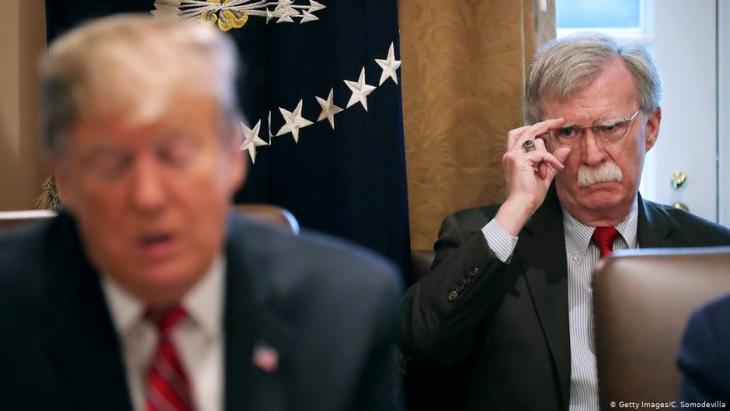 The hawks behind the Trump administration: according to U.S. media, Trump's national security advisor John Bolton in particular is pushing for a rigorous course against Iran. About a week ago he described the relocation of the aircraft carrier USS Abraham Lincoln and a bomber squadron to the Middle East as a "clear and unequivocal message" to Tehran. Bolton named the reason for the transfer as "a series of disturbing and escalating clues and warnings" to Tehran

To achieve these objectives, Trump has withdrawn the U.S. from the 2015 Iran nuclear deal, officially known as the Joint Comprehensive Plan of Action (JCPOA). His administration has imposed harsh sanctions on Iran affecting every sector of its economy, leading some foreign companies to stop doing business with the country.

And in an unprecedented move last month, Trump designated the key branch of Iranʹs military forces, the Islamic Revolutionary Guard Corps, as a terrorist organisation. Trumpʹs hawkish national security adviser, John Bolton, backed by Secretary of State Mike Pompeo, recently said that: "The United States is not seeking war with the Iranian regime, but we are fully prepared to respond to any attack, whether by proxy, the Islamic Revolutionary Guard Corps, or regular Iranian forces."

This takes the U.S. and Iran a step closer to a military confrontation that could be triggered either intentionally or by miscalculation.

In the event of a war, Iran would not have the military capacity to stand up to American firepower. The U.S. could quickly take out Iranian military installations, nuclear sites and major infrastructure facilities. In addition, it could prevent Iran from blocking the Strait of Hormuz, through which some 30% of the worldʹs oil is shipped.

Yet Iran is capable of making any U.S. military assault – with or without Israeli and Saudi Arabian support – very costly for America and the region. The Iranian regime may be able to sink a few ships at the Strait of Hormuzʹs narrowest point – where the shipping lanes in either direction are only 3.2 kilometres wide – in an effort to choke it off. More important, Iran has nurtured an asymmetric-warfare strategy based on both hard and soft power. 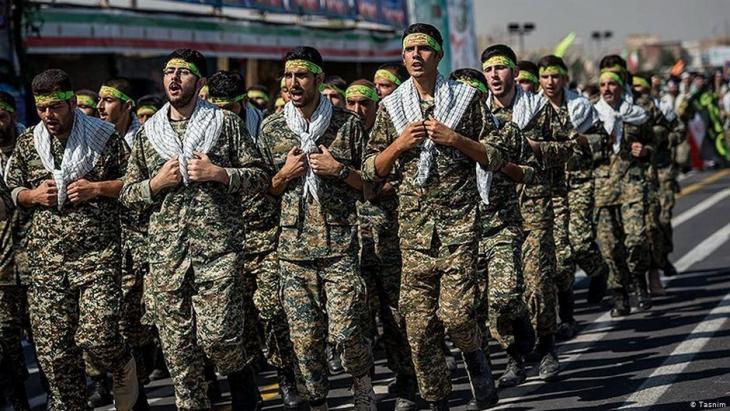 Although Iran lacks a modern frontline air force, for example, it has made significant progress in developing and producing short-, medium- and long-range missiles, which have the capacity to hit targets as far away as Israel. Furthermore, the regime could target landmarks such as the Burj Khalifa in Dubai – the worldʹs tallest building ‒ in order to trigger a financial meltdown across the region.

Even if the accuracy of Iranian missiles cannot be guaranteed, many of them could still evade defensive systems. Israelʹs state-of-the-art Iron Dome anti-missile defences, for example, have been unable even to neutralise all the primitive missiles launched from Gaza.

Moreover, the Iranian regime has forged a network of proxy forces across the region. Syria and Iraq have become crucial links in an Iran-led Shia strategic arc stretching from Afghanistan to Lebanon. The regimeʹs proxy forces include segments of Afghanistanʹs Shia population, Iraqi Shia militias and Hezbollah, which controls southern Lebanon and has thousands of rockets ready to target Israel. Indeed, Hezbollah emerged from its 2006 war with Israel stronger than before.

In addition, Iran can mobilise thousands of extremely dedicated suicide bombers to sacrifice themselves for the cause of Shia Islam and nationalism that the regime has successfully promoted. These bombers are embedded within the Iranian security forces and across the region.

The Iranian regime has worked hard to strengthen its national security within a supportive regional framework. In a conflict with the U.S., therefore, Iran would not be a pushover. On the contrary, any major military assault could result in an uncontrollable regional inferno. Both sides have good reason not to start a war.

Amin Saikal is Professor of Political Science and Director of the Centre for Arab and Islamic Studies (the Middle East and Central Asia) at the Australian National University.

In the face of COVID-19, we need to admit the political mistakes of recent years and adjust our trajectory according to the compass of reality. People around the world – ... END_OF_DOCUMENT_TOKEN_TO_BE_REPLACED

As COVID-19 sweeps across the globe, it is forcing religions to adapt and take action to prevent infection. But experts warn against using the crisis to fuel conspiracy theories. ... END_OF_DOCUMENT_TOKEN_TO_BE_REPLACED

Why are predominantly Muslim countries lagging behind when it comes to democracy and human rights? Dutch sociologist Ruud Koopmans uses a lot of figures to underpin his theory ... END_OF_DOCUMENT_TOKEN_TO_BE_REPLACED

The 2015 Joint Comprehensive Plan of Action with Iran is in jeopardy. European governments should use the JCPOA’s dispute-resolution mechanism both to pursue immediate measures to ... END_OF_DOCUMENT_TOKEN_TO_BE_REPLACED

Many predominantly Muslim countries have penal laws against "blasphemy", "defamation of religion" and "apostasy". In practice they serve as highly effective weapons to settle ... END_OF_DOCUMENT_TOKEN_TO_BE_REPLACED

In recent years, Tehran had pushed a clever public-relations campaign to depict Soleimani as a Napoleon- or Caesar-like warrior-poet. He was even mooted as a likely presidential ... END_OF_DOCUMENT_TOKEN_TO_BE_REPLACED
Author:
Amin Saikal
Date:
Mail:
Send via mail

END_OF_DOCUMENT_TOKEN_TO_BE_REPLACED
Social media
and networks
Subscribe to our
newsletter