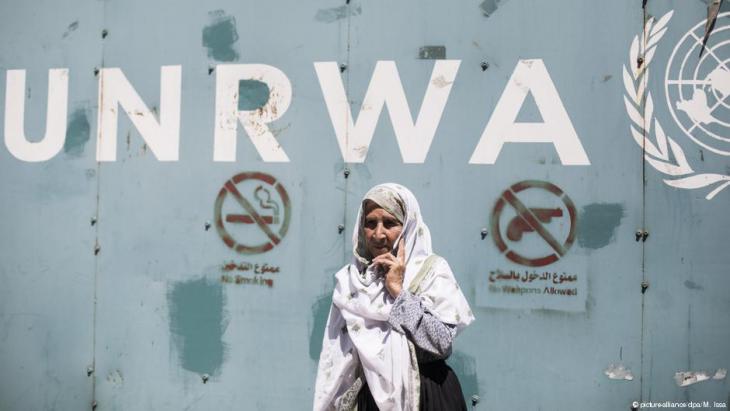 At the beginning of September the USA announced it would pull its entire aid to the Palestinian refugees owing to UNRWAʹs inefficiency. But Washington's attack on the UNRWA serves a much broader plan, says Peter Philipp in his commentary

What an "ingenious" approach: re-define a problem that one cannot or does not want to solve and watch it go away! Thatʹs exactly what the Trump administration is trying to achieve in the case of the Israeli-Palestinian problem: all Donald Trumpʹs predecessors have had a go at tackling this issue at the heart of the Middle East conflict. With varying degrees of aptitude, all of them without exception unsuccessful. And now this: the White House is simply trying to define the Palestinian problem away. According to this logic, where there isn't a problem, there's also no justification for conflict.

To date, the "problem" has been the Palestinian refugees. Particularly the nigh-on five million people living in the Middle East as recognised refugees: in the Gaza Strip and the West Bank, but also in Jordan itself, Syria and Lebanon. A significant number of these still live in refugee camps – some of them since the foundation of Israel in 1948, some since the Six-Day War of 1967 and some since other events forced them to flee their homes.

Is a UN organisation keeping the Middle East conflict alive?

The UNRWA (United Nations Relief and Works Agency) has been looking after these people since December 1949. The UN's oldest aid agency is primarily funded through voluntary payments by member states and donations. But its days could now be numbered. This is because Washington, the largest funder to date, contributing more than a quarter of the organisation's annual budget of around 1.2 billion U.S. dollars, is now slamming its foot on the brakes under Donald Trump. Following massive cuts last January, the U.S. now says it wants to stop payments altogether.

The argument: the UNRWA is keeping the refugee problem artificially alive, wasting aid money and thereby hindering a solution to the overall conflict. The actual motive remains unspoken: namely that if the UNRWA is initially brought to its knees and the number of recognised refugees is drastically reduced, significantly fewer Palestinians will be able to claim the right to return to their old homeland than have been up to now. Giving Israel free rein to continue its settlement programme there. 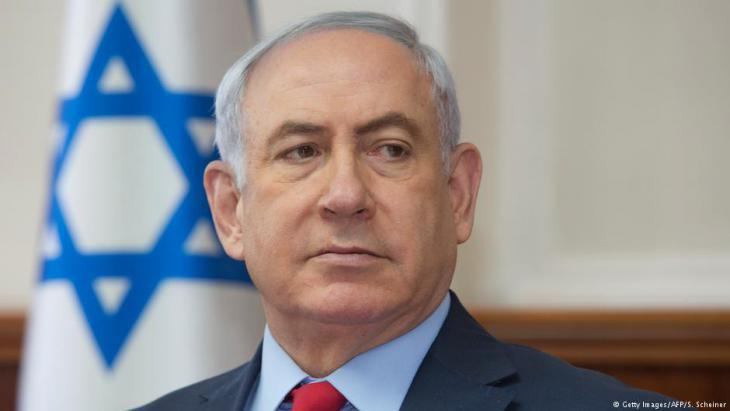 Israel's Prime Minister relieved over suspension of payments to the Palestinian aid agency: Benjamin Netanyahu praised the USA for its decision to suspend payments to UNRWA. "This decision is important and we welcome it," Netanyahu said. The USA would "finally start to solve the problem." The money must be used to "truly integrate the refugees into society"

Trump's son-in-law Jared Kushner, a key White House advisor, used the example of Jordan to illustrate this months ago: if Amman denies refugee status to Palestinian refugees living in Jordan, instead granting them Jordanian citizenship, then a key element of the problem would be solved. The royal household did not follow his advice, because this would have unforeseen consequences for Jordan itself, as the number of people with Palestinian roots could then represent the majority of the population. Their share is somewhere between 40 and 60 percent – no one knows for sure.

Final burial of the two-state solution

But should current circumstances remain as they are, this will pose a long-term challenge to Israel. This is because the number of refugees in neighbouring countries plus the Palestinians who live in Israel and the autonomous territories will soon exceed the number of Jews in Israel. This is why Washington is going directly for UNRWA: without any cash no aid for refugees, without any aid for refugees no formally recognised "refugees" – and without this status no right to return for the displaced and their descendants.

But above all: this would also be the final burial of the two-state solution. Since the UN partition plan for Palestine in 1947, this solution has been regarded as the only way to facilitate a peaceful parallel existence – if not coexistence – between Israelis and Palestinians, in what used to be Palestine.

Israeli Prime Minister Benjamin Netanyahu has for a long time made no secret of the fact that he rejects the two-state solution. Donald Trump's presence in the White House has strengthened his hand: he plans to scotch the imminent demographic shifts with the new nationality law in Israel; by moving its embassy to Jerusalem and on the question of the nuclear deal with Iran, Washington has already unreservedly positioned itself behind Netanyahu.

And now, the aim is to settle the refugee problem with financial pressure and dubious arguments. If only it were that simple: on the contrary, taking such steps will only exacerbate the problem.

Peter Philipp worked in Jerusalem as a Middle East correspondent for 23 years.

With reported hostilities against Israeli journalists and the flag of the Palestinian territories flying on the streets and in the stadiums, it is clear the World Cup in Qatar is ... END_OF_DOCUMENT_TOKEN_TO_BE_REPLACED

When is it and when is it not acceptable to display a political banner at the World Cup in Qatar? The answer seems to depend largely on the political message, with fans ... END_OF_DOCUMENT_TOKEN_TO_BE_REPLACED

A leading light of Israeli theatre, Ofir Henig has directed the Israel Festival and is the only female director to have been awarded the Israel Theatre Prize. These days, however ... END_OF_DOCUMENT_TOKEN_TO_BE_REPLACED

With the current leadership of Iran quick to lay the blame for the Iran protests on Israel, the chances of harmonious relations between the two countries still seems remote. Yet, ... END_OF_DOCUMENT_TOKEN_TO_BE_REPLACED

Daniel Barenboim is not only a world-famous pianist and conductor. He has also worked tirelessly to foster understanding and reconciliation between Palestinians and Israelis. By ... END_OF_DOCUMENT_TOKEN_TO_BE_REPLACED

After a two-year hiatus, the Arab League re-convened at the beginning of November in Algiers against a backdrop of uncertainty and discord. By Pierre Boussel END_OF_DOCUMENT_TOKEN_TO_BE_REPLACED
Author:
Peter Philipp
Date:
Mail:
Send via mail

END_OF_DOCUMENT_TOKEN_TO_BE_REPLACED
Social media
and networks
Subscribe to our
newsletter