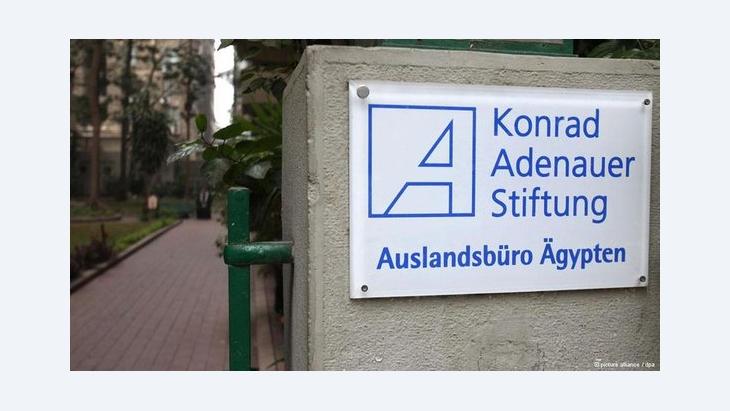 Verdict against NGO Representatives in Egypt

﻿In Egypt, employees of a number of foreign NGOs have been sentenced to jail terms in absentia, among them representatives of the German Konrad Adenauer Foundation. The shameful process throws a spotlight on decades of state control and the legal insecurity of NGOs operating in the Nile region. A commentary by Karim El-Gawhary

The Egyptian court's verdict is a harsh one. It sentences 43 employees of NGOs to jail terms of between one and five years. They are accused of the illegal transfer of funds as well as working without a licence. Those sentenced include two members of staff at the Germann Konrad Adenauer Foundation and several US foundations, all of which must now close their offices in Cairo.

The verdict's underlying message is clear: If we can do this with the Americans and the Germans, then we can do the same with all Egyptian NGOs. No Egyptian human rights organization or women's group is operating on secure terrain in Egypt.

In this respect, the Konrad Adenauer Foundation – just like the US foundations also in the dock – essentially served as a sparring partner for the Egyptian authorities to discourage Egyptian NGOs and activists. 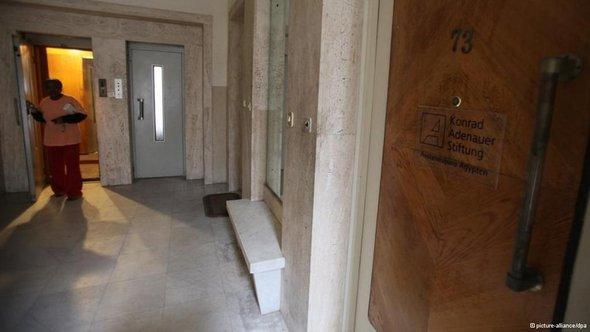 Taking the 'non' out of NGO: In Egypt, laws dating from the Mubarak era imposing huge restrictions on the work of NGOs and monitoring their activities are still in force. Attempts to reform current legislation have already failed twice

​​﻿Andreas Jacobs, head of the Adenauer Foundation in Cairo, sentenced to five years in prison, goes to ground with the verdict. At least in the conferred sense, after all Jacobs, is not even in the ring. He and one other German staff member were sentenced in absentia.

Warning shot for all NGOs

But there is something curious about this case. The foreign employees of the organizations in the dock were released on bail ahead of the verdict, and a travel ban was then lifted. The aim was to uphold the threatening message without really hurting the NGO staff.

Only one American, Robert Becker, who worked for the "National Democratic Institute" (NDI), refused to leave the country – out of solidarity with his Egyptian colleagues. He was fired by Obama's Democrats for this decision. So much for providing foreign foundations with a backbone.

Becker has now been sentenced to two years in prison and can be viewed as the real hero of this shameful process.

Incidentally, there has been a method to the whole affair for some time already. During the Mubarak era it was official policy to maintain the status of NGOs in a legal grey area, so that the thumbscrews could then be applied whenever activities became uncomfortable. Even when organizations wanted to register they were often held in a long bureaucratic queue.

There is a method to this, to this very day. The fact that Egypt's parliament is now debating a new, restrictive NGO law also bodes ill for the future. Even in the new Egypt, the state plans to retain full control and preferably take the 'non' out of NGO.

Home
Print
Newsletter
More on this topic
Controversial NGO Law in Egypt: Attack on the Heart of Civil SocietyTrial against NGOs in Egypt: A Bizarre and Legally Controversial CaseInterview with Andreas Jacobs: Egypt in the Grip of the Generals
Related Topics
Arab Spring, Arabellion, Democracy and civil society
All Topics

Arab women played a leading role in the protest movement of 2011. Since then, ongoing social transformation has had a considerable impact on their lives. What is their assessment ... END_OF_DOCUMENT_TOKEN_TO_BE_REPLACED

They’ve already got the Louvre; they’ll soon have a Guggenheim Museum as well – and now the Emirates have added literature to their quest for cultural supremacy in the Arab world ... END_OF_DOCUMENT_TOKEN_TO_BE_REPLACED

Years in the making, Sisi's elite New Administrative Capital will isolate most Egyptians from their centres of government in an effort to fortify the regime against any social ... END_OF_DOCUMENT_TOKEN_TO_BE_REPLACED

Professor Timothy Brennan's "Places of Mind: A Life of Edward Said" is a detailed biography of one of the most important intellectuals of the twentieth century, taking us on a ... END_OF_DOCUMENT_TOKEN_TO_BE_REPLACED

China has long portrayed itself as a strong supporter of the Palestinian cause. It has also claimed that in sharp contrast to the stance of the USA, its position is based on ... END_OF_DOCUMENT_TOKEN_TO_BE_REPLACED

Recep Tayyip Erdogan, disappointed by the European Union’s reluctance to integrate Turkey into its ranks, has re-directed his country’s diplomacy toward the Maghreb and Africa to ... END_OF_DOCUMENT_TOKEN_TO_BE_REPLACED
Author:
Karim El-Gawhary
Date:
Mail:
Send via mail

END_OF_DOCUMENT_TOKEN_TO_BE_REPLACED
Social media
and networks
Subscribe to our
newsletter