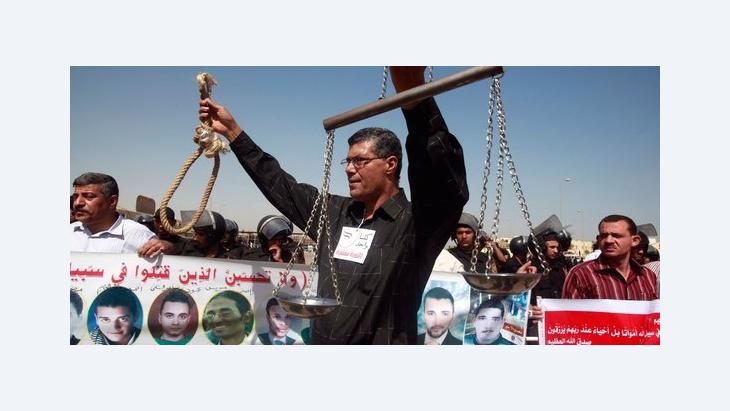 Verdict in the Mubarak Trial

The Ancien Regime Absolves Itself of Guilt

A court in Cairo has sentenced Egypt's ousted president, Hosni Mubarak, to life imprisonment. This means that the 84-year-old is the first Arab ruler to be held to account for orders given during the Arab Spring. But the verdict leaves more questions unanswered than answered. Matthias Sailer takes a closer look at the verdict and what it means for Egypt

On 2 June, after a ten-month trial, Hosni Mubarak and his notorious interior minister Habib Al-Adly were each sentenced to 25 years in prison. Their ﻿co-defendants in the case, the security chiefs and Mubarak's sons, were acquitted. But the sentence passed on Mubarak is not watertight and could end up being overturned if the ruling is appealed.

Moreover, it is difficult to put to rest the suspicions that this is a political judgement. Shortly after the verdict was announced, members of the Muslim Brotherhood and non-Islamist opposition groups called for demonstrations.

The rejoicing over the sentencing of Egypt's ex-dictator and his interior minister did not last long. After only a few hours, the many flaws in the judgement, the trial and the Egyptian justice system as a whole became only too obvious. Can the Egyptian judiciary and the criminal prosecution authorities really be trusted?

Many doubts persist; after all, the chief public prosecutor was appointed by the defendant himself (Mubarak) while he was still in office, as were most of the judges presiding over the highest Egyptian courts. Moreover, until Saturday, Mubarak was not even being held in a real prison but instead spent most of his time in luxurious military hospitals.

The extent to which Egyptian courts are under political influence was also demonstrated by the dubious verdict against employees of Western NGOs, who were suddenly allowed to leave the country in a cloak-and-dagger operation while the trial was still going on after the judges in charge had stepped down.

Another good example is the Supreme Presidential Electoral Commission deployed by the Military Council: it is made up of judges whose appointments date back to Mubarak's time in power, and the reasons for its decision to disqualify ten candidates from taking part in the elections remain shrouded in mystery. Mubarak's last prime minister, Ahmed Shafiq, was, however, allowed to run despite the fact that the Egyptian Parliament passed a law excluding former high Mubarak functionaries from the elections. 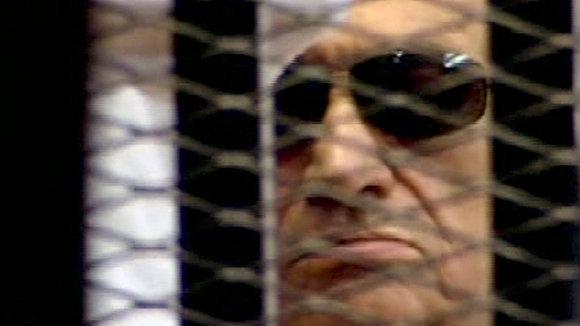 Pharaoh behind bars: "The rejoicing over the sentencing of Egypt's ex-dictator and his interior minister did not last long. After only a few hours, the many flaws in the judgement, the trial and the Egyptian justice system as a whole became only too obvious," writes Matthias Sailer

​​As if this were not enough, it came to light during the trial that intelligence officers had destroyed key video recordings that could have helped clarify the killing of over 800 demonstrators at the beginning of last year.

The public prosecutor also repeatedly complained that the security forces working for the Interior Ministry, which is still dominated by Mubarak loyalists, refused to cooperate with the court, which meant that a great deal of evidence could not be presented. Moreover, testimony given to the public prosecutor's office that would have incriminated the regime was suddenly revoked by witnesses, who had presumably been intimidated.

It must also be said that the charges themselves were flawed. The trial only dealt with the responsibility for killings between 25 and 31 January 2011; the systematic brutality, violence, torture and tyranny of the security forces against the populace before and after those dates was not even at issue.

Influencing proceedings to the benefit of Mubarak

In other words, the earnest will of the authorities to call the offenders to account was missing from the start. The old regime never really disappeared. On the contrary, it massively swayed the course of the trial in favour of the defendants.

The resulting sentence, which has in the meantime been contested by both the public prosecutor and the council for the defence, reflects all these faults. The well-known human rights lawyer Amir Salem told the Egyptian newspaper Al-Ahram: "The legal grounds for this verdict basically guarantee Mubarak and Al-Adly an acquittal when they appeal."

Another decisive factor is that Mubarak and Al-Adly were not found guilty of the murder of the demonstrators, but only of not putting an end to the violence. For lack of sufficient evidence of orders having been given to use firearms, the public prosecutor argued that on the basis of their positions, both men must have at least known of the events.

This makes it seem utterly illogical that the six men on the receiving end of their orders have been acquitted. If Mubarak and Al-Adly knew what was going on, how could the generals executing their commands, who would have been much closer to the events, not have known?

But there are even graver problems: after this verdict, it is still unclear who was behind the bloody attacks on the demonstrators in January 2011. No unbiased and intact judiciary working according to the rule of law could be so incapable of naming even a single guilty party. 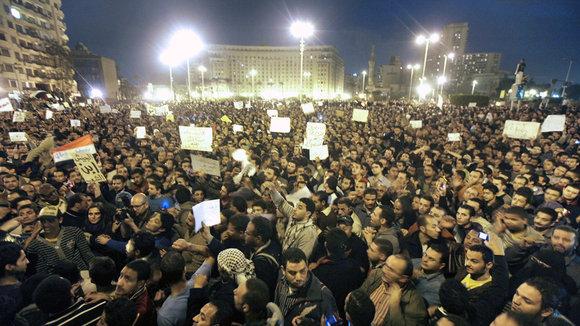 For a "new revolution on behalf of the martyrs": after the verdict was announced on Saturday evening, about 20,000 people gathered on Tahrir Square to demonstrate against the acquittal of six high-ranking members of the security forces

​​Even at the lowest-level courts, only five regular policemen have so far been sentenced in other trials for the violence perpetrated during that period. The prison sentences they received were minimal. The message sent to the security forces is therefore a fatal one: "even if you kill and torture, you will get away with it."

Sending out an unmistakeable message

The impact of the verdict is immense. The Military Council's intention in handing down such a verdict was presumably to adopt a middle course that would, on the one hand, present some extremely high-profile figures as offenders in order to give the impression that the regime and the judiciary are standing up for justice. The reports broadcast on state television thus far confirm this stratagem: protests against the sentence initiated on Saturday evening were presented as celebrations.

On the other hand, by acquitting the police generals, the Military Council was able to ensure that the security forces' scope for action remains as broad as ever, and that no policeman on the street need fear being called to task for exercising too much violence. So the regime remains intact.

Ahmed Schafik has already tried to use the verdict to his advantage, saying: "We must not comment on legal sentences. This verdict shows that no one is above the law." Whether the verdict will turn out to be to his benefit or detriment, and whether this strategy of adopting a middle course will be a successful one from the point of view of the Military Council remains to be seen in the days to come.

After the verdict, members of the Muslim Brotherhood and non-Islamist opposition groups joined forces to occupy Tahrir Square. Many of the candidates disqualified from running for president came to the square and let themselves be borne upon the shoulders of the crowds. Among them were the left-wing revolutionaries Hamdien Sabahi and Khalid Ali, the moderate Islamic Abdel Moneim Aboul Fotouh and also the Muslim Brotherhood candidate, Mohammed Morsi.

This mix of politicians fighting from inside the institutions and demonstrators on the street is new, and it at least gives reason to hope that the deeply divided Egyptian opposition might yet come together and emerge triumphant from the presidential elections to replace the ruling military regime.

While Bashar al-Assad is still shunned by the West, which blames him for a decade of brutal war in Syria, a shift is under way in the Middle East, where Arab allies of the United ... END_OF_DOCUMENT_TOKEN_TO_BE_REPLACED

Unauthorised immigration to Europe went down at the peak of the pandemic. As EU countries re-open, migrant flows are back up. What does it mean for the EU – and for migrants? By ... END_OF_DOCUMENT_TOKEN_TO_BE_REPLACED

Newly discovered aerial photographs taken by the German Luftwaffe show what a keen interest the Germans took in British-controlled Palestine during the Second World War. Not only ... END_OF_DOCUMENT_TOKEN_TO_BE_REPLACED

Religions are often a source of conflict. But the worldwide Religions for Peace movement seeks to change that by galvanising interreligious dialogue. Delegates from 90 countries ... END_OF_DOCUMENT_TOKEN_TO_BE_REPLACED

Berlin's annual Human Rights Film Festival closed at the weekend. One entry to the festival was the documentary "Captains of Zaatari". Its Egyptian director Ali El Arabi focuses ... END_OF_DOCUMENT_TOKEN_TO_BE_REPLACED

Two refugees detained in Egypt are facing deportation to Eritrea. The expulsion of the Eritreans, who have been incarcerated in Cairo for more than eight years, has been halted ... END_OF_DOCUMENT_TOKEN_TO_BE_REPLACED
Author:
Matthias Sailer
Date:
Mail:
Send via mail

END_OF_DOCUMENT_TOKEN_TO_BE_REPLACED
Social media
and networks
Subscribe to our
newsletter