The exhibition's photographs alone show everything from traditional Christian veils to elaborate haute couture head coverings to abstracted head wraps. And while one drawing shows a wide-eyed young woman in a prize-winning stylish summer outfit complete with knotted headscarf, another sketch from Tehran depicts a fully-veiled woman, her face hidden, turning out a slim ankle in high heels. Overlaps and contrasts abound across the exhibition's items.

One object, a plurality of meanings

Today, the headscarf is often at the centre of polemical debates in the Western world that focus on the various head coverings worn by some Muslim women. Yet the practice of covering one's head has been an integral part of all Abrahamic religions – Judaism, Christianity and Islam – and its roots go back even thousands more years to ancient Mesopotamian civilisations. 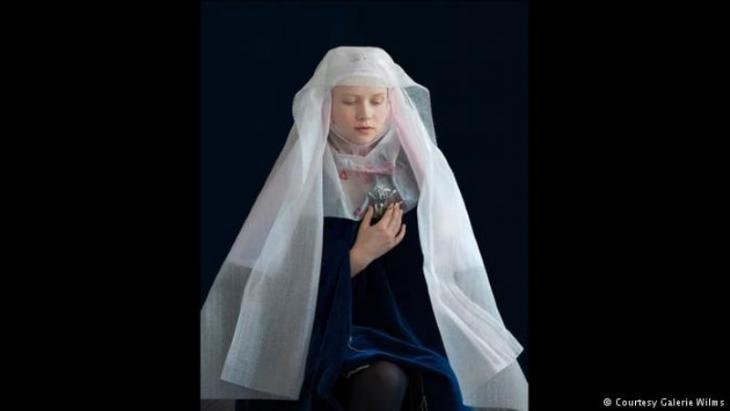 Covering up in Christianity: beginning with portrayals of the Virgin Mary down the centuries, veils have traditionally been regarded as a sign of virginity and modesty, still encountered in the ritualised veiling of contemporary brides on their wedding day. The Bible appeals to women to cover up their hair when praying, which explains the former custom of wearing hats to church – also something that generally only manifests itself at weddings these days

The exhibition doesn't present the headscarf as a clothing object that is always one of choice and it doesn't shy away from contemporary controversies over head coverings in Islam, acknowledging in its description that "some Muslim girls and young women are forced to veil themselves" in public.

The show also acknowledges the fact that in general, a headscarf "far too often … still represents a man's word on a woman's body." Yet curator Steinmann highlighted that a headscarf cannot only be seen as a religious expression of female subordination to men.

By placing these perspectives side-by-side with those where the headscarf is a sign of Christian piousness or female emancipation or even high style, "Veiled and Unveiled" shows how head coverings are anything but the exclusive domain of one religion or culture or worldview.

The Ethnological Museum's show includes exhibits from North Africa, Southwest and Central Asia, Guatemala and Indonesia, though Steinmann points out that even this geographic range can't comprehensively capture the headscarf as a topic.

The exhibition also highlights headscarves worn by men. "For me, it was important to show that head coverings for men (turbans, yarmulkes, etc.) were also determined by historic and cultural-religious aspects in combination with rules of dress."

Yarmulke, mitre or veil: religious head coverings around the globe

Followers of various religions wear special head coverings to express their faith and show humility and dignity. Yarmulkes, mitres, veils and turbans are made of a great variety of materials. By Klaus Kramer 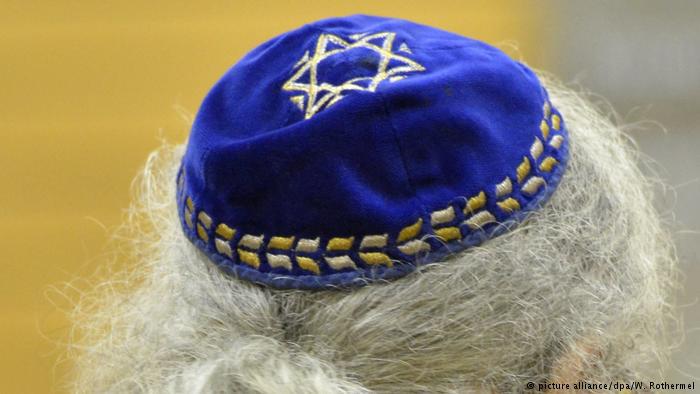 Yarmulke: European Jews started wearing the yarmulke, or kippah, in the 17th and 18th centuries, turning the skull cap into a religious symbol. Pious Jews are expected to cover their heads, but the fabric isn't that important and a hat or scarf is acceptable, too. Jewish Halacha law requires men and boys to cover their head when they pray, visit a synagogue or a Jewish cemetery or study the religion 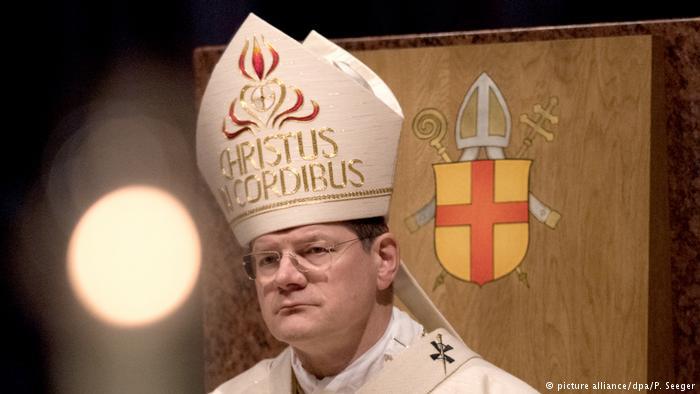 Mitre: the mitre is the ceremonial headdress worn by bishops, mainly in the Roman-Catholic Church. It goes back to the 11th century, with the tall, peaked hat deeply cleft on the sides and adorned with two ribbons at the back symbolising the Old and the New Testaments 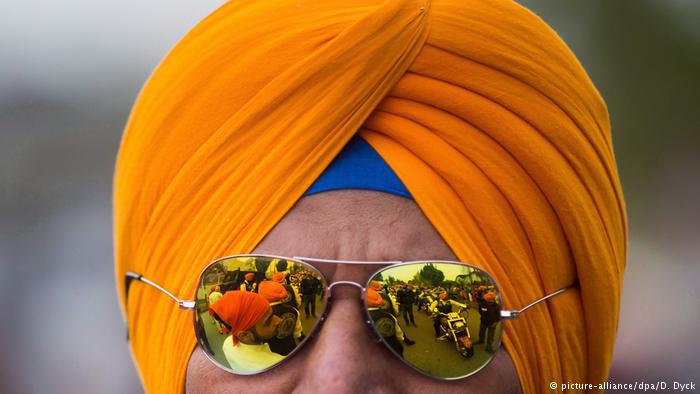 Dastar: members of the Sikh faith, a monotheistic religion founded in India's northern Punjab region in the 15th century, wear a dastar. A dastar is usually worn by men, with orange being a popular colour. Underneath the cloth headwear, which is re-knotted every morning, Sikh men let their hair grow freely 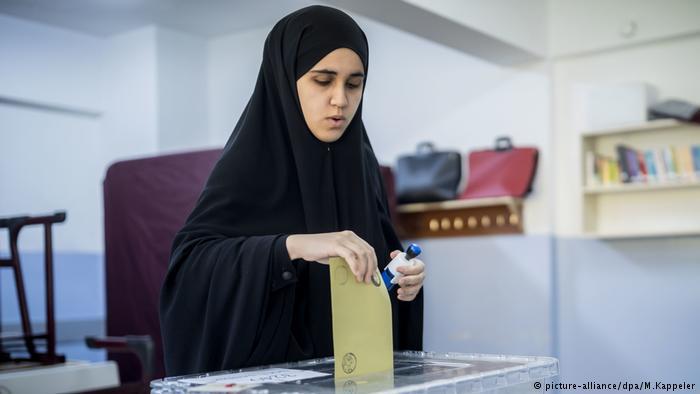 Chador: in Farsi, the word chador means "tent" and that is what this garment worn by observant Muslim women in some parts of the Middle East resembles. Usually black, it covers a woman from the head down, hiding the shape of the body, revealing only the face. The chador is worn over a woman's regular clothing 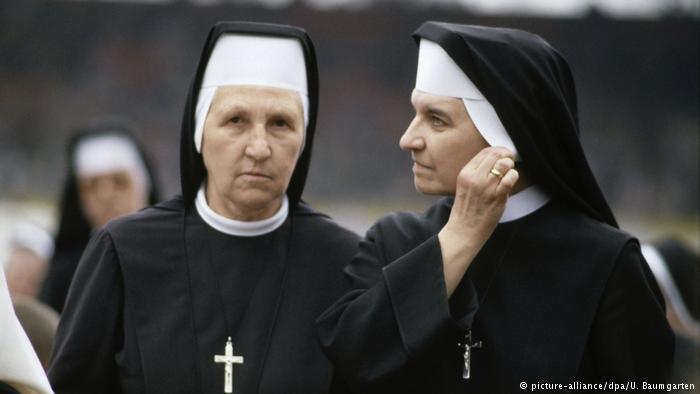 Nun's veil: nuns almost always wear a distinctive veil to complete their religious garment, the habit. Novices' veils are white, while professed nuns usually wear a black veil, or one in their habit's colour. Depending on the religious order, veils come in different sizes and shapes. Some are elaborate and cover the woman's entire head; others are simply pinned to the sister's hair 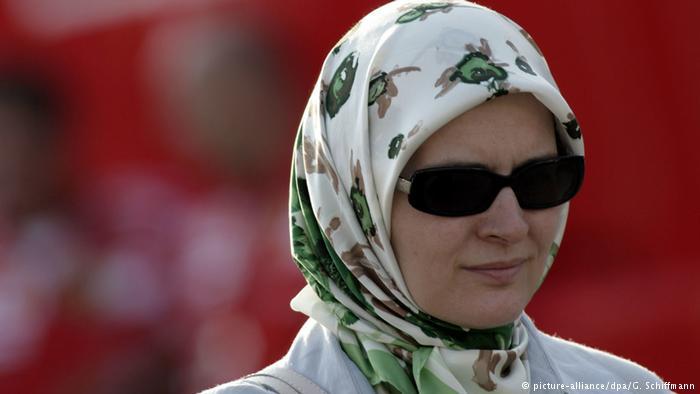 Headscarf: is a woman's headscarf a religious headdress, or a symbol of oppression? In the West in particular, that continues to be a matter of heated debate. It is certainly the most well-known female head covering. Turkish women (as in this photo) tie headscarves differently from women in Arabic countries 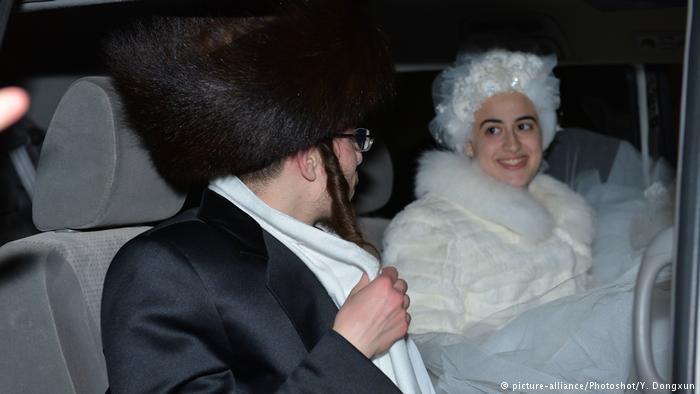 Sheitel: the ultra-Orthodox Hasidic Jewish community in New York has strict rules for married women, who are required to shave their hair and wear a wig, the "sheitel." In her 2012 bestseller memoir "Unorthodox," U.S. author Deborah Feldman describes growing up in the ultra-religious group 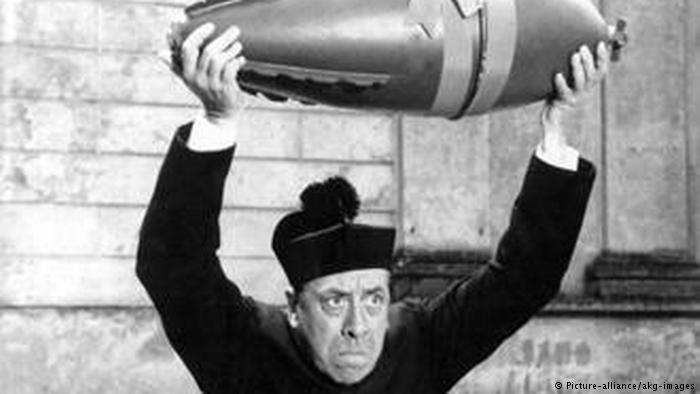 Biretta: a bit of cloth, strips of cardboard and a tassel — voila, the biretta, a head covering worn by Roman Catholic priests since the 13th century. In the Netherlands, Germany, Britain and France, the hat has four corners. In many other countries, it has three. If you remember the character Don Camillo (played by French actor Fernandel in a series of films in the 1950s and '60s), you know the hat! 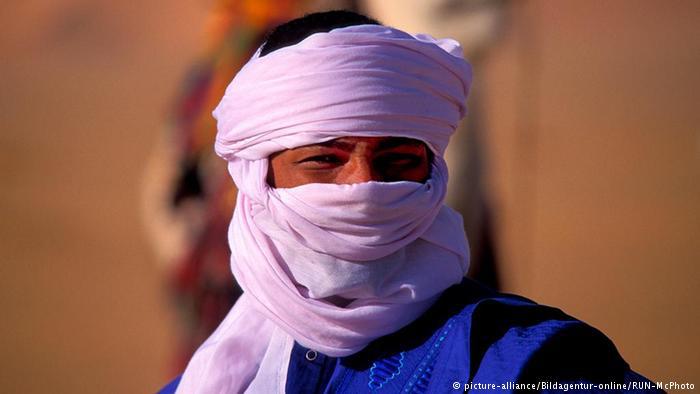 Tagelmust: the cotton scarf that can be up to 15 metres long is worn by Tuareg Berber Muslim men throughout western Africa. The tagelmust covers the head and is pulled over the mouth and nose against wind-born sand in the desert. The turban-style headdress is worn by adult men only. When indigo blue, the tagelmust's dye can rub off on the skin, hence the Tuareg being called the "blue men of the desert" 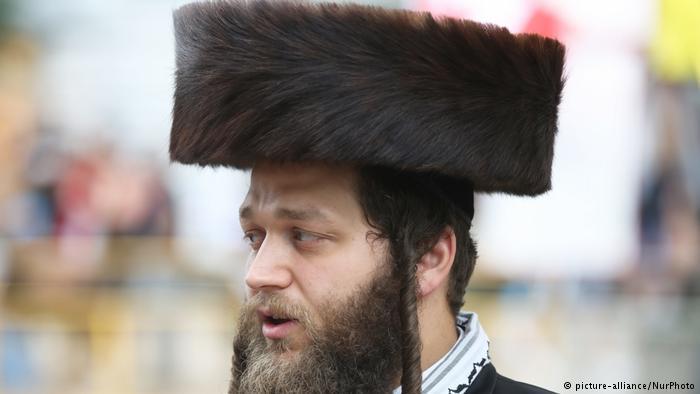 Shtreimel: the Jewish shtreimel hat is made of velvet and has a wide fur trim, usually sable. Married men wear the hat on Jewish holidays and for religious festivities. The eye-catching headgear originated in Hasidic communities in southeastern Europe, a tradition that became nearly extinct in Europe after the Holocaust 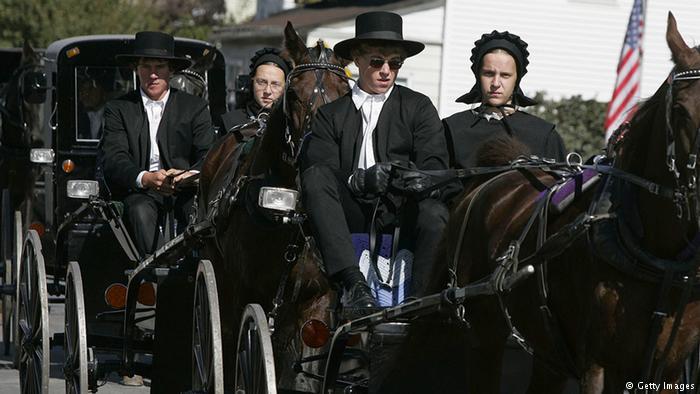 Shtreimel: the Jewish shtreimel hat is made of velvet and has a wide fur trim, usually sable. Married men wear the hat on Jewish holidays and for religious festivities. The eye-catching headgear originated in Hasidic communities in southeastern Europe, a tradition that became nearly extinct in Europe after the Holocaust

As is the case for women, religious prescriptions sometimes call on men to cover their head before God, such as in the Talmud, a central text in Judaism. But men also donned head coverings as fashion statements. The 18th-century trend of men posing for portraits with turbans was "a transcultural masquerade of staged masculinity," Steinmann said.

The exhibition's crisscrossing across gender, geography and era raises the question: Are headscarves a universal accessory then? The answer is not that straight-forward, Steinmann said.

"But the head, just like the body, has been decorated or covered in all cultures throughout all time."

"Je suis Prof": in the wake of the horrific murder of teacher Samuel Paty, thousands of people took to the streets in cities across France in a show of support for the values of ... END_OF_DOCUMENT_TOKEN_TO_BE_REPLACED

This 11 September marked the nineteenth anniversary of the terrorist attacks in New York and Washington. The wide-ranging repercussions of those attacks in the years since 2001 ... END_OF_DOCUMENT_TOKEN_TO_BE_REPLACED

With the arrival of thousands of Tunisian refugees in Italy, the Italian government is putting increased pressure on Tunisia and wants to extend its deportation deal with the ... END_OF_DOCUMENT_TOKEN_TO_BE_REPLACED

After the devastating fires in the Moria migrant camp on Lesbos, Muhammad spent days on a sealed-off section of road with thousands of others. His most fervent wish is to leave ... END_OF_DOCUMENT_TOKEN_TO_BE_REPLACED

After the al-Qaida terrorist network attacked the US on 11 September 2001, Germany backed the US-led military and diplomatic mission in Afghanistan – and still does. Nineteen ... END_OF_DOCUMENT_TOKEN_TO_BE_REPLACED

END_OF_DOCUMENT_TOKEN_TO_BE_REPLACED
Social media
and networks
Subscribe to our
newsletter