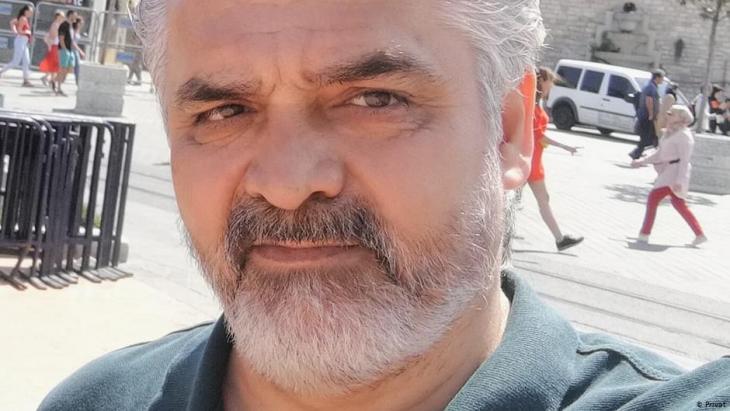 Violence against journalists increasing
Press freedom under fire in Turkey

Journalist Levent Uysal recently survived a treacherous assassination attempt. Despite the fact that members of the press are increasingly at risk in Turkey, the government seems loath to protect them. Deger Akal has the details

Threats, assault, or even armed attack – for journalists in Turkey the frequency of such incidents is increasing. One of the most recent cases occurred at the end of August in the western Turkish city of Balikesir: Levent Uysal, editor of the news site Yenigun, had just left his house when two men wearing helmets opened fire on him from a motorbike: they fired six shots before speeding off, Uysal reported. Apparently they had been waiting for him.

Uysal was lucky. Only one bullet hit its target, injuring his foot. Fortunately it didn't take long for Uysal to recover. For him, what was worse was that he felt abandoned by the authorities. Although the detectives in charge worked around the clock in an attempt to solve the assassination attempt, the governor of the city scarcely took any notice of the case, says Uysal. "He didn't even call me to convey his best wishes for my recovery. I would have expected that. I must admit that I have a suspicion why I was attacked – I hope it doesn't prove to be true."

Too critical in his reporting

Uysal had written about how representatives of the city administration of Balikesir were paying their relatives hefty pensions. He therefore assumes that his work was the main reason for the assassination: "My articles in recent months have been uncomfortable. They certainly won't have liked that. But it is my duty as a journalist to ask unpleasant questions, to uncover lies and to inform."

Harlem Desir, press freedom representative with the Organisation for Security and Co-operation in Europe (OSCE), also called on the Turkish authorities to investigate the attack on Uysal and to bring those responsible to justice as soon as possible. "Violence against journalists is increasing at an alarming rate," says Desir. There have been six attacks on journalists since May. "We need to stop this trend and ensure a safe environment for journalists so that they can continue their work unhindered." 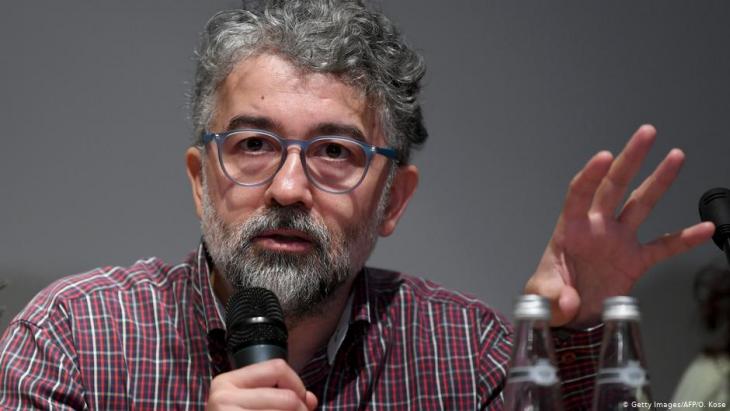 "In Turkey, there is currently minimal protection for journalists' lives," warns Erol Onderoglu, representative of Reporters Without Borders in Turkey. The Turkish public prosecutor's office has now appealed against his acquittal on 17 July 2019. Onderoglu is accused of having participated in a solidarity campaign for the now-closed pro-Kurdish daily "Ozgur Gundem"

According to the BIA Media Monitoring Report, ten journalists were attacked in the first half of the year, three of whom were killed. Last week, the case of Umit Uzun – a journalist at the Demiroren News Agency (DHA) – drew the attention of the Turkish public: when he tried to report a traffic accident, policemen beat him up and handcuffed him. The non-governmental organisation Reporters Without Borders confirmed that Turkey is one of the most restrictive countries in the world when it comes to press freedom. The NGO ranks Turkey 157th out of 180 countries in its 2019 World Press Freedom Index.

But the call has been ignored by the government alliance of the nationalist MHP and the Islamic-conservative AKP, says Erol Onderoglu, the Turkish representative of Reporters without Borders: "The attitude of the government and the authorities is irresponsible. After all, since the local elections on 31 March 2019, violence against journalists has continued to spread. It seems to me that no-one is interested in an adequate response." Police violence has also created a dangerous climate. "In Turkey, there is currently minimal protection for journalists' lives," warns Onderoglu.

Unemployment as an additional problem

In addition to physical violence, another existential problem affecting journalists in Turkey is unemployment. Like thousands of his colleagues, Uysal also has to contend with an economic downturn. When his newspaper was close to bankruptcy, he decided to only publish online. "There is hardly any support from my community, so we can barely keep our heads above water," he complains.

According to figures from the Turkish Statistics Institute (TUIK), journalists were – after social workers – the second occupational group most affected by unemployment in 2018. In just one year, the number of unemployed journalists rose by 4.7 percentage points to 23.8 percent. It is a sector that is dominated by mushrooming media cartels.

The attempted coup in July 2016 was followed by the mass closure of media and press houses. Moreover, the situation has not been helped by the weakening of the Turkish trade unions. And the result? Plurality is falling by the wayside.

Istanbulites take pride in being the world’s melting pot and its natural outcome: having a bustling abundance of international cuisine. Visiting restaurants opened by recent ... END_OF_DOCUMENT_TOKEN_TO_BE_REPLACED

The Kurds are under attack from two sides: from Turkey, and from Iran. The situation in their territories in northern Iraq is becoming increasingly desperate. Birgit Svensson ... END_OF_DOCUMENT_TOKEN_TO_BE_REPLACED

Canan Topcu came from Turkey to Germany as a child. In her essay, she describes how bothered she was by the racism she encountered in her country of origin when she travelled ... END_OF_DOCUMENT_TOKEN_TO_BE_REPLACED

According to Turkey’s revised media legislation, spreading "fake news" now carries a prison sentence. The definition of what this entails has been kept intentionally vague. ... END_OF_DOCUMENT_TOKEN_TO_BE_REPLACED

On 3 November 2002, Erdogan's newly founded AKP, Justice and Development Party, came to power in Turkey. It has ruled the country ever since, becoming more authoritarian with each ... END_OF_DOCUMENT_TOKEN_TO_BE_REPLACED

Kurdish journalist Nedim Turfent has been in prison in Turkey since 2016 – because he reported on police violence. A collection of his writings penned while behind bars is now ... END_OF_DOCUMENT_TOKEN_TO_BE_REPLACED
Author:
Deger Akal
Date:
Mail:
Send via mail

END_OF_DOCUMENT_TOKEN_TO_BE_REPLACED
Social media
and networks
Subscribe to our
newsletter