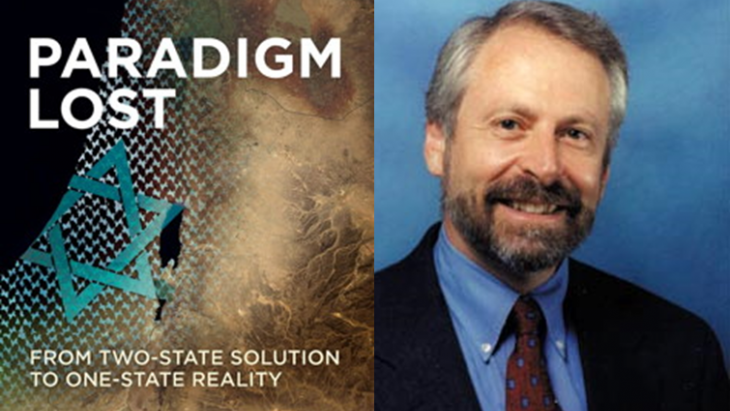 Once a supporter of a two-state solution to the Israeli-Palestinian conflict, Ian S. Lustick now deems that goal a deceptively Solomonic, and often disingenuous, approach to avoiding a "one-state reality". Lisa Anderson read the book

In a series of connected essays, Lustick examines the forces in Israeli history and politics that have contributed to the failure of the two-state solution, including the long-standing Zionist expectation that defeat would force Arab hands but require no concessions by Israel, a culture of profound mistrust of adversaries shaped by the legacy of the Holocaust, and U.S. indulgence of Israeli anxieties, which encouraged belligerence and discouraged compromise.

Lustick argues that a paradigm shift – a change in the conceptual framework that guides policymakers and activists – is necessary, and he puts forward his case concisely, vigorously, and candidly.

His argument is compelling: whatever promise it once held, the two-state solution is now dead. But in light of the continuing expansive ambitions of Israeli leadership and the simultaneous decay of vision and dynamism among the Palestinians, it is hard to know what exactly should replace the old paradigm.

Noam Chomsky and Ilan Pappe in dialogue: A one- or two-state solution?

Special political zones for the Middle East: Beyond the two-state solution

When it comes to talent, Palestine may well be able to compete with other football teams in the region, but growth and development are hampered by the situation in the Palestinian ... END_OF_DOCUMENT_TOKEN_TO_BE_REPLACED

The change in U.S. president is also having an impact on the conflict between Turkey and Greece. Since the USA has started to play the Greek card, the strategic situation in the ... END_OF_DOCUMENT_TOKEN_TO_BE_REPLACED

Years ago, the International Holocaust Remembrance Alliance formulated how hatred of Jews can be recognised. Now a new definition is causing controversy. By Sarah Judith Hofmann END_OF_DOCUMENT_TOKEN_TO_BE_REPLACED

As someone accustomed to presenting his country to interested outsiders, Israeli teacher and tour guide Noam Yatsiv makes the case for a more nuanced appreciation of the ... END_OF_DOCUMENT_TOKEN_TO_BE_REPLACED

Jewish voices are much more diverse than the public often sees. Jewish men and women who oppose the injustice of Israeli occupation in the West Bank deserve our respect and ... END_OF_DOCUMENT_TOKEN_TO_BE_REPLACED

The Germans have a fragmented perception of the conflict between Israel and the Palestinians, and their discourse is dominated by certain catchphrases. All the while, there is a ... END_OF_DOCUMENT_TOKEN_TO_BE_REPLACED
Date:
Mail:
Send via mail

END_OF_DOCUMENT_TOKEN_TO_BE_REPLACED
Social media
and networks
Subscribe to our
newsletter