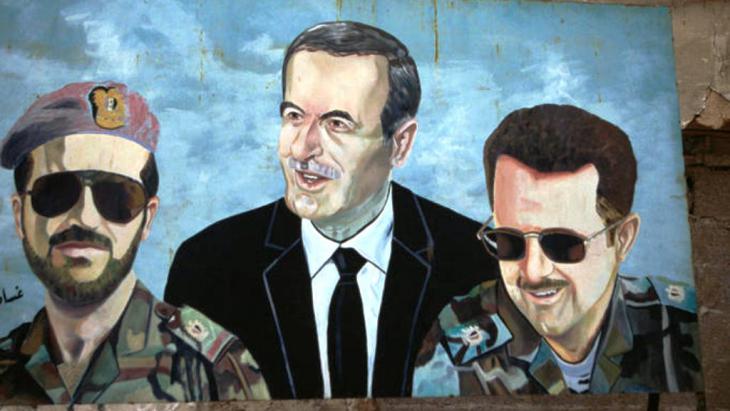 Violence in the Arab world
Born of a barbaric state

In this essay, the Syrian writer Morris Ayek describes how repressive Arab states have succeeded in creating societies modelled on themselves

"The state of barbarism " was the title Michel Seurat gave to his study of Hafiz Al-Assad's Syria. In 1985, just one year later, he would be kidnapped and murdered in Lebanon, himself a victim of the barbarism he had once investigated.

His account pinpointed certain characteristics of a state that acts and exercises its power beyond the rule of law or institutional checks and balances. Its treatment of its own citizens – opponents or otherwise – is marked by unprincipled and unscrupulous behaviour.

Another potentially decisive factor is that the power and authority in such a state draws its lifeblood from fanaticism stemming from a group consciousness, described by Ibn Khaldun as taking the form of confessionalism or tribalism. 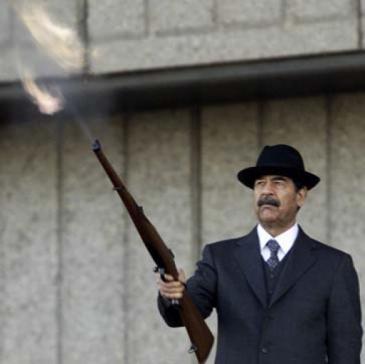 No mercy for "treacherous comrades": when it came to political opponents, ethnic and religious groups, Iraq′s former dictator was known for his extremely brutality. Yet Saddam Hussein also cultivated an atmosphere of fear amongst members of the Baath Party, staging show trials to ensure they remained loyal. He described himself as "al-Qaid al-daruri" (the irreplaceable leader) and regarded himself as heir to the ancient throne of Babylon

The barbaric state is by no means a phenomenon unique to Syria. It can also be found in Iraq and Libya and in diluted form in Egypt and other Arab states. The Hama massacre in 1982, the Anfal genocide conducted by Saddam Hussein's troops and the poison gas attack in Halabja in 1988 can all be said to be examples of state-led barbarism.

But the setting par excellence for the manifestation of barbarism remains the prison and it is thus no coincidence that the names of certain prisons have become synonymous with state-sanctioned violence: from Tadmor Prison in Syria to Abu Zaabal in Egypt through to the high-security prison Abu Salim in Libya and Baghdad′s infamous Abu Ghraib.

Ostentatious, if not theatrical, displays of barbarism might also be cited here, such as the national conference held by the Iraqi Baath Party in 1979 at which Saddam Hussein finally seized power.

During the conference, "treacherous comrades" were unmasked, their confessions heard and they were then summarily executed, all without trial – indeed, the other delegates present were even forced to personally carry out the executions.

The liquidation of Libyan opposition member Abdel Salam Akhchiba proceeded in similar fashion: he was dragged to his death without trial while dozens of soldiers beat and kicked him. In both cases, it was not only the lawlessness that made these heinous public executions so horrific, but also the forced participation of all those present – thus collectivising the crime.

Yet barbarism has not remained confined to the state. It has long since infiltrated society and become a general feature of behaviour, marked by increased cruelty and a widespread lack of morality, or any modicum of human empathy and compassion.

Home
Print
Newsletter
More on this topic
Arab identity crisis: What is left of the Arabs?Political rule before and after the ″Arabellion″: Internal colonialism and counter-revolutionPolitical discourse in the Arab world: Defaming democracy
Related Topics
Assad regime, Colonialism, Democracy and civil society, Egypt's army, History of the Near and Middle East, Pan-Arabism | Arab Nationalism, Saddam Hussein
All Topics

Since President Abdul Fattah al-Sisi seized power in Egypt in 2013, he has ruled the country with an iron fist. Civil society, opposition and free press struggle to survive. Tens ... END_OF_DOCUMENT_TOKEN_TO_BE_REPLACED

The lack of grain supplies from Ukraine is forcing Egypt to act. Now even the Toshka project is being revived to grow grain in the desert. Birgit Svensson travelled to see it END_OF_DOCUMENT_TOKEN_TO_BE_REPLACED

In this unusually beautiful book of images and text, published in German and Arabic, artist Marianne Manda presents her own unique take on the megacity of Cairo. In over fifty ... END_OF_DOCUMENT_TOKEN_TO_BE_REPLACED

A stage, lights, a mesmerised audience: it looks like an Egyptian folkloric concert, but Umm Sameh is singing to heal the sick by driving out the demons that possess them END_OF_DOCUMENT_TOKEN_TO_BE_REPLACED
Author:
Morris Ayek
Date:
Mail:
Send via mail

END_OF_DOCUMENT_TOKEN_TO_BE_REPLACED
Social media
and networks
Subscribe to our
newsletter