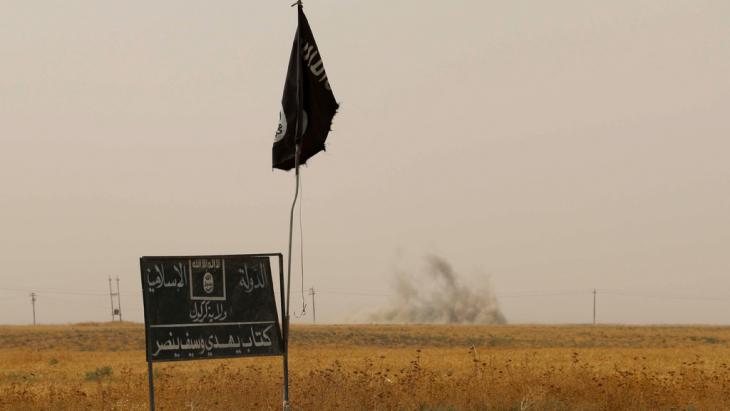 Volker Perthes: "The end of the Middle East, as we know it"

The end of Sykes-Picot?

Almost a century ago, France and Britain carved up large swathes of the Middle East between them. Now the order imposed by the Sykes-Picot Agreement in 1916 appears to be disintegrating. In his new essay, Volker Perthes outlines the reasons for this development and suggests potential scenarios for the region. A review by Anne Allmeling

Civil war in Syria, attacks in Iraq, terrain captured by the terrorist organisation "Islamic State" – since the onset in 2011 of what′s commonly referred to as the Arab Spring, barely a day goes by without news from the crisis-torn Middle East. Where dictators previously commanded a deathly peace, these days anything and everything that once counted for stability and order appears to be imploding.

But current events in the region are just the "start of a phase of turbulence," writes Volker Perthes in his essay "The end of the Middle East, as we know it". As the director of the German Institute for International and Security Affairs in Berlin points out, this is because the entire system of states created by the Western powers in the first half of the 20th century between the Mediterranean and the Persian Gulf now hangs in the balance.

Regarded by some as the root of all evil, the order imposed by the Western nations with the Sykes-Picot Agreement of 1916 proved unpopular in many Middle Eastern countries from the outset. Nevertheless, the fact that IS is tearing down national borders and introducing its own laws is a source of great concern to many people in the region – and not just there. 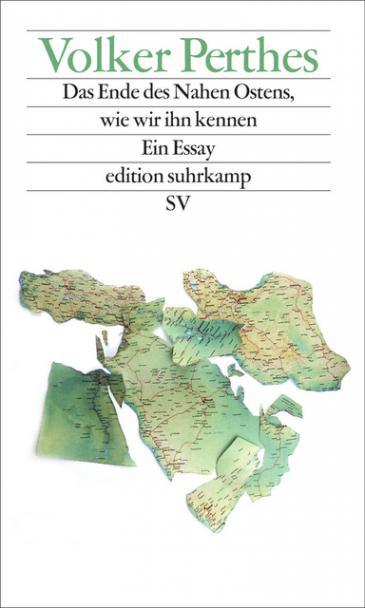 "Over the course of just 145 pages, he succeeds in tracing the major geopolitical conflict lines of the past century, thereby evincing the interests and perspectives of the various protagonists. At the same time, he describes precisely and in detail the events of the past five years and establishes connections that are often lost in the daily tide of news reports," writes Allmeling

"Consequently, an increasing number of people are finding out that although the old order may have been 'bad', what replaces it won′t necessarily be any better – in fact, it may indeed be no order at all", writes Perthes. One reason for the phenomenon: the authoritarian rulers of most Arab states have found themselves no longer able to uphold the "unwritten social contract", as Perthes describes it.

This means economic development in many countries of the Middle East has not kept pace with population growth: At the same time, however, young people are better qualified and better connected than their parents and grandparents. Finally, in 2011, they demanded reforms, vociferously and unmistakably. Demands that the West had never formulated so clearly, writes Perthes; "Prior to 2011, political stagnation was too often confused with stability. Until they encounter serious difficulties, authoritarian regimes often appear stable because they suppress opposition."

The problem: political, social and geopolitical conflicts are now being fought along confessional lines in many nations of the Middle East. By favouring one and neglecting the others, the political elites in Iraq and Syria exploiting the fact that their citizens adhere to differing religions or denominations.

"The greater the lack of order, social, economic and political stability and certainty in the here and now, the fewer the safeguards for the coexistence of various population groups within a framework of sound statehood: hence the rise in importance of confessional, ethnic or tribal bonds and identities," argues Perthes.

Perthes posits that in order to counter the rivalry between Sunnis and Shias in particular, the Sunni royal family in Saudi Arabia and the Shia-dominated leadership in Iran should enter into a dialogue – and calls on the US and the European Union to support the two regional powers in this endeavour.

He believes that Western democracies should try to overcome their conflicts with Middle Eastern nations and the conflicts between the various nations in the region with traditional diplomacy. Perthes regards the resolution of the nuclear row with Iran as a good example of this: 13 years of intensive diplomacy that have proved to be worthwhile.

The post-Ottoman Middle East on the verge of collapse: regarded by some as the root of all evil, the order imposed by the Western nations with the Sykes-Picot Agreement of 1916 proved unpopular in many Middle Eastern countries from the outset

Perthes also argues in favour of working together with states whose policies are in some respects problematic – with Saudi Arabia, for example. By way of explanation he writes, "It is always easier to deal with a difficult but functioning partner than with a failed state." After all, many regional actors are at once a part of the problem and, indeed, of any solution to said problem.

The strength of Perthes' essay lies in analyses such as these – some of them remarkably straightforward. Over the course of just 145 pages, he succeeds in tracing the major geopolitical conflict lines of the past century, thereby evincing the interests and perspectives of the various protagonists. At the same time, he describes precisely and in detail the events of the past five years and establishes connections that are often lost in the daily tide of news reports.

In response to the question of how the Western policy approach to the Middle East should look, Perthes has a clear answer: it should be cooperative, without concealing its own values and interests. But the Middle East expert does not go into any further detail on how this policy should be drawn up – and this is a pity, as in view of the developments currently dominating the Middle East, the US and the EU could use some concrete recommendations.

In his final chapter "Key points for European policy", Perthes outlines what must happen in Syria: "International policy must strive to achieve sustainable ceasefires, negotiations and a political transitional process that yields sufficient credibility to undermine IS and other jihadists." While these are words that few European politicians are likely to disagree with, realising them is quite another matter.

Home
Print
Newsletter
More on this topic
The global risks of an imploding Middle East: A region in flamesSyria and the Middle East: The end of the Sykes Picot system?Islamic State (IS): A totalitarian, expansive and hegemonic project
Related Topics
'Islamic State' | IS, Arab Spring, Arabellion, Colonialism, Confessionalism, Egypt Revolution 2011, Egypt's army, History of the Near and Middle East, Jihadism | Jihadists, Syrian Civil War
All Topics

International relations are shifting across the Middle East as regional powers adapt to America's retrenchment and China's growing influence. Although the region could become the ... END_OF_DOCUMENT_TOKEN_TO_BE_REPLACED

No other Western poet was arguably so well-versed in the Koran or so fascinated by Islam as Germany's national hero, Goethe. In a new publication that examines all Goethe's ... END_OF_DOCUMENT_TOKEN_TO_BE_REPLACED

A deluge of books, movies, series and cover stories: ever since the events of 9/11, the West has seemed almost manically preoccupied with Islam. Yet this has rarely led to deeper ... END_OF_DOCUMENT_TOKEN_TO_BE_REPLACED

Two decades after the attacks of 11 September 2001, the West faces the shattered debris of its failure – not only in Afghanistan, but also in Iraq, Syria, Libya and Yemen. What ... END_OF_DOCUMENT_TOKEN_TO_BE_REPLACED

Following the Taliban's power grab, members of the Hazara minority fear they will be targeted. Those who can, escape. Others have joined the armed opposition. But for many, there ... END_OF_DOCUMENT_TOKEN_TO_BE_REPLACED
Author:
Anne Allmeling
Date:
Mail:
Send via mail

END_OF_DOCUMENT_TOKEN_TO_BE_REPLACED
Social media
and networks
Subscribe to our
newsletter