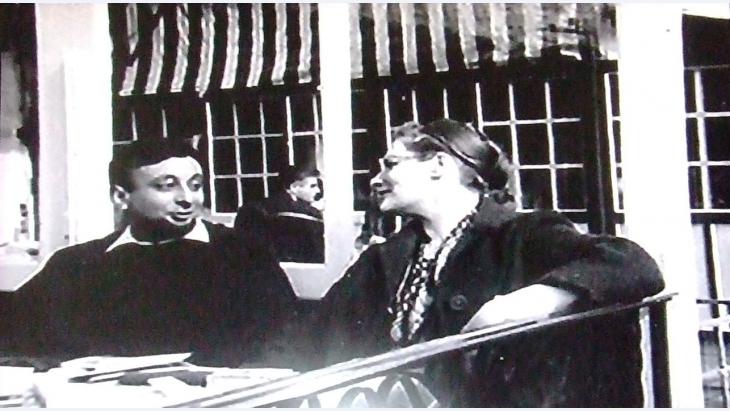 Following his suicide in 1969, the private diaries of Egyptian writer Waguih Ghali, known for his one best-selling novel, ″Beer in the Snooker Club″, were preserved. Surviving only as copies, they were made available through Cornell University in 2014. May Hawas has now deciphered Ghali′s sometimes drunken scrawl and compiled his journals into two eminently readable volumes. Marcia Lynx Qualey read the first

Fans have waited four decades for the first volume of ″The Diaries of Waguih Ghali″. The Egyptian writer′s only novel, ″Beer in the Snooker Club″, was published to critical acclaim in 1964. The semi-autobiographical fiction was Ghali′s one big hit, but he didn′t drift into oblivion – instead, he′s remained a cult favourite down the decades, beloved for his book′s shifting registers of wit and its depictions of 1950s Britain and Egypt. ″Beer″ also saw a renaissance of interest post-2011, when its depiction of Egypt′s 1952 revolution was held up against contemporary events.

Volume 1′s subtitle, ″An Egyptian Writer in the Swinging Sixties″, makes a somewhat odd introduction to the diaries. This volume encompasses entries written between 1964 and 1966, while Ghali lived and worked in small-town Rheydt, Germany. A more accurate subtitle might be: ″A Study in Depression, Drinking and Failed Love Affairs in Post-Nazi Germany″ or simply ″Self Destruction″. At one point, late in the diaries, Ghali does attend a fashionable Dusseldorf party where he briefly joins the swinging lifestyle, kissing a number of women. But he prefaces this entry by saying, ″I don′t really go in for things like that.″

More representative are the scenes that unfold between a drunken Ghali, his younger girlfriend′s racist and abusive parents and the small-town German police. If these encounters had been narrated by Ram, the protagonist of ″Beer in the Snooker Club″, we might expect Ram′s insightful, absurdist humour. But the narrator of these diaries doesn′t stand apart from events. Instead, he′s deeply embedded in his obsessions, his desperation and his feelings of powerlessness.

As the narrator of his own life, Ghali is less Ram and more Dostoevsky′s Underground Man, obsessed with romantic relationships, the German people, his writing and the crippling depression that led to his January 1969 suicide. 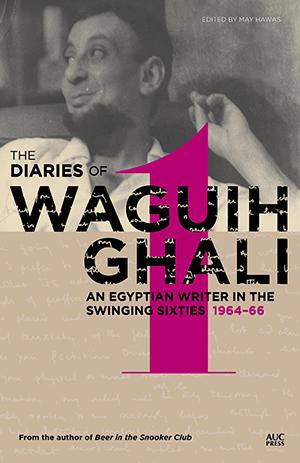 Diana Athill preserved Ghali's diaries after his death and used them in her 1986 memoir "After a Funeral". Athill apparently lost the diaries in a move, but a researcher had made photocopies and in 2014 they were made available through Cornell University. The second volume is due to be published later this year

The diaries open in May 1964, with a stated aim of balancing Ghali′s mental landscape and managing his depression. The current terminology wouldn′t have been available to him, but Ghali was well aware of his swings between two poles:  ″[S]ometimes,″ he writes, I ″get marvellous joie de vivre-ness and exaltations, which I try to control and to quieten down because I feel it is not normal.″ These bouts of joie de vivre are followed by periods of suffocating depression.

Ghali does attempt to curb his self-destructive behaviours – he particularly tries to stop drinking and to write more often – but he′s largely unsuccessful. At one point, he attempts to address the root of the problem, approaching his physician with a self-diagnosis.

″Don′t laugh at me,″ I told him, ″The suffering is unbearable.″ He didn′t laugh because I had warned him, but he smiled.

″No,″ he said, my ′health′ insurance didn′t cover things like psychiatric treatment. People, in West Germany, don′t as a rule, suffer from such things.

The Ghali who wrote ″Beer in the Snooker Club″ would have heightened and expanded this interaction, extracting all its inherent ridiculousness. But this is Ghali of real life and the situation is dire. Ghali is grateful for the serotonin pills the clueless doctor provides. For a short time, the pills even seem to work.

Ghali′s diary also gives us a window on his irresponsible and sometimes cruel actions and the self-loathing that follows. When Ghali has money, he gambles it away, or else he spends it on drink, records or his beloved car. He despises his romantic partners until the moment they lose interest in him. Only then can his love be aroused, when it is hopeless and unrequited. Ghali sees these patterns, just as we do and yet he can′t change them.

During the two years chronicled here, Ghali finishes one short story that′s published in The Guardian as ″The Roses Are Real″ and a teleplay he tells us is ″about racial discrimination in Germany, about the Spanish civil war and about the society in Germany.″ He works for a while on a novel, but it goes nowhere.

′The society in Germany′

The diaries have thus far been published only in English, but they would certainly be of interest to a German readership, at least to those readers willing to suffer Ghali′s inconstant and contradictory criticisms of mid-60s western West Germany. He′s sometimes compelled to sweep all Germans into his sharp criticisms, but then offers loving portraits of his landlord, friends and others he meets.

Drink, toxic relationships and gambling aren′t Ghali′s only self-destructive behaviours. He also responds to a German woman′s classified ad: ″Humourless, miserable, unaffectionate woman, seeks someone similar.″ If Ghali had lived longer, this incident – which goes badly, as you′d expect – surely could have been an inspiration for fiction. Ghali also claims to have spent some time in Rheydt pretending to be Jewish. This, too, went badly.

As he writes, Ghali also re-reads his diaries at least a half-dozen times, sometimes satisfied with their contents and sometimes depressed by them. The author clearly imagines – or at least hopes – the diary will one day be published in book form. As he hopes it, he also worries that we, who will read his once-private thoughts, will laugh at him. ″This, to me, is one of the cruellest things I am experiencing.″

He needn′t have agonised over this. While a reader who admires ″Beer in the Snooker Club″ might be disappointed at the Diaries′ very different tone, it would take a stone-hearted reader to laugh at the author′s suffering.

Volume 2 is expected later this year.

Surging coronavirus cases in many parts of the world have overshadowed the start of this year's Muslim holy month of Ramadan, with festivities once again curtailed by contagion ... END_OF_DOCUMENT_TOKEN_TO_BE_REPLACED

The Prophet Muhammad never executed anyone for apostasy, nor encouraged his followers to do so. Nor is criminalising sacrilege based on Islam’s main sacred text, the Koran. In ... END_OF_DOCUMENT_TOKEN_TO_BE_REPLACED

Televised Turkish dramas are all the rage in the Middle East. A young Ottoman TV Empire has been expanding its soft power by harnessing regional dialects, Arabic names and viewers ... END_OF_DOCUMENT_TOKEN_TO_BE_REPLACED

German Middle East analyst Guido Steinberg and television journalist Ulrich Tilgner have both published new books on the conflicts in the Middle East. Their analyses and their ... END_OF_DOCUMENT_TOKEN_TO_BE_REPLACED

Nawal El-Saadawi has died in Cairo at the age of 89. The prominent doctor, activist and author became internationally known for her outcry against female genital mutilation and ... END_OF_DOCUMENT_TOKEN_TO_BE_REPLACED

As the globe races to inoculate against coronavirus, Egypt President Sisi’s regime plans to profit from the essential shot. Making Egyptians pay for their own vaccines is part of ... END_OF_DOCUMENT_TOKEN_TO_BE_REPLACED
Author:
Marcia Lynx Qualey
Date:
Mail:
Send via mail

END_OF_DOCUMENT_TOKEN_TO_BE_REPLACED
Social media
and networks
Subscribe to our
newsletter