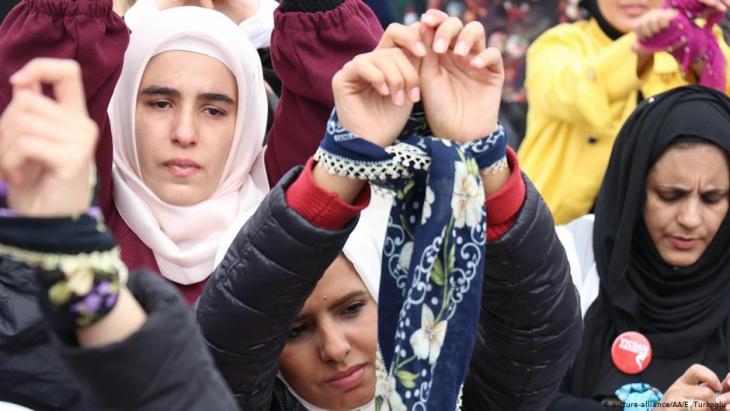 Brutal sexualised violence is widespread in Syrian prisons – and yet the subject receives little attention. Human rights activists are trying to achieve justice for thousands of victims in Germany. By Lisa Ellis

For most women, the horror starts at the moment of arrest. First, the male soldiers touch them inappropriately. On arrival at the prison, they are forced to strip naked. The invasion of their bodies often begins with an aggressive, intimate search by a male guard.

For thousands of female detainees in pro-regime prisons this marks the start of a journey to hell – one that very often ends with them being broken and then ostracised from their families and communities.

Sexualised, gender-based violence is one of the most widespread crimes in Syria's government detention facilities, according to international law expert, Alexandra Lily Kather. Yet, it is also one of the most underreported.

"We know about air strikes, we know about weapons, we know about torture, we know about [the Islamic State]," says Kather who works for the ECCHR (European Centre for Constitutional and Human Rights) in Berlin. "But what is not being covered sufficiently either in the media, or in terms of calling perpetrators to account, is sexual violence [in government prisons], despite the devastation it causes both for the victim and for society as whole."

Kather and her colleagues at the ECCHR hope this state-of-affairs is about to change in a radical way. Together with Syrian rights activist, Joumana Seif, Kather filed a criminal complaint with Germany's federal prosecutor calling for sexualised and gender-based violence in Syria to be prosecuted as a crime against humanity.

Germany has already achieved a world first by putting two former Syrian intelligence officers on trial for war crimes under the principle of universal jurisdiction, which allows countries to try foreign nationals for crimes committed abroad. 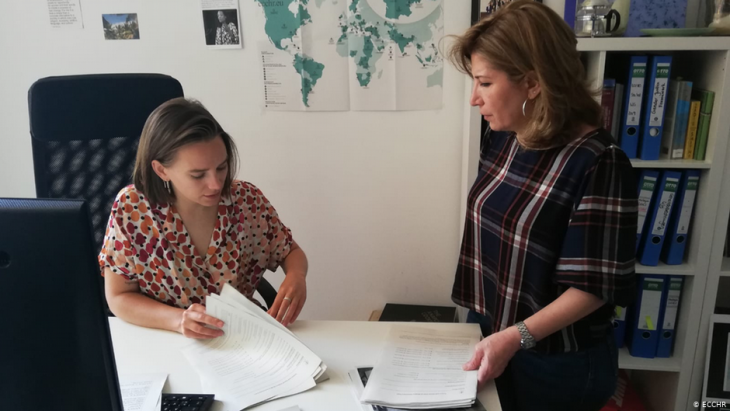 Investigating the massive human rights violations perpetrated by the Assad regime: together with Syrian activist Joumana Seif, Alexandra Lily Kather has filed a criminal complaint with the Federal Public Prosecutor General in Karlsruhe. They want to ensure that sexualised and gender-based violence in Syria is prosecuted as a crime against humanity

However, while applauding this effort, ECCHR says Germany has failed to include sexualised violence as a crime against humanity on any indictments or arrest warrants, which in their view is a grave oversight and a blow to the victims.

"From the evidence we have," says Kather, "we can clearly see that sexual violence was part of a systematic and widespread attack on the civilian population and therefore should be categorised as a crime against humanity."

The UN Human Rights Council shares this opinion. In a harrowing report published in 2018, the body detailed abuses based on the testimony of nearly 500 survivors and witnesses. Of all the warring parties, pro-government forces and militias were the most prolific offenders when it came to sexual assaults and rapes. The UN concluded they used sexualised violence as a weapon to instil fear and inflict humiliation.

The report's section on detention centres outlines acts of astonishing cruelty with a girl as young as nine being raped by a Syrian guard. This was not only tolerated by higher ranking officers, but openly permitted or even ordered. Others were also sexually tortured and threatened with rape or raped in front of other guards and detainees.

One brigadier general told a low-ranking officer who showed an interest in a female inmate: "Take her. Do anything you want with her." Men and boys were also raped and sexually violated in detention, but according to the report women and girls were disproportionately targeted.

The need to seek redress for such atrocities is at the heart of the case being pursued by the ECCHR. They are acting on behalf of seven survivors, including four Syrian women and three men now based in Europe. All were civilians incarcerated in prisons operated by Syria's Air Force Intelligence Service in Aleppo, Hama and Damascus.

ECCHR say they have identified nine perpetrators based on the testimony of these victims and other sources of evidence. "They survived sexualised violence or witnessed rape, electric shocks to the genitals, forced nudity and forced abortion, among other things," the organisation says.

As part of their criminal complaint, the international lawyers at ECCHR have issued a demand to Germany's Federal Prosecutor for an existing arrest warrant for the former head of Syrian Air Force Intelligence Service, Jamil Hassan, to be amended to include sexual violence as a crime against humanity. Additionally, they have called for investigations, also focusing on crimes of a sexual nature to be opened into the other eight alleged perpetrators and arrest warrants to be issued. 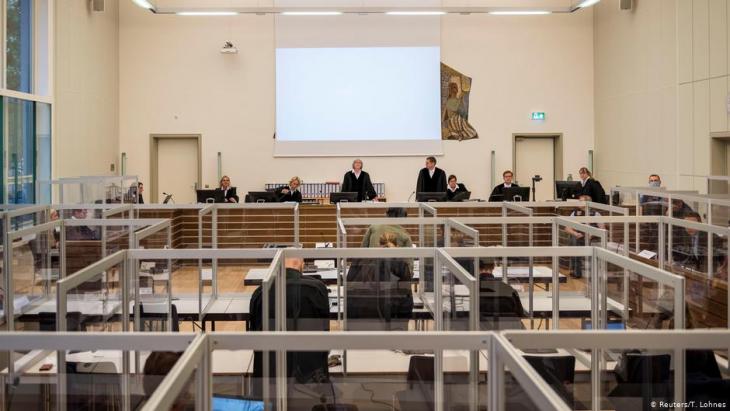 Historic proceedings against alleged Syrian torturers: for the first time worldwide, alleged agents of Syrian state torture are sitting in the dock. The Federal Prosecutor's Office in Koblenz lists an almost infinite number of individual atrocities. The trial, which began at the end of April, is likely to attract attention far beyond Germany

Rights activist and legal expert Joumana Seif underlined the importance of characterising crimes as "sexual" as opposed to other forms of brutality, especially in Syria.

"Most of the survivors are women and when they are released, despite having such dreadful experiences in prison they are discriminated against. They pay twice," says Seif. They need special health services, psychological help, protection and recognition.  "If a woman has been sexually violated, she is judged to have brought shame on the honour of the family and will be excluded," says Alexandra Lily Kather. "This destabilises the family and if you destabilise family after family, you end up destabilising the core of society."

Men subjected to sexual violence in prison often feel their masculinity has been compromised and fear losing the respect of their peers, according to Kather.

Justice for victims of sexual and gender-based crimes is also seen as key to any future reconciliation efforts, especially given what the UN report called a "near-total absence of accountability for such violations."

For now, though, lawyer Kather is focusing on the present. "This is a regime, a state that uses people's bodies for their political aim to oppress and terrorise,” she says. "We demand accountability from the German prosecutor."

Home
Print
Newsletter
More on this topic
Assad's crimes against his own people: Syrian ex-secret police stand trial in GermanySyrian women in Assadʹs prisons: No end to Bashar's crimes against humanityTorture under the Assad regime: Syrian detainee No. 72
Related Topics
Assad regime, Human rights, Justice, Rule of law, Sexism and violence against women, Syrian Civil War, Women in the Islamic world
All Topics

Mikhal Dekel’s father was part of a contingent of Jewish children who went on an odyssey from Poland to Iran as a result of the Holocaust. Dekel has now written a book exploring ... END_OF_DOCUMENT_TOKEN_TO_BE_REPLACED

The protests against police violence in the USA have triggered a discussion in Germany about discrimination, immigration and the country's image of itself. Why are people who do ... END_OF_DOCUMENT_TOKEN_TO_BE_REPLACED

Journalist Michel Abdollahi was born in Tehran in 1981 and moved to Hamburg in 1986. His big breakthrough came with his television documentaries on social issues such as ... END_OF_DOCUMENT_TOKEN_TO_BE_REPLACED

From Syrian war crimes to U.S. hypocrisy in the Julian Assange case, the global "erosion of human rights standards" is of critical concern, UN Special Rapporteur on Torture Nils ... END_OF_DOCUMENT_TOKEN_TO_BE_REPLACED

Iran’s contemporary poets are less well known in Germany than the old Persian classics. Kurt Scharf has now translated 32 of them into German. Marian Brehmer dipped into the ... END_OF_DOCUMENT_TOKEN_TO_BE_REPLACED

END_OF_DOCUMENT_TOKEN_TO_BE_REPLACED
Social media
and networks
Subscribe to our
newsletter