The same was true of the strike in Paktia. Not a single U.S. investigator is believed to have visited the site of the killings afterward.  On its Twitter page in Dari, CENTCOM reported that an action had allegedly killed Taliban members from Faryab province during the same time-span, but it did not mention any drone strikes or civilian casualties.

Despite the U.S.-Taliban truce, residents of Zazai Aryob are still afraid, saying that they have been haunted by American drone strikes for years, and that their fate is often ignored by both the U.S. military and the Afghan government in Kabul.

"They keep saying that they are killing terrorists. But that’s not true. Farmers, shepherds and women are not terrorists. One of the victims, Naqib Jan, was a two-year-old child!" said Islam Khan, who works as a teacher in a local village.

During the last months and years, several relatives and members of his family were killed by drone strikes. Khan claims that his fellow tribesmen are terrified and depressed, suffering from trauma, and that many children fear to play outside. "We tried to make ourselves heard. We even confronted President Ashraf Ghani about the issue, but he does not care," he added. 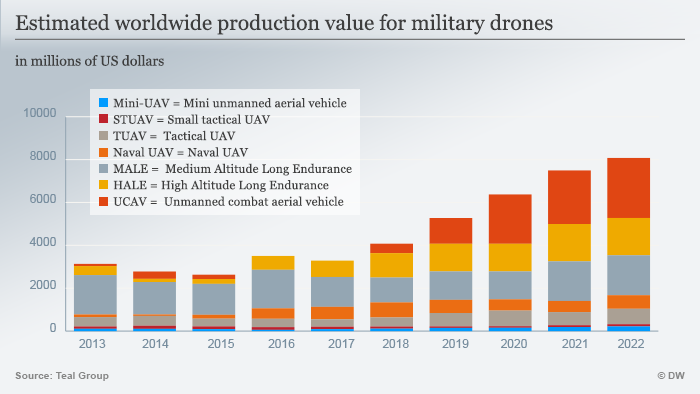 According to the London-based Bureau of Investigative Journalism, which monitors U.S. drone warfare around the world, at least 6,825 drone strikes took place in Afghanistan in 2019. The majority of the victims remain unknown, since most of these attacks occur in remote areas like in Zazai Aryob

While former Afghan President Hamid Karzai took a critical stance towards U.S. airstrikes and criticised them in public, the administration of current President Ashraf Ghani – heavily dependent on the U.S. for aid and support at a time when the Taliban are winning in many parts of the country – has preferred to largely conform to Washington’s "War on Terror" narrative, largely ignoring civilian casualties.

In some cases, Ghani’s officials even rejected the findings of independent observers and human rights organisations that offered proof of civilian casualties. U.S. military officials have also sometimes claimed that their Afghan army allies ordered the strikes.

In early March, senior judges at the International Criminal Court authorised an investigation into alleged war crimes and crimes against humanity in Afghanistan. In doing so, they overturned an earlier rejection of the inquiry. The ICC investigation will principally examine the actions of U.S, Afghan and Taliban troops.

Very different Western reactions to the suffering in Ukraine and the Arab world show that there is a profound rift among cultures. Essay by Michael Young END_OF_DOCUMENT_TOKEN_TO_BE_REPLACED

The documentary "Nadia" tells the incredible story of Nadia Nadim, who was forced to flee from the Taliban as a child and became a football star. By Annabelle Steffes-Halmer END_OF_DOCUMENT_TOKEN_TO_BE_REPLACED

Three award-winning female directors appeal to the international film industry to save Afghan cinema. Supporting women filmmakers is more important than ever. By Christine Lehnen END_OF_DOCUMENT_TOKEN_TO_BE_REPLACED

Russia's ranking on the World Press Freedom Index has fallen again over the Kremlin's wartime censorship of the Ukraine conflict. From Myanmar to Mexico, journalists continue to ... END_OF_DOCUMENT_TOKEN_TO_BE_REPLACED

Ideally, those Europeans currently welcoming Ukrainian refugees would show the same sympathy to Syrians, Afghans and others fleeing war beyond the continent. But, argues Ian ... END_OF_DOCUMENT_TOKEN_TO_BE_REPLACED

END_OF_DOCUMENT_TOKEN_TO_BE_REPLACED
Social media
and networks
Subscribe to our
newsletter