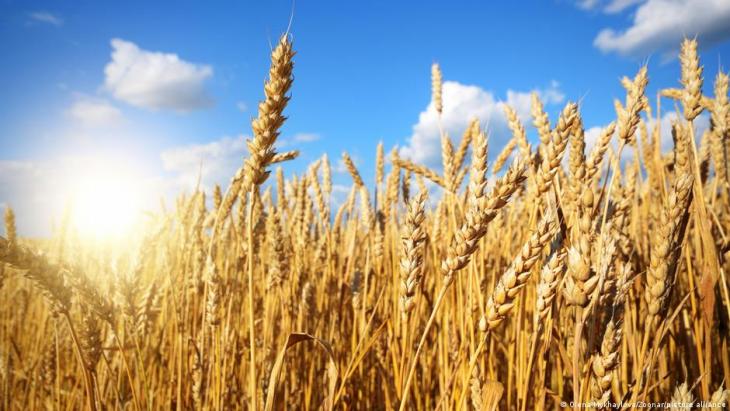 War in Ukraine
A food crisis in the MENA region?

With Vladimir Putin’s forces gaining ground in Ukraine, a further increase in the price of bread could severely destabilise MENA countries. Rising costs would inevitably challenge states such as Turkey, which imports essential cereal supplies from Russia and Ukraine. The same applies to most economies in the Arab world, such as Egypt – the world’s largest wheat importer – Algeria, and Tunisia

Spiralling food costs and a similarly intense rise in energy prices have flared widespread public anger, specifically in relation to bread which is a politically charged commodity.

Morocco is less dependent on cereal imports than its Maghreb neighbours but is experiencing its worst drought in decades. As a result, a surge in food costs could force the kingdom to increase imports and subsidies.

As the largest importers of barley globally from Ukraine and Russia, oil-rich monarchies like Saudi Arabia fear a severe impact on their livestock industry.

Nonetheless, war-torn and fragile states that are dangerously close to famine, such as Lebanon, Syria and Yemen, would probably face the worst outcomes. With the conflict unfolding in Ukraine, these countries are likely to face swift food prices increase that, in turn, could exacerbate the appalling humanitarian conditions. 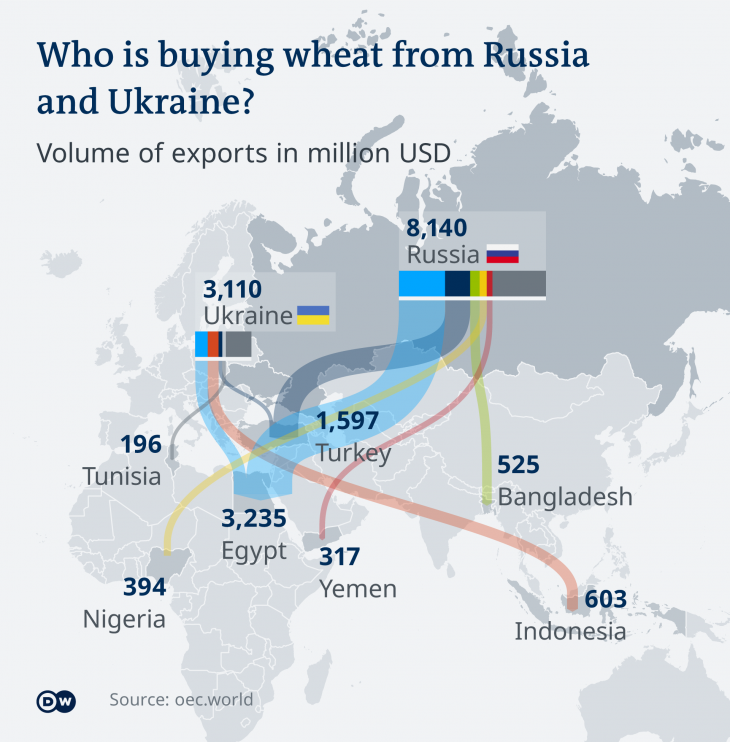 With a war at the doorstep of the European Union, global cereal supplies are now facing shocks unseen in decades. Today, Russia and Ukraine together account for 29% of the world’s wheat supply. As the escalating conflict between Moscow and Kyiv has further increased the threat of food insecurity, grain-importing countries must prepare for the far-reaching end of supply
Home
Print
Newsletter
More on this topic
Russia's invasion of Ukraine: What impact on the Arab world?War in Ukraine: Stress test for the Arab worldUkraine conflict: Will Arab oil save the world from soaring prices?
Related Topics
Humanitarian aid, Poverty, Ukraine conflict, Vladimir Putin
All Topics

Syria, Egypt, Saudi Arabia and the UAE are among those countries increasingly misusing cybercrime legislation to silence dissent and curb freedom of speech. Could a new global ... END_OF_DOCUMENT_TOKEN_TO_BE_REPLACED

With regard to gender justice, things look bleak in the Arab world. Laws typically discriminate against women, while national legislation all too often does not comply with the ... END_OF_DOCUMENT_TOKEN_TO_BE_REPLACED

Anger in the Middle East is spreading over comments made by an official of India's ruling BJP about the Prophet Muhammad, with various countries summoning New Delhi's envoy and a ... END_OF_DOCUMENT_TOKEN_TO_BE_REPLACED

The Ukraine war is changing the global geopolitical landscape. Ali Khamenei, Iran's most powerful man, is already cosying up to Russia in anticipation of a harsh post-war reality ... END_OF_DOCUMENT_TOKEN_TO_BE_REPLACED

The Ukraine war has seen energy prices spike with oil producers in the Middle East making more money than ever. But will it put the brakes on long-planned reforms to diversify oil ... END_OF_DOCUMENT_TOKEN_TO_BE_REPLACED

END_OF_DOCUMENT_TOKEN_TO_BE_REPLACED
Social media
and networks
Subscribe to our
newsletter