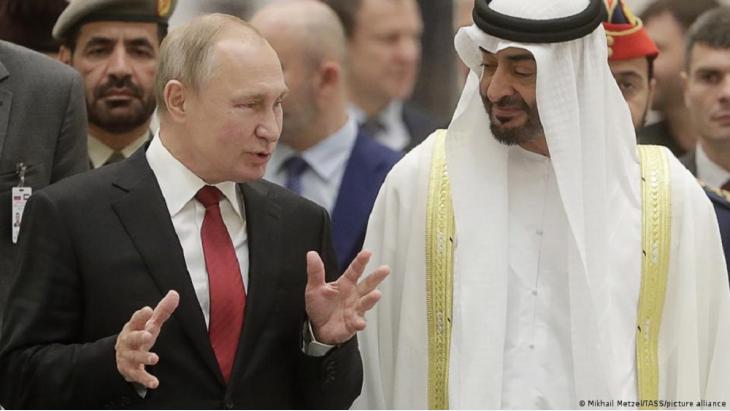 War in Ukraine
Stress test for the Arab world

It’s unusual for the troubled Middle East to be looking at a war in Europe. And in that unfamiliar situation, Arab nations are jostling to adopt a position on the issue – as was evidenced by the show of spectacular shilly-shallying by the wealthy United Arab Emirates in recent days. Karim El-Gawhary reports from Cairo

In a session of the UN Security Council on 26 February and to the surprise of many, the United Arab Emirates – together with China and India – abstained in voting on a resolution condemning the Russian attack on Ukraine. Two months previously, the Emirates took up one of the temporary two-year seats in the Council and even assumed the Presidency in March. Anwar Gargash, a leading advisor to the Emir, justified his country’s decision thus: "We believe that taking sides would only lead to more violence. Our priorities are to encourage all parties to adopt diplomacy and negotiate to find a political settlement that will end this crisis."

Crown Prince Mohamed bin Zayed had previously spoken on the telephone with Russian President Vladimir Putin. In their conversation, as reported by the Emirates’ official news agency, the Crown Prince advocated "a peaceful solution in the Ukraine crisis that would take into consideration the national security interests of all parties".

And the Emirates’ Ambassador to Washington Yousef Al Otaiba, probably the most influential lobbyist for his nation, attempted to calm the waves heading towards the U.S. with a relationship parable. "It’s just like in any relationship. There are good days and days where the relationship is in question. Today we’re going through a stress test, but I’m confident that we’ll get out of it and get to a better place," he said.

"The Emirates are not puppets of the U.S."

The Emirates’ initial refusal to condemn the Russian invasion was first and foremost about side-stepping problems that could damage relations with Moscow, ties that have become increasingly stronger in recent years, to do Washington a favour. "The Emirates have shown that they are no longer puppets of the U.S. Just because we have good relations with the U.S., that doesn’t mean that we receive orders from Washington. We have our own strategy and our own priorities," was the enthusiastic explanation from Abdulkhalek Abdulla, a professor of political science based in the Emirates. 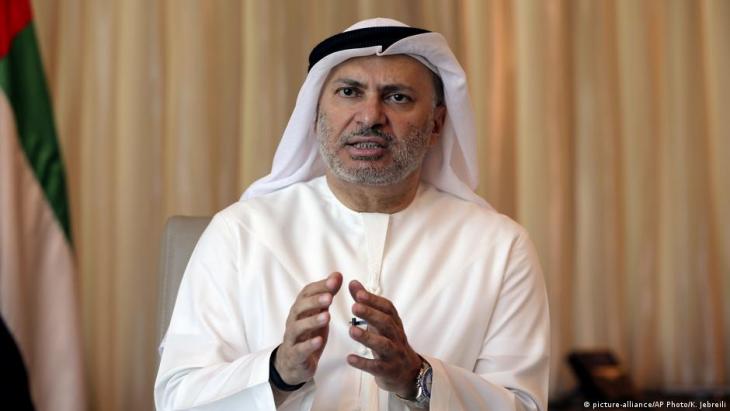 Anwar Gargash, the architect of Emirati foreign policy. He justified the Emirates' abstention from voting on the resolution condemning Russia's attack on Ukraine, along with China and India, at the UN Security Council meeting on 26 February : "Taking sides would only lead to more violence. "We believe that taking sides would only lead to more violence. Our priorities are to encourage all parties to adopt diplomacy and negotiate to find a political settlement that will end this crisis," Gargash said. Two months earlier, the Emirates had been given one of the rotating seats on the Security Council; they are due to take over the presidency next month

Several motives are driving this. The UAE was annoyed about a 23-billion-dollar deal to buy high-tech American F-35 fighter jets – a deal that fell through due to hesitation from Washington. There was also irritation because U.S. President Joe Biden is no longer supporting the Emirates in their engagement in the Yemen war.

Biden had ordered that the Emirates’ opponents in that conflict, the Houthi rebels, be removed from the U.S. terrorist list. Shortly after the Emirates’ abstention in the UN Security Council vote on the Russian invasion of Ukraine, in a 'you-scratch-my-back-I’ll-scratch-yours' political gesture, Russia responded in the council by supporting a resolution to renew an arms embargo on Yemen that also includes the Houthi rebels by name.

Profiting from the sanctions

There are also concrete economic interests at play here. Russia and the Emirates, as well as Saudi Arabia, are trying to coordinate their energy policies within what’s known as the "OPEC+" group. Russian tourists are now the second-largest group in Dubai’s tourism sector. The ultra-sleek city is one of the most popular travel destinations with Russian elites. The UAE is also a magnet for Russian investments and perhaps, as the Emirates secretly hopes, it could also become a new haven for Russian oligarchs evading new sanctions.

⚠️⚡️BREAKING: ALL #Gulf monarchies (including #UAE who abstained on previous #UNSC resolution) voted WITH the #US & AGAINST #Russia-n invasion of #Ukraine. #SaudiArabia #UNGA

Tables already turning?
This is perhaps the first time they acknowledge the magnitude of the crisis. pic.twitter.com/Wx77og2zCp

But the Emirates didn’t manage to hold out very long against its self-proclaimed stress test in its relations with the United States. After withholding its vote in the Security Council, it made an equally astonishing about-turn just five days later, joining other Arab nations such as Saudi Arabia and Egypt at the UN General Assembly to vote in favour of a resolution condemning the Russian invasion.

In conversation with Qantara.de, Hisham Hellyer – Middle East expert at the Carnegie Endowment for International Peace – explained the U-turn as follows: "In Arab capitals in recent years, the thinking has been that the West – and primarily the U.S. – is gradually withdrawing from Middle East power politics. They thought the future would be more multi-polar and less dominated by the USA. I think this view has changed in the last few days."

Arab states are currently seeing how the West is responding to a threat on its borders and wondering what this means for their future, Hellyer continued, adding: "A whole host of Arab questions are being asked right now, without any ready answers."

Syria, Egypt, Saudi Arabia and the UAE are among those countries increasingly misusing cybercrime legislation to silence dissent and curb freedom of speech. Could a new global ... END_OF_DOCUMENT_TOKEN_TO_BE_REPLACED

Egypt hopes to jump-start the action needed to face a warming world when it takes the presidency of major UN climate talks in November, but warns that countries need a "reality ... END_OF_DOCUMENT_TOKEN_TO_BE_REPLACED

A ceasefire has been in effect in Libya for the past year and a half. Yet after Russia's attack on Ukraine, another proxy war looms in Africa's most oil-rich country. Mirco ... END_OF_DOCUMENT_TOKEN_TO_BE_REPLACED

It is the biggest order in the history of the Siemens Group: a 2,000-kilometre railway network for high-speed trains is to be built in Egypt. But the project raises numerous ... END_OF_DOCUMENT_TOKEN_TO_BE_REPLACED

Archaeologists have discovered 250 sarcophagi and 150 bronze statues during excavations in the necropolis on the western bank of the Nile. ... END_OF_DOCUMENT_TOKEN_TO_BE_REPLACED

The lack of grain supplies from Ukraine is forcing Egypt to act. Now even the Toshka project is being revived to grow grain in the desert. Birgit Svensson travelled to see it END_OF_DOCUMENT_TOKEN_TO_BE_REPLACED
Author:
Karim El-Gawhary
Date:
Mail:
Send via mail

END_OF_DOCUMENT_TOKEN_TO_BE_REPLACED
Social media
and networks
Subscribe to our
newsletter