The more differentiated the analysis, the more difficult it is to read. That's why simplified explanations sell better, above all when they come across as self-critical – or in other words anti-western. The war in Syria is then reduced to a choice between regime change imposed by the West, a scuppered pipeline deal, or an anti-Iran intervention.

Significantly, Syrians barely crop up in these geo-strategic simulations involving secret service documents and commodities – not as actors, at least, and at most as victims of abuse and manipulation. As a result, the authors of these accounts demonstrate the exact same thing they set out to criticise: a profoundly paternalistic viewpoint. As though without the CIA, Syrians would not be in a position to rise up against an unjust regime.

The "good" versus "evil" mindset

It is first and foremost those on the left of the political spectrum and members of the peace movement who like to pick up on ideas about regime change and pipelines, because they fit into their decades-old mindset of "good" (anti-capitalist East) and "evil" (commodity-hungry imperialist West). At the same time, especially asocial aberrations of unbridled capitalism can now be found in Russia and China, while Syria represents neoliberalism and nepotism in its purest form.

Besides, there is in principle no such thing as good and evil in international politics, just interests. From a foreign policy point of view, each and every head of state pursues the interests of his or her own country or their own client base – whether Donald Trump or Kim Jong Un, Angela Merkel or Vladimir Putin. Any moral supremacy arises at most from the choice of means in the assertion of these interests, as this must take international law into account, something leaders on all sides seldom do. 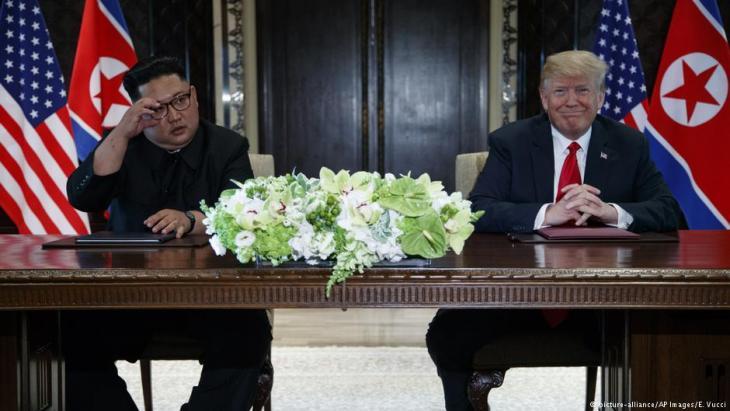 Tactical manoeuvering: in principle, there is no such thing as good and evil in international politics, just interests. In foreign policy, every head of state pursues the interests of his country or clientele – be be Donald Trump or Kim Jong Un. Any moral supremacy arises at most from the choice of means used to assert said interests, as this must take international law into account, something leaders on all sides seldom do

Nevertheless good and evil do exist in Syria, after all whenever humans act, moral standards very much apply. A doctor who smuggles medication into a no-go area is doing something good; a mercenary who lines his pockets at a checkpoint is not.

Intelligence agency directors who regard sadistic torture in their detention centres as a legitimate intimidation method are perceived as pretty evil from a humane (not western) standpoint. Just like rebel leaders who act out their need for revenge on captive soldiers. An unarmed young man demonstrating for liberty is better than the soldier that fires on him, or his superior who forces him to do it.

We are in danger of losing this moral compass with regard to Syria if we pretend to know nothing, claiming that all sides have merely tried to influence our perception with manipulation and orchestration. We will end up confusing perpetrators and victims, thereby rendering a service to those truth-deniers who thankfully fall upon every Internet rumour to turn the Assad regime from perpetrator to victim. In this way, some pseudo-leftists have customised the Syrian conflict to fit their ideologised world view that pits a "democratically legitimate Syrian government" against "western imperialism".

Which brings us back to the truth. In this conflict, there are many facts that are beyond denial. The Syrian president is not legitimised through elections, as these are neither free, secret nor equal. For 43 years, the Assads had themselves confirmed in office via referendum with no opposing candidates. The entire electoral process from registration through to vote-counting is in the hands of the regime.

Looking outwards with the knowledge from within: a conversation with the Iraqi writer Sinan Antoon on the future of his homeland. Interview by Lena Bopp END_OF_DOCUMENT_TOKEN_TO_BE_REPLACED

Political analyst Taqadum al-Khatib argues that Egypt can, in co-ordination with its European partners, develop a common vision to solve the complex conflict in Libya. For this to ... END_OF_DOCUMENT_TOKEN_TO_BE_REPLACED

At the suggestion of his Arab students, Israeli psychologist Ofer Grosbard created the project "Quranet", which uses texts from the Koran to solve educational problems in schools ... END_OF_DOCUMENT_TOKEN_TO_BE_REPLACED

Libyans have mixed feelings about the EU. On the one hand, they admire what Europeans have achieved, but on the other, they feel let down. Moutaz and Walid Ali report from Tripoli END_OF_DOCUMENT_TOKEN_TO_BE_REPLACED

Turkey's President Erdogan wants to create a second Bosphorus. The cost to the economy and environment would be enormous – and that's why Istanbul's mayor is attempting to stop ... END_OF_DOCUMENT_TOKEN_TO_BE_REPLACED

Libya is in turmoil and no political solution is in sight. The EU's inability to take concerted action in the country, meanwhile, is being exploited by third parties, such as ... END_OF_DOCUMENT_TOKEN_TO_BE_REPLACED