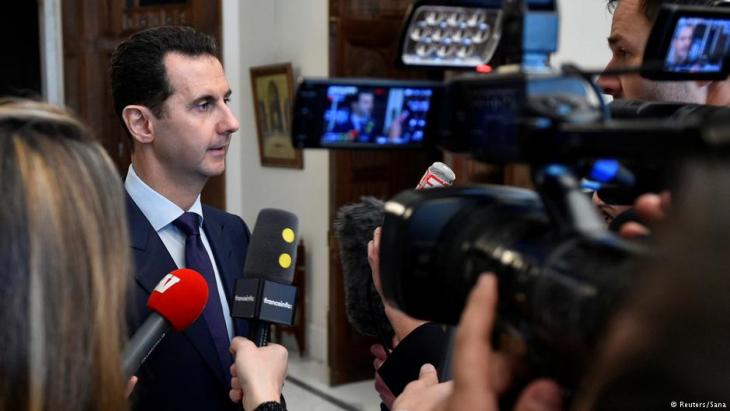 Facts must be respected – even in Syria!

Amid the increasing complexity of the Syrian conflict, a growing number of "critical citizens" are assigning greater credibility to conspiracy theories on the Internet than to UN investigations that are required to meet scientific standards. Essay by Kristin Helberg

How often have you heard it said that truth is the first victim of war? And that – in the Syrian conflict for example – no side can be trusted as they're all simply spreading propaganda and waging a "war of images"? Probably very often. Until some newspaper readers and television viewers decided to no longer believe anything.

And some journalists resignedly turned to reporting on anything deemed to be newsworthy. Toxic gas attack in Syria? "It was Assad", say some, "it was the rebels", others claim.

Ultimately all that's left is the sense of not being able to know anything for sure, because this war presided over the death of truth a long time ago. We've already stumbled into the trap. The trap set by conspiracy theorists and disseminators of fake news, whose most ardent wish is to see anything that was ever investigated, researched, and proven end up in the post-factual graveyard. Where its grave is filled up with so many "alternative facts" that no-one knows anymore what – and above all – whom to believe and hardly anyone is bothering to dig for the truth.

But the truth does exist – and in war, most particularly. After all, it is here that crimes occur that have perpetrators and victims, so that their clarification only brings to light one truth – namely the details of the crime itself.

Don't carry the truth to the grave

The sentence about truth being the victim of war originates from the year 1914. It means that irrespective of the facts, warring parties like to spread their versions of events. This should not result in us carrying truth to the grave, but on the contrary, encourage us to search for it.

But is truth not relative? Doesn't everyone have their own truth? No, everyone has their own perception, their own viewpoint of particular events. In war, this distinction is fundamental: truth can be objectively determined, perception is subjective.

There are as many versions of the war in Syria as there are Syrians. Everyone has good reason to see things the way they do – depending on where and how they have experienced the war. Anyone living on the coast without fear of air raids, or in relative security in the northeastern Kurdish territories, has a different viewpoint to residents of eastern Ghouta or eastern Aleppo, locked in a battle with the regime for years. 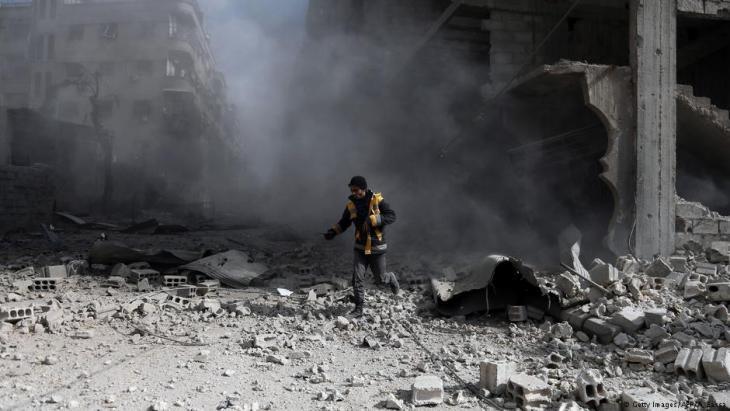 Regions turned to rubble: there are as many versions of the war in Syria as there are Syrians. Everyone has good reason to see things the way they do – depending on where and how they have experienced the war. Anyone living on the coast without fear of air raids, or in relative security in the northeastern Kurdish territories, has a different viewpoint to residents of eastern Ghouta or eastern Aleppo, locked in a battle with the regime for years

Those who have become acquainted with freedom and self-determination in opposition-held regions are going to have different expectations to those people who suffered for four years under the so-called "Islamic State" (IS), only to be subsequently bombed by the United States.

Moreoever, the Syria conflict also features the assessments of so-called experts. While these should also not be confused with the truth, they are a fundamental part of the overall debate. In the best case scenario, an expert knows the country personally, can speak the language, reads a variety of different sources and adheres to journalistic principles in his research.

Only then can he start trying to piece the puzzle together. Or in other words assess the many thousand pieces of information, opinions, views and reports on Syria on the Internet, contextualise and explain them.

A law is currently being debated in Morocco that would legalise the cultivation and export of medicinal cannabis. For many small farmers, this would bring considerable advantages ... END_OF_DOCUMENT_TOKEN_TO_BE_REPLACED

Recep Tayyip Erdogan, disappointed by the European Union’s reluctance to integrate Turkey into its ranks, has re-directed his country’s diplomacy toward the Maghreb and Africa to ... END_OF_DOCUMENT_TOKEN_TO_BE_REPLACED

Philosopher Juergen Habermas was due to be awarded a major Arab prize in Abu Dhabi, but has turned it down following criticism. This decision torpedoes Arab efforts at a ... END_OF_DOCUMENT_TOKEN_TO_BE_REPLACED

Although a unity government was formed in Libya in March 2021, tensions and possible crises between the political actors are already emerging. What problems does the country face ... END_OF_DOCUMENT_TOKEN_TO_BE_REPLACED

Among Muslims, the image of women as "cossetted hijab-wearing princesses" is frequently invoked. But Muslim women have long wanted to be more. In her essay, Karoline Roscher- ... END_OF_DOCUMENT_TOKEN_TO_BE_REPLACED

Even in times of war and pandemic, refugees are still being deported to Afghanistan. Several deportation flights have taken place in recent weeks alone. Since those affected often ... END_OF_DOCUMENT_TOKEN_TO_BE_REPLACED

END_OF_DOCUMENT_TOKEN_TO_BE_REPLACED
Social media
and networks
Subscribe to our
newsletter