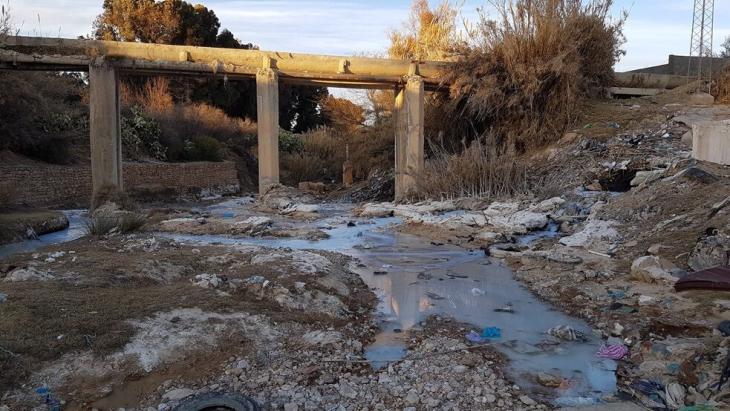 Since independence in 1956, Tunisia has gone to great lengths to mobilise its water resources. Its drinking-water supply rate and the number of households connected to sanitation are the highest in North Africa. But has Tunisia done enough to fend off the challenges posed by climate change? By Raoudha Gafrej

In Tunisia, the National Water Distribution Utility (SONEDE) and the General Directorate of Rural Engineering and Water Use (DGGREE) are responsible for ensuring the supply of drinking water in urban and rural areas respectively. Even before it set up a Ministry for the Environment, Tunisia was aware of the necessity to protect the environment and created relevant institutions at a relatively early stage, promulgating a variety of laws and standards that regulate all discharge of both wastewater or waste into the environment.

In 2016, the rate of drinking water coverage was 97.7% at national level, putting Tunisia at the top of the rankings in this area in North Africa. The average for rural areas in 2014 was, however, 92.2%. Moreover, there remains great disparity between these areas and other areas that have no access to water whatsoever, such as Kasserine Governate, where over 12,000 people are not connected to the water supply. In periods of drought, supplying water is problematic – even in urban areas.

In terms of sanitation, Tunisia has adopted a policy that seeks to develop the sector in order to improve the living environment of all Tunisians and, in particular, to allow for the re-use of the by-products of sewage treatment (using dry sewage sludge as an agricultural fertiliser, to generate electricity, or simply as a source of energy for cooking). With the help of state subsidies, considerable improvements in sanitation have been made in urban areas.

Rural areas, however, have not kept pace with this development. Overall, the connection of households to the public sanitation network increased from 73.8 percent in 2004 to 89.86 percent in 2015. Once again, this rate is above average for the region.

The state of water resources and the environment

Despite all this, the reality is that Tunisia is a country with low conventional resources, such as water. Given that most of the country is situated in an arid zone, the availability of water per annum and per inhabitant has now been below the absolute water scarcity threshold of 500 m3 per year per inhabitant for over 30 years. 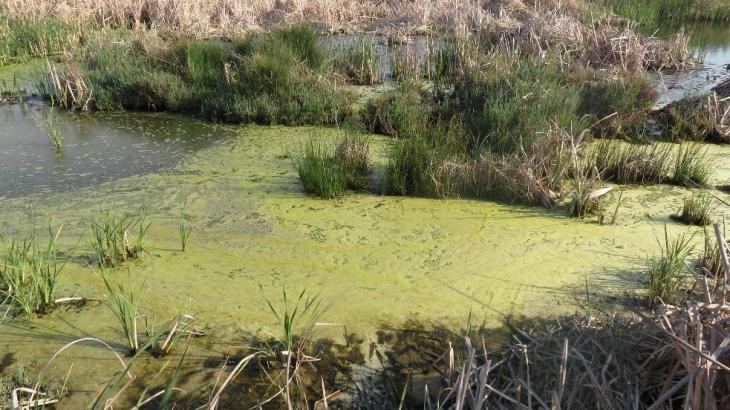 Polluted water courses: the low level of sanitation coverage in rural Tunisia is responsible for the pollution of discharge environments (such as wadis) by wastewater. What's more, only 50 percent of wastewater treatment plants supply treated water that meets wastewater standards. This in turn increases the pollution of both the environment and the sea, which is the final place of discharge for domestic water

You may also like: How are Middle East countries coping with climate change?

At present, 92 percent of the surface water potential in Tunisia has been exploited. In the process, ecosystems, which are the primary users of water, have been weakened. By way of example: six major dams built on the six main watercourses around Lake Ichkeul have deprived the lake of the essential resources that kept things in equilibrium. This has resulted specifically in a decrease in the migratory bird populations that depended on it.

What's more, for more than 25 years, a thousand million dinars have been allocated to water and soil conservation works, such as the diversion of water and the creation of a zone where spraying is permitted. The aim of these works was to increase agricultural production by maintaining soil fertility, reducing soil loss, and thereby also reducing erosion and the risk of sediments accumulating in dams.

Nevertheless, at present, 3.5 million hectares are threatened by erosion. Moreover, every year, Tunisia loses about 25 million m3 of water because of dam sedimentation. It is worth remembering that soil is of prime importance as a water reservoir for rain-fed agriculture and, consequently, for the Tunisian economy. The reason for this is that of the average 36 billion m3 of water available to Tunisia every year, only 4.2 km3 is potentially renewable, while 11.5 km3 of rainwater is retained by soil, forests and rangeland.

Although many Arabs express sympathy for the Ukrainian people, social media reveals a current of support for Russian President Vladimir Putin that is rooted in polarisation, ... END_OF_DOCUMENT_TOKEN_TO_BE_REPLACED

As Pride Month draws to a close, Richard Marcus delves into Saqi Books’ latest publication, "This Arab is Queer". Edited by Elias Jahshan, this anthology of essays is remarkable ... END_OF_DOCUMENT_TOKEN_TO_BE_REPLACED

Algeria's decision to unilaterally sever diplomatic ties with Morocco in August 2021 – days after the presidency announced in a statement their relations would be reviewed – was ... END_OF_DOCUMENT_TOKEN_TO_BE_REPLACED

Madrid's about-face on the Western Sahara conflict has enraged Algeria. Trade relations have been frozen unilaterally and a cut in gas supplies to Europe could be in the pipeline ... END_OF_DOCUMENT_TOKEN_TO_BE_REPLACED

With regard to gender justice, things look bleak in the Arab world. Laws typically discriminate against women, while national legislation all too often does not comply with the ... END_OF_DOCUMENT_TOKEN_TO_BE_REPLACED

END_OF_DOCUMENT_TOKEN_TO_BE_REPLACED
Social media
and networks
Subscribe to our
newsletter