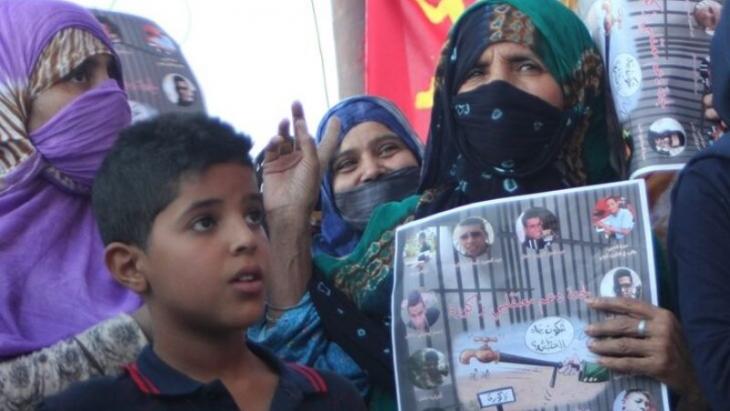 When residents of Zagora in southern Morocco protested in 2017, demanding the right to safe drinking water, the authorities arrested twenty-three of them in what became known as the "thirst revolution". The residents of Zagora and its environs, however, continue to suffer from a water shortage. By Ilhalm Al-Talbi

"I spend hours in front of this small well, for a few litres of water. It’s barely enough for me to drink ... I no longer think of washing myself. That is something my children and I can only dream about." That's how Aisha, a 45-year-old housewife, describes the impact of the water crisis on her life.

The scarcity of water haunts the inhabitants of Zagora, which is in Morocco's southeast on the border with Algeria. Aicha, who lives in "the parched district" of Zagora, adds: "We stand at the wells and wait for long hours, especially in summer. Our suffering is multiplied when we don’t find water for drinking or even cleaning. It has even led to our children getting ill."

Owing to the drought and the desertification, most of the town's menfolk have moved away from Zagora in order to seek jobs in the cities. The women and children are left behind to deal with the shortage of water. Fatima, a 60-year-old woman who also lives in the parched district says: "Our men left home to find a living, and it’s us women who have to cope with the rise in temperature and the thirst. All we think about is water. It is everything to us….it is a struggle we face every day."

Demanding their right to drinking water

In 2017 the first spark of the "thirst revolution" in Zagora erupted in the parched district. The residents turned out to demand their right to drinking water. This resulted in the arrest of twenty-three of them and the state prosecutor brought charges against them of "gathering and engaging in an unauthorised march". 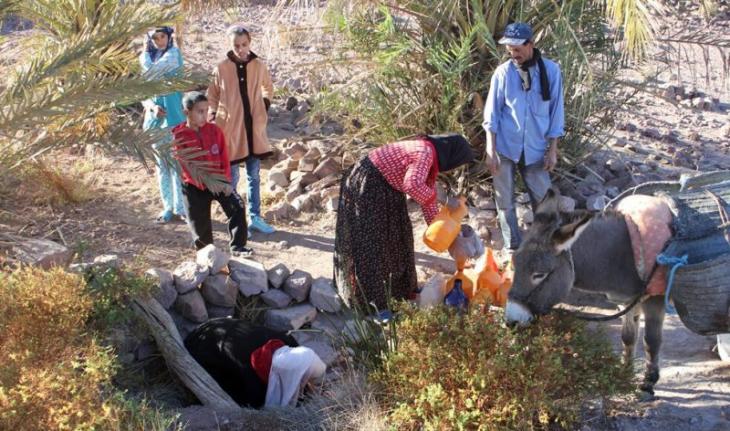 Haunted by the lack of water: owing to the drought and the desertification, most of the town's menfolk have moved away from Zagora in order to seek jobs in the cities. The women and children are left behind to deal with the shortage of water. Fatima, a 60-year-old woman who also lives in the parched district says: "Our men left home to find a living, and it’s us women who have to cope with the rise in temperature and the thirst. All we think about is water"

You may also like: Climate change consequences for the Islamic world – Of infernal proportions

In response to the crisis, the Association of the Friends of the Environment (Zagora) is working to find environmental solutions that will provide residents with access to safe drinking water.

"We organised seminars and study days to discuss the crisis, and we ended up with a set of recommendations, ideas and insights which were addressed to all concerned," says Jamal Akchbab, the association's president. "We worked to educate the population about the importance of water rationing. We also wrote to the authorities to warn them of the repercussions of the crisis in the region in terms of human life, flora and fauna."

The association held a series of meetings to explain to residents and officials the implications of climate change for the region.

Jamal Akchbab adds: "The most important manifestations of climate change that the region is facing are record high temperatures, low rainfall, increasing desertification, soil salinity and the risk of seasonal flooding."

Sultana Khaya, 41, has been peacefully resisting the Moroccan occupation of Western Sahara for many years. Because of her campaign to assert the self-determination of the Sahrawi ... END_OF_DOCUMENT_TOKEN_TO_BE_REPLACED

Back in 1995, when The Times asserted Islam was to blame for the poor levels of education among women in the Muslim world, Mohammad Akram Nadwi began scouring ancient Arabic ... END_OF_DOCUMENT_TOKEN_TO_BE_REPLACED

Since Spain abandoned its traditional neutrality towards the conflict in Western Sahara, Morocco has announced a "new phase" in relations between the two countries. But what is ... END_OF_DOCUMENT_TOKEN_TO_BE_REPLACED

Tunisia's president has been carrying out a coup by degrees, demolishing the country's hard-fought democratic gains bit by bit. With an economy in turmoil and a splintered ... END_OF_DOCUMENT_TOKEN_TO_BE_REPLACED

The German government is planning to legalise cannabis before the end of this legislative period. So what does Islam have to say about its consumption? Will changing the law alter ... END_OF_DOCUMENT_TOKEN_TO_BE_REPLACED
Author:
Ilham Al-Talbi
Date:
Mail:
Send via mail

END_OF_DOCUMENT_TOKEN_TO_BE_REPLACED
Social media
and networks
Subscribe to our
newsletter