To mark the 60th anniversary of the German-Turkish recruitment agreement, the Ruhr Museum is exhibiting photographs by Istanbul photographer Ergun Cagatay. By Ceyda Nurtsch 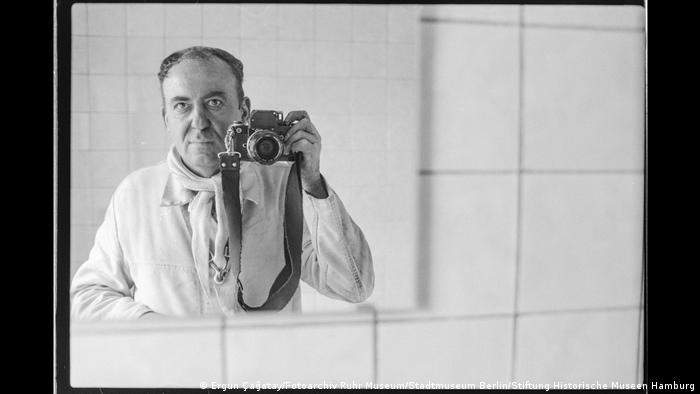 Self-portrait: in 1990, Istanbul-based photographer Ergun Cagatay took thousands of photographs of people of Turkish origin in Hamburg, Cologne, Werl, Berlin and Duisburg. These will be on display from 21 June to 31 October at the Ruhr Museum as part of a special exhibition, "We are from here: Turkish-German Life in 1990". Here he's seen in a self-portrait in pit clothes at the Walsum Mine, Duisburg 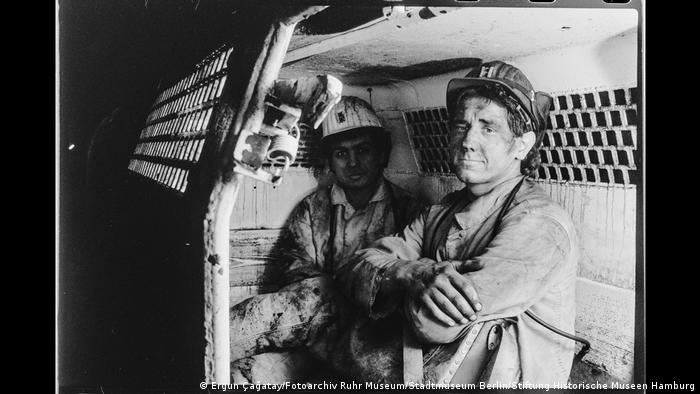 Seeking their fortune: two miners shortly before the end of their shift in an old-style passenger car at Walsum Mine, Duisburg. Due to a rapid economic upturn in the 1950s, Germany faced a shortage of trained workers, especially in agriculture and mining. Following the 1961 recruitment agreement between Bonn and Ankara, more than 1 million "guest workers" from Turkey came to Germany until recruitment was stopped in 1973 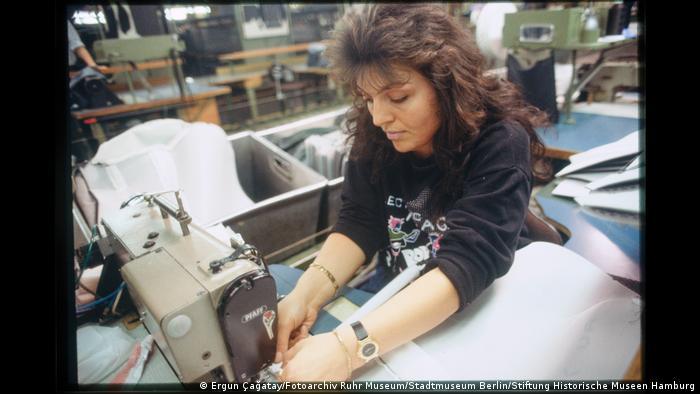 Germany's economic miracle: shown here is the upholstery production at the Ford automobile plant in Cologne-Niehl. "Workers have been called, and people are coming," commented Swiss writer Max Frisch back then. Today, the Turkish community, with some immigrants' families now in their fourth generation, forms the largest ethnic minority group in Germany, with 2.5 million people 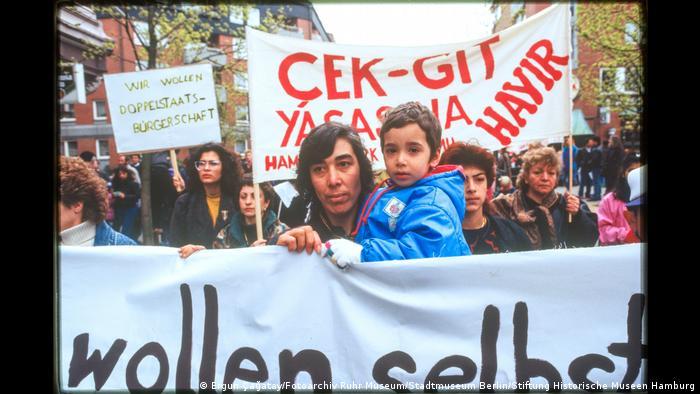 Demanding more rights: during his three-month photo expedition through Germany, Cagatay experienced a country in transition. Between the fall of the Berlin Wall and reunification, Germany was in the process of becoming a multicultural society. Here a demonstrator is seen at a rally against the draft of the new Aliens Act, in Hamburg on 31 March 1990 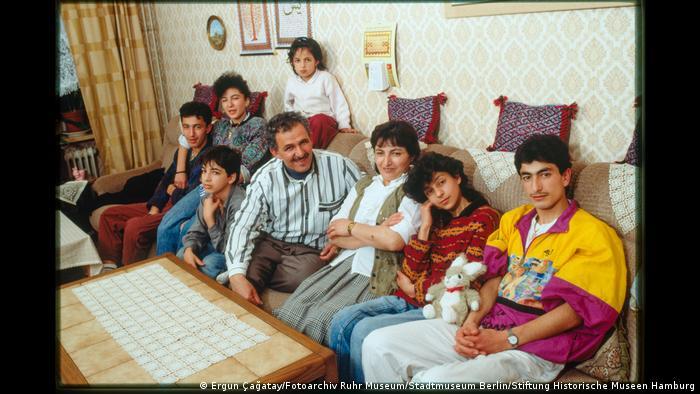 At home: the photos provide an insight into the diversity of Turkish-German life. Seen here is the eight-member family of Hasan Huseyin Gul in Hamburg. The exhibition is the most comprehensive coverage on Turkish immigration of the first and second generation of "guest workers" 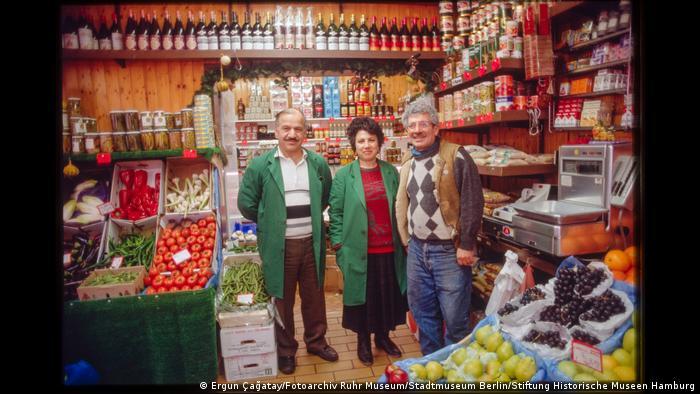 Taste of home: today, foodstuffs like olives and sheep's cheese are easily found in Germany. Previously, the guest workers loaded their cars with food from home during their trips back. Slowly, they set up their culinary infrastructure here in Germany, to the delight of all gourmets. Here we see the owners of the Mevsim fruit and vegetable store in Weidengasse, Cologne-Eigelstein 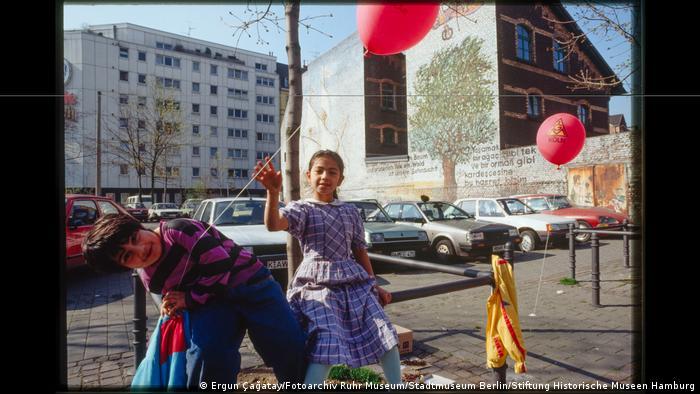 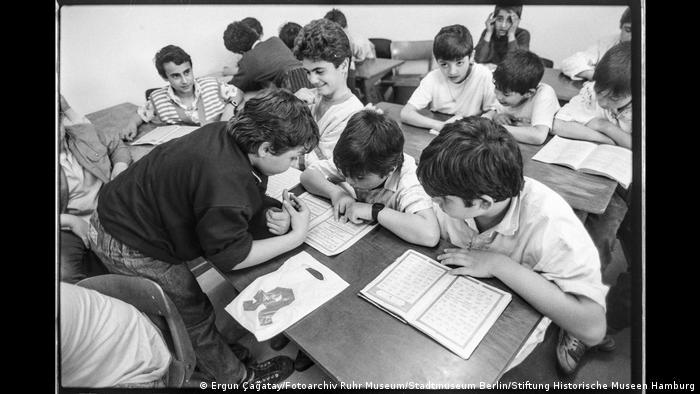 Koran lessons: at the Koran school of the Fatih mosque in Werl, children learn Arabic characters to be able to read the Koran. It was the first newly built mosque with a minaret in Germany that was open at the time. People no longer had to go into the backyard to pray 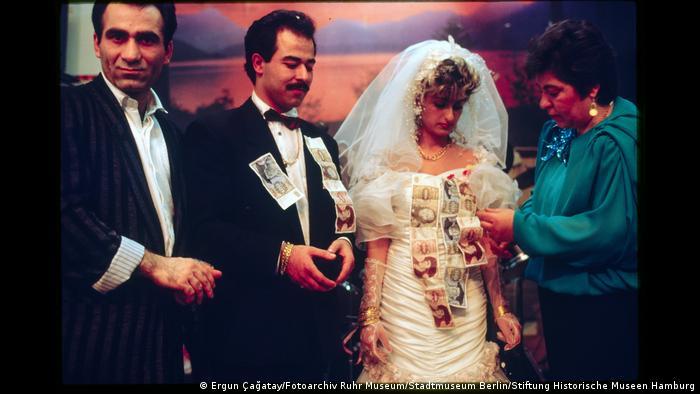 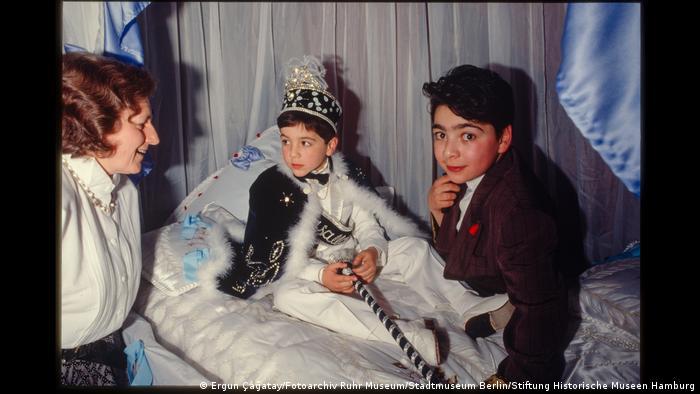 Traditions are maintained in the new homeland too: here at a circumcision party in Berlin Kreuzberg, "Mashallah" is written on the boy's sash. It means "praise be" or "what God has willed". This exhibition is sponsored by the German Foreign Office, among others. In addition to Essen, Hamburg and Berlin, it is also being held in co-operation with the Goethe Institute in Izmir, Istanbul and Ankara

END_OF_DOCUMENT_TOKEN_TO_BE_REPLACED
Social media
and networks
Subscribe to our
newsletter