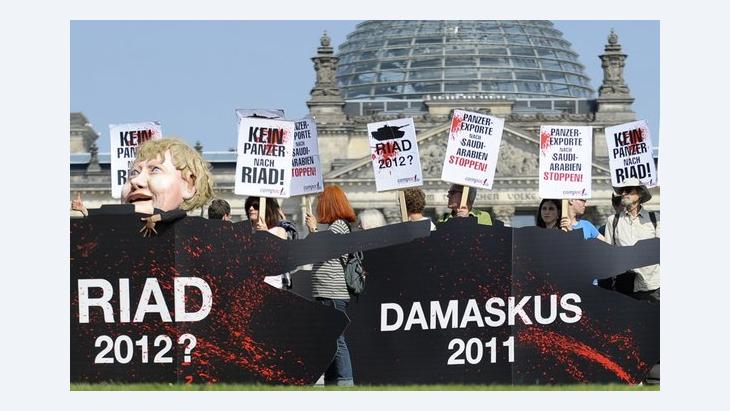 The Middle East and North Africa region is the most militarised world region. It spends five percent of gross domestic product on arms on average. The global average is only two percent. In regard to military procurement, the revolutions have not made a difference. By Sheila Mysorekar

The Arab spring has blossomed to different stages in different countries of the Middle East and North Africa (MENA) region. There is relative stability in Tunisia, Libya and Egypt, with elected governments, albeit with social unrest. Civil war is raging in Syria, and the opposition is being suppressed in other countries like Bahrain. Meanwhile, western countries continue to supply the region with weapons and surveillance technology.

Jerry Sommer, a journalist, says that the US is keen on keeping Iran at bay as a regional power. In his view, the geopolitical balance has slightly changed to the disadvantage of the USA because of the Arab spring. He argues that the authoritarian Gulf States, in spite of being allied with the West, support anti-western religious fundamentalists in the countries where governments were toppled.

In 2012, German arms shipments to the Gulf States were twice as big as in 2011, according to the Federal Ministry for Economic Affairs. Germany exported military goods worth € 1.2 billion to Saudi-Arabia alone. Exports to Algeria have risen considerably too.

Dynamics of militarization in the Arab world

Marc von Boemcken, an arms expert at the Bonn International Center for Conversion, BICC, maintains that the revolutions have not substantially changed the dynamics of militarization in the Arab world. Germany is contributing to the arms build-up more than ever, he says. Rheinmetall, a private-sector company, is planning to have 2,000 tanks built in Algeria for instance. 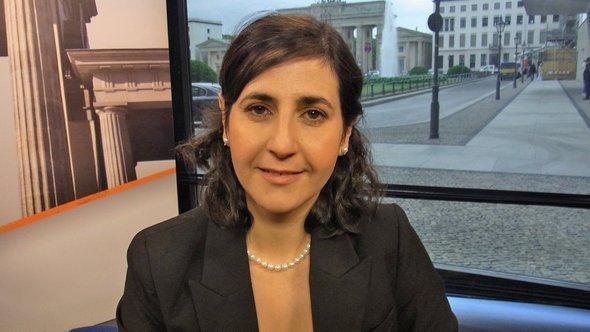 In Syria, the military is a major player in business because it owns construction and other companies. According to Salam Said from the University of Bremen, this means that the military is financially independent from political influence

​​Von Boemcken points out that – unlike military equipment – surveillance technology is not subject to export restrictions. He says that German companies like Siemens/Trovicor are allowed to sell unlimited amounts of electronic devices to repressive regimes. He adds that such technology enables authoritarian governments to monitor the mobile phones of their citizens, for example. Syria was given a lot of its surveillance technology from companies in France, Italy and Germany.

The situation in Syria is particularly complicated, says Salam Said from the University of Bremen, because many ethnic and religious groups are fighting for power and influence. She thinks it is crucial that the Syrian military, like its counterparts in other countries of the region, is a major player in business because it owns construction and other companies.

To a certain extent, the scholar says, this means that the military is financially independent from ministries when it comes to buying weapons and spy technology. Syria spends 5.9 % of GDP for arms procurement, even more than the MENA average.

In Egypt, the military has been pro-western for a long time. The Muslim Brotherhood is basically anti-western, but regarding economic issues, the new government is taking a free-market approach. Ahmed Khjalifa, a political scientist and photo journalist at BICC, reports that both sides now fear their own people, which is why they are trying to build bridges among one another. In a region brimming with weapons, that may be the best hope for a peace.

The Kurds are under attack from two sides: from Turkey, and from Iran. The situation in their territories in northern Iraq is becoming increasingly desperate. Birgit Svensson ... END_OF_DOCUMENT_TOKEN_TO_BE_REPLACED

More than 300 children in rebel-held northwest Syria kicked off their own football World Cup on Saturday, with organisers hoping to shine a light on communities battered by 11 ... END_OF_DOCUMENT_TOKEN_TO_BE_REPLACED

Lamya Kaddor, MP for Germany’s Green Party, visited Qatar with a group of parliamentarians. In interview with Claudia Mende, she advocates a differentiated picture and urges that ... END_OF_DOCUMENT_TOKEN_TO_BE_REPLACED

Arabs in the German capital? For many, this means criminal clans. Yet the city is home to a vibrant intellectual scene. Exiles from Syria, Palestine and Egypt are gathering to ... END_OF_DOCUMENT_TOKEN_TO_BE_REPLACED

After a two-year hiatus, the Arab League re-convened at the beginning of November in Algiers against a backdrop of uncertainty and discord. By Pierre Boussel END_OF_DOCUMENT_TOKEN_TO_BE_REPLACED

In the run-up to the COP27 global climate summit, hosted by Egypt in November, it is worth noting that little rainfall, aggressive heatwaves and worsening drought make the Middle ... END_OF_DOCUMENT_TOKEN_TO_BE_REPLACED
Author:
Sheila Mysorekar
Date:
Mail:
Send via mail

END_OF_DOCUMENT_TOKEN_TO_BE_REPLACED
Social media
and networks
Subscribe to our
newsletter