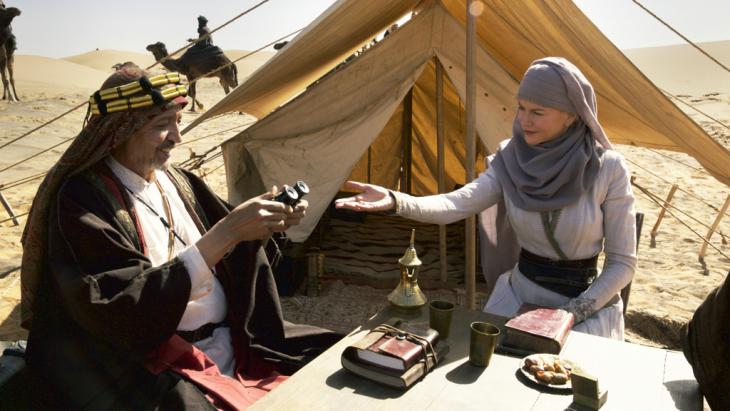 "Queen of the Desert″ tells the life-story of eccentric explorer Gertrude Bell. This well-bred Englishwoman was drawn to the Middle East at the turn of the last century. It’s the first time that Werner Herzog has made a female character the main focus of one of his films. The result is disappointing. By Jochen Kürten

When making "Queen of the Desert", Werner Herzog must have envisioned a kind of female "Lawrence of Arabia". After all, David Lean's 1962 film remains one of the most moving and impressive screen epics ever produced.

Moreover, even for a jetsetter like Werner Herzog, the biography of the widely-travelled Gertrude Bell (1868-1926), the British researcher, archaeologist and intelligence officer on whose life "Queen of the Desert" is based, would have proved fascinating.

Expectations rose when it was announced that superstar Nicole Kidman would be playing the title role in "Queen of the Desert", teaming up with co-stars James Franco and Damian Lewis, not to mention teen heartthrob Robert Pattinson ("Harry Potter," "Twilight") in the role of T. E. Lawrence.

A woman before her time

The life of Gertrude Bell, a woman who braved areas of the Middle East generally avoided by her male colleagues, offers plenty of material for cinematic flights of fancy. It was Bell who explored Asia Minor and the Arab world, including modern-day Iraq and Syria. Following the First World War, she worked for the British secret service and participated in the negotiations that shaped the region′s political borders.

What more could a bold director like Werner Herzog ask for? A woman – ahead of her time, academically head and shoulders above the male competition and still widely respected in Iraq today. 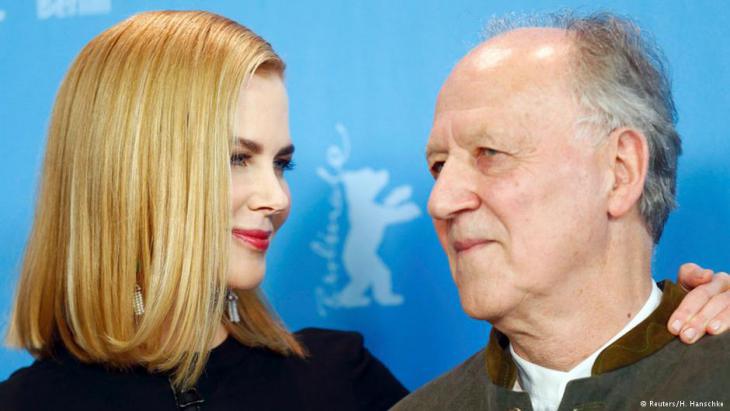 Herzog may have stuck to the historical facts - but his characters are clunky and shallow. Superstar Nicole Kidman in the title role drifts through the desert like a perfectly coiffed angel

Hence the disappointment when the film premiered at the Berlinale film festival in the German capital earlier this year. At the screening for industry members, some of the scenes met with audible derision – though the tone was friendlier at the gala premiere attended by the director and the cast that evening.

Herzog's desert epic is an utter failure. There's no other way to put it. Why? In the film that opened in German cinemas on 3 September, the director merely concentrated on the period prior to the outbreak of World War I – despite the fact that the subsequent redefinition of the region′s borders would have a tremendous impact, triggering decades of conflict.

Historical epic from a bygone age

"Queen of the Desert" is like a historical epic from a bygone age. At best, the characters are one-dimensional. The Brits are dashing and sophisticated; the Arab leaders are devious and gullible. And the portrayal of Winston Churchill is sheer caricature.

In this man's world, Gertrude Bell (Nicole Kidman) prevails. Herzog may have stuck to the historical facts - but his characters are clunky and shallow.

Yet the cast also bears some of the blame. Superstar Nicole Kidman – as familiar to us for her cosmetic endorsements as for her big screen appearances in recent years – drifts through the film like an exquisite angel, but is less than convincing in the role of the gutsy, independent Gertrude Bell. Kidman is only outdone (and not in a positive sense) by co-star Robert Pattinson, who gives a rather lacklustre performance as Lawrence of Arabia.

Perhaps the most incredible thing about "Queen of the Desert" is that it was made by the cinematic virtuoso Werner Herzog – a director all too familiar with epic treks and a reputation for plumbing the depths of human nature. Herzog has presented film audiences with some extraordinary characters down the years – think of "Aguirre" and "Fitzcarraldo" – characters which bordered on the bizarre but were imbued with a lust for adventure. In this case, however, Herzog is lacking the eccentric productivity of actor Klaus Kinski, who starred in both those films.

The filmmaker didn't set out to make political-historical cinema. Ahead of the German premiere of "Queen of the Desert" in February, he exclaimed that had he wanted to send a message, he would either have become an ambassador or a postman. Admittedly a sarcastic response to a question about the film′s contribution to intercultural understanding.

Herzog chose a different approach. And there’s nothing wrong with that. After all, many films in the past have failed while pursuing a well-meaning political vision. In "Queen of the Desert" Herzog preferred to rely on melodramatic effects, overwhelming images and the theatrical concentration of historical events.

Nothing more than a pot-boiler

The only problem is, it didn't work. The melodrama he aspired to create is nothing more than a pot-boiler. The cinematography is nice, but watch a documentary and you’ll see the same images. His theatrical concept is undercut by the actors' weak performances and a lack of character development. It must be torture for Werner Herzog fans to watch "Queen of the Desert."

He prays every night that no one will write his biography, Herzog quipped recently while shooting in Santa Cruz, Bolivia. "I don't want to know who's behind this face," he added cryptically.

Perhaps he should have taken that to heart when considering the thrilling and edifying life of British adventurer Gertrude Bell.

Home
Print
Newsletter
More on this topic
Gertrude Bell's Orient Travels: Escape from the Tight Corset of the Modern AgeHistorical Travelogues by Women: Lugging a Piano to KhartoumThe Legend of Lawrence of Arabia: The Recalcitrant HeroLawrence of Arabia: Scratching the Surface of the MythThe German archaeologist and explorer Max von Oppenheim: Enchanted by the Myth of the Orient
Related Topics
Cinema, Colonialism, Islam and the West, Travel, Travels in the Orient
All Topics

The past enthusiasm of the Egyptians lives on in the Iraqis of today. But just as they were nine years ago in Cairo, current prospects in Baghdad are dim. A comparison by Birgit ... END_OF_DOCUMENT_TOKEN_TO_BE_REPLACED

Insults directed against Egyptian President Abdul Fattah al-Sisi have been particularly prominent among the hundreds of chants by Arab protestors in Algeria, Sudan, Iraq and ... END_OF_DOCUMENT_TOKEN_TO_BE_REPLACED

Political analyst Taqadum al-Khatib argues that Egypt can, in co-ordination with its European partners, develop a common vision to solve the complex conflict in Libya. For this to ... END_OF_DOCUMENT_TOKEN_TO_BE_REPLACED

The upheavals of the past year in the MENA region are arguably as momentous as those of the Arab Spring in 2011. Yet perhaps the biggest difference is that our interest seems to ... END_OF_DOCUMENT_TOKEN_TO_BE_REPLACED