Compulsory Reading for Germany's Guardians of the Constitution

Werner Schiffauer, who has pioneered cultural anthropological research into Turkish people in Germany, has taken the Islamic movement Milli Görüs as the subject of his new book. His analysis is more balanced than his critics claim. Susanne Schröter read the book

​​ Secular revolutionaries who embarked on their long march through enemy institutions were ultimately absorbed, shaped, and moulded by the institutions they joined, and their subversive rhetoric watered down into easily digestible reform programmes. Does the same fate await Islamist fanatics? Werner Schiffauer, professor of cultural anthropology at the European University Viadrina in Frankfurt an der Oder who specialises in migration research, is convinced that it does. Schiffauer makes a case for his theory in his new book, which is revealingly entitled Nach dem Islamismus (After Islamism).

On the basis of an in-depth analysis of Milli Görüs' history, Schiffauer outlines the considerable ground covered by this Islamic movement in its transition from an anti-Western organisation that focussed on Turkey and upheld a crude Islamist ideology to a pragmatic lobby group that represents the interests of German-Turkish Muslims and has found its place in democratic society.

This development is primarily the work of young intellectuals who were born and raised in Germany and who feel very much at home with the German language and the prevailing political culture. Schiffauer's protagonists are still devout Muslims; however, they appreciate the political system in the Federal Republic or even claim to have discovered that democracy and the social market economy are the epitome of the Islamic ideal of justice.

This, at least, is the kind of thing said by Oguz Ücüncü, the smart secretary-general of the movement, who is the perfect embodiment of Schiffauer's theory. Schiffauer refers to Milli Görüs' young cadre as "post-Islamists" and describes them as the Muslim equivalent of the "Junge Union", the youth branch of Germany's ruling Christian Democrat party. Moreover, in retelling their story, he suggests that Islamism actually overcomes itself through its contact with democracy.

Mouthpiece of the Islamists?

The fact that Schiffauer's theory has not been greeted by universal approval does not come as a surprise. In the past, Milli Görüs has repeatedly been the focus of investigations by the police, public prosecution, and the Federal Office for the Protection of the Constitution and is still accused of being involved in subversive Islamist and criminal activities, including the provision of support for the Palestinian Hamas. 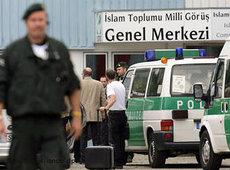 According to Susanne Schröter, Werner Schiffauer does not seek to trivialise Milli Görüs, which has repeatedly been accused of involvement in subversive Islamist and criminal activities, but to paint a more realistic picture of how it operates

​​ In Bavaria, the dispute about the showcase mosque in Penzberg centres on supposed contact between the imam and Milli Görüs. Federal Minister of the Interior Thomas de Maizière decided not to invite the Islamic Council of Germany, which is dominated by Milli Görüs, to take part in the German Conference on Islam.

Schiffauer, who has always called for a more relaxed attitude to Milli Görüs, has been accused of not maintaining the necessary critical distance to the object of his research. His critics claim that he has not only been taken in, but has also become a mouthpiece of the Islamists, fallen for their cover-up tactics, and is no longer capable of recognising the wolf in sheep's clothing.

This criticism is not very convincing. Academically speaking, no fault can be found with either Schiffauer's methods or the conclusions he draws from his empirical data.

On the contrary, over the course of a number of years, the author has, in accordance with best ethnological practices, conducted long-term participatory observations within Milli Görüs and has entered into a process of understanding that has given him insights that would not otherwise have been possible from a greater distance. He then dissected these observations both historically and socio-scientifically and has classified them. All of this is sound cultural anthropological methodology.

The fact that he makes no secret of his standpoint and takes the reader with him on his journey of discovery into the unknown world of Milli Görüs instead of using quantitative data to create the impression of seemingly objective certainty is standard practice in his discipline.

More balanced that his critics give him credit for

When seen in the light of international research into Islamism, Schiffauer's approach is, as a matter of fact, in no way spectacular. Academics like Gilles Kepel, Olivier Roy or Nilüfer Göle already identified the failure of political Islamism several years ago. Just like Schiffauer, they see young, well educated entrepreneurs, intellectuals and those involved in creating culture as the heirs of failed Islamist revolutions – who are successfully walking the tightrope between Islamic values and a more secular modern life. 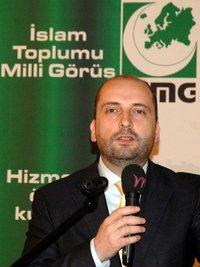 The secretary-general of Milli Görüs, Oguz Ücüncü, which Schiffauer labels "post-Islamist". These young people appreciate Germany's political system and even claim to have discovered that democracy and the social market economy are the epitome of the Islamic ideal of justice

​​ So is all the fuss about Milli Görüs exaggerated? Or is it perhaps the expression of an anti-Islam attitude that some migration researchers have misleadingly termed "Islamophobia"? On this point, Schiffauer is much more balanced than his critics give him credit for.

He admits that there is no certainty about the true extent of the influence of these young democrats both now and in the future. He differentiates between three streams in today's Milli Görüs: a conservative community stream in which rural Turkish ideals are upheld; a young stream, whose protagonists are active both within the community and in majority society, but who maintain a relatively inflexible oppositional attitude; and finally a post-Islamist stream of insightful intellectuals, who have made themselves available for contact with academics because they seek "dialogue with humanists".

According to Schiffauer, because the post-Islamists' main area of influence is at the level of regional and national working groups, they are also shaping the external image of the organisation. At grassroots level and within the communities, however, it is the other two streams that dominate.

Those who are enraged by the headscarf are missing several points

Another problematic area is the cultural programme advocated by Milli Görüs. Schiffauer acknowledges that it would be a "misunderstanding to believe that the post-Islamic project will result in a 'liberal' Euro-Islam. The prevailing impression is more that the post-Islamic project derives its powers of persuasion towards critics in the Islamic world from the fact that it represents a strictly law-based Islam, i.e. an Islam that is based on the Sharia."

This is certainly cause for concern, especially when one considers international comparable cases with a view to understanding the consequences of a cultural Islamist strategy. Everywhere where cultural Islamism has asserted itself, it has changed societies in the long term. From Egypt to Indonesia, the pressure on Muslims to conform to the norm is increasing, women's freedoms are being restricted and rigid codes of behaviour are being introduced. 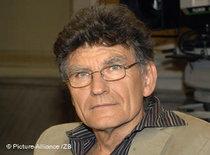 "Werner Schiffauer has set himself the task of identifying social realities in all their complexity and sharing these findings with those who read his books," writes Schröter

​​ In Germany, Milli Görüs activists try to get Muslim girls excused – or, to use their choice of word, "freed" – from swimming lessons and school trips. They quite frequently succeed. It is understandable that such attacks on gender equality, a principle that is anchored in Germany's constitution, set alarm bells ringing. There must be limits to the amount of things we accept in the name of cultural relativism, and these limits must be respected by all religious players, regardless of what faith they belong to.

In view of the fact that the issue of gender plays a key role in the debate about integration, it is only natural to take a closer look at Milli Görüs in this respect. Here too, instead of simple answers, one is faced with an aggravatingly varied and complex picture.

Schiffauer has pointed out in previous works that Milli Görüs' education and advice programme is well suited to triggering positive changes within families that are still marked by absolutely misogynist, rural patriarchal attitudes. For example, if a man uses religious grounds to forbid his wife from leaving the family home without him, but is advised by Milli Görüs that Islam does indeed permit women to leave the home and complete tasks independently as long as they wear a headscarf, then this must be considered empowerment. Those who are enraged by the headscarf are missing several points.

Werner Schiffauer has set himself the task of identifying social realities in all their complexity and sharing these findings with those who read his books. With his latest monograph, he has admirably succeeded in doing just that.

Although one does not have to agree with every one of his conclusions, one can hardly dispute that his portrayal of Milli Görüs has significantly enriched the discussion about Islam and integration and is ideally suited to correcting the perceptions peddled by the cassandras of this world.

Migration, Youth Violence and Islam
A Culture of Looking Carefully
Is the high level of violence among first, second and third-generation migrants in Germany really due to Islam? Absolutely not, argues the cultural anthropologist Werner Schiffauer in an interview with Claudia Mende

Milli Görüs
The Right to Be Different
The German internal security agency regards members of the Islamic Community Milli Görüs as politically suspect – and thereby forces them outside mainstream society. A mistake, as Werner Schiffauer argues

Germany's Islam Conference
State Islam Would Be Unconstitutional
The Muslims will have to organise if they want to ensure themselves of a place within the system of constitutional law on religion. In order to conduct negotiations on religious matters the neutral state requires someone to talk to. A commentary by canon lawyer Hans Michael Heinig

END_OF_DOCUMENT_TOKEN_TO_BE_REPLACED
Social media
and networks
Subscribe to our
newsletter