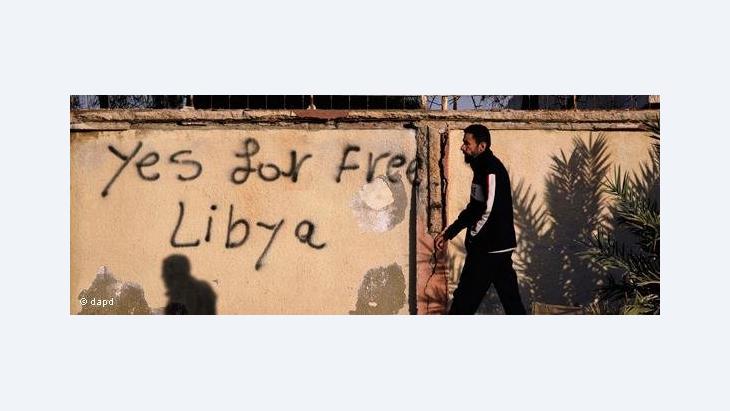 ﻿America's reluctance to be drawn into the Libyan quagmire, and the West's failure to intervene in order to stop the Syrian army from massacring civilians, now looks like a sad, and fairly accurate, guide to the future, writes Shlomo Ben Ami

The old vocation of what Rudyard Kipling called the "White Man's Burden" – the driving idea behind the West's quest for global hegemony from the days of imperial expansion in the nineteenth century to the current, pathetically inconclusive, Libyan intervention – has clearly run out of steam.

Politically and economically exhausted, and attentive to electorates clamoring for a shift of priorities to urgent domestic concerns, Europe and America are no longer very capable of imposing their values and interests through costly military interventions in faraway lands.

US Secretary of Defense Robert Gates was stating the obvious when he recently lambasted NATO's European members for their lukewarm response to the alliance's missions, and for their poor military capabilities. (Ten weeks into the fighting in Libya, the Europeans were already running out of munitions.) He warned that if Europe's attitude to NATO did not change, the Alliance would degenerate into "collective military irrelevance". 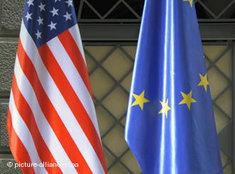 Hegemonic overstretch: Europe and America are no longer very capable of imposing their values and interests through costly military interventions in faraway lands, says Ben Ami

​​Europe's reluctance to participate in military endeavours should not come as a revelation. The Old Continent has been immersed since World War II in a "post-historical" discourse that rules out the use of force as a way to resolve conflicts, let alone to bring about regime change. And now it is engaged in a fateful struggle to secure the very existence and viability of the European Union. As a result, Europe is retreating into a narrow regional outlook – and assuming that America will carry the burden of major global issues.

But America itself is reconsidering its priorities. These are trying economic times for the US, largely owing to imperial overstretch financed by Chinese credit. Admiral Mike Mullen, the US Chairman of the Joint Chiefs of Staff, recently defined America's colossal fiscal deficits as the biggest threat to its national security.

Indeed, at a time of painful budget cuts – the US is facing a $52 trillion shortfall on public pensions and health care in the coming decades – the US can no longer be expected to maintain its current level of global military engagement.

But the fiscal crisis is not the whole story. The dire lessons of the wars in Iraq and Afghanistan will shape future debate about America's international role in the twenty-first century. At an address in February to cadets at the US Military Academy at West Point, Gates said that "any future defense secretary who advises the president to send a big American land army into Asia or into the Middle East or Africa should have his head examined". 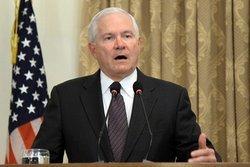 "Any future defense secretary who advises the president to send a big American land army into Asia or into the Middle East or Africa should have his head examined." – Robert Gates, US Secretary of Defense

​​Gates's recent statements are by no means those of a lonely isolationist in an otherwise interventionist America. He expressed a widely perceived imperative for strategic reassessment.

In 1947, in a landmark article, "The Sources of Soviet Conduct," which he signed as "X," George Kennan defined America's foreign-policy strategy for the Cold War as one of containment and deterrence. It is difficult to imagine a more marked departure from Kennan's concepts than a report recently released by the Pentagon – A National Strategic Narrative – authored by two active-duty military officers who signed as "Y."

The report can be dismissed as just the musings of two senior members of the Joint Chiefs of Staff writing in their "personal capacity". But its real power stems from the degree to which it reflects America's mood in an era of declining global influence and diminishing expectations regarding the relevance of military power to sustaining US global hegemony.

Just as Kennan's "X" article was fully reflective of the mood in America at the time, so the Narrative expresses the current American Zeitgeist. Thus, the idea that "Y" might turn out to be a latter-day "X" – defining the nature of America's international role in the twenty-first century – may not be far-fetched.

The limits of American power

Conspicuously, there is much in the Narrative that coincides with Europe's emphasis on soft power. The authors call for a shift from outdated Cold War strategies of "power and control" to one of civic engagement and sustainable prosperity. Security, they maintain, means more than defence. It means engagement whereby America should not seek "to bully, intimidate, cajole, or persuade others to accept our unique values or to share our national objectives". 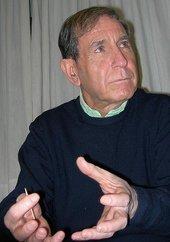 Shlomo Ben Ami was born in Morocco and emigrated to Israel in 1955. He served as Israel's Foreign Minister from 2000 to 2001 during Ehud Barak's government

​​America, "Y" argues, must first put its own house in order if it is to recover credible global influence as a beacon of prosperity and justice. This would require improving America's diplomatic capabilities, as well as regaining international competitiveness through greater investment in education and infrastructure at home.

The message emanating now from the US is not one of non-interventionism, but a strategy of restraint that assumes that there are limits to American power and seeks to minimize the risk of entanglement in foreign conflicts.

As Gates put it in his West Point address, the US Army would no longer be "a Victorian nation-building constabulary designed to chase guerrillas, build schools, or sip tea."

The bad news is that Europe's feebleness and America's fatigue might also signal the limits of noble ideas such as the obligation to interfere in order to protect populations being brutalized by their own rulers. America's reluctance to be drawn into the Libyan quagmire, and the West's failure to intervene in order to stop the Syrian army from massacring civilians, now looks like a sad, and fairly accurate, guide to the future.

Shlomo Ben Ami, a former Israeli foreign minister who now serves as the vice-president of the Toledo International Centre for Peace, is the author of Scars of War, Wounds of Peace the Israeli-Arab Tragedy.

END_OF_DOCUMENT_TOKEN_TO_BE_REPLACED
Social media
and networks
Subscribe to our
newsletter