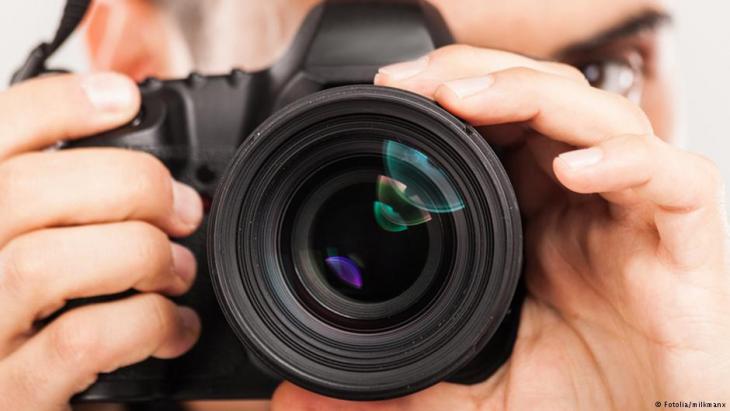 Cultural arrogance has long been a feature of Western journalism and it continues to flourish. But can journalists really describe the world from the perspective of a Yemeni housewife, a shepherdess in Bhutan or an elderly Senegalese fisherman? By Charlotte Wiedemann

At the end of 2018, Germanyʹs Der Spiegel magazine dropped a bombshell: CNNʹs Journalist of the Year 2014 Claas Relotius, a reporter on its own payroll, had committed journalistic fraud on a grand scale, making up stories and inventing protagonists. And yet, how quickly the dust has settled!

It seems to me that a number of important questions have not even been raised. What needs were the fabricated stories meeting? Why are extremely personalised accounts of what is happening in the world being showered with awards? And where is the line between fabrication and the regurgitation of habitual legends when the white gaze zooms in on other cultures?

As far as the aforementioned needs are concerned, the narrative about the boy who launched the war in Syria gives us at least part of the answer. Even before the scandal surrounding the fabricated stories of Claas Relotius at Der Spiegel broke, countless media took up the story of the fate of the schoolchildren who sprayed slogans on walls in the city of Daraa in 2011 (and were subsequently tortured). And always these stories zoomed in on one particular boy, so that the full drama of his story could be served up as a delectable, moreish piece of journalism. The name of the boy in question changed, but he was always to blame.

In 2013, Bild told the story of Bashir and said that shells are now raining down on Syria "because Bashir did what he did". Der Spiegel told the story of Mouawiya, who has been fighting "for atonement" for seven years. Because a "stupid boy's prank" caused half a millions deaths? What kind of lunacy is that?

What happened in Daraa in 2011 is well documented. The torture of schoolchildren surpassed everything of which people had hitherto thought the Assad regime capable; their parents' fight for justice resulted in mass protests. No one, including the West, stood by the civilian uprising. This is a hallmark of the Syrian tragedy.

It also points the finger at us. But, of course, no fingers point in our direction when the situation is portrayed as a senseless development and blamed on a child, either with real or imagined feelings of guilt. 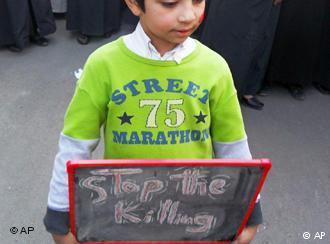 Where the uprising against Assad began: what happened in Daraa in 2011 is well documented. The torture of schoolchildren surpassed everything of which people had hitherto thought the Assad regime capable; their parents' fight for justice resulted in mass protests. No one, including the West, stood by the civilian uprising. This is a hallmark of the Syrian tragedy

Fittingly for the fact that Assad has maintained his firm grip on power, an emotionally charged story of a child and his fate satiates the middle-class, very white desire to carry the weight of the evil world on our shoulders, albeit without consequences or responsibility. Oh what a dreadful place the rest of the world is!

Focussing on the individual; blocking out all complexity

This kind of dramatic composition, which does not seek to enlighten or explain, is all the rage at the moment. Focus on the individual, block out all complexity, trigger emotions, don't ask anyone to think. The blueprint for this style of journalism: explaining away Germany's austerity policy with an image of Angela Merkel.

As an attitude, as a perspective from which to view things, distance has increasingly been delegitimised in favour of a rhetorical immediacy – the alleged view from the inside – that Relotius had a great talent for faking. Is there perhaps a connection between the neo-liberal excesses of individualism, the breathless daily squeals of me-me-me when the high complexity of the rest of the world is hidden beneath personalised narrative structures? And where does the fabrication begin?

Home
Print
Newsletter
More on this topic
Thorsten Gerald Schneiders on hostility towards Islam: "An outlet for suppressed intolerance"Media portrayals and geopolitics in the Near and Middle East: Who shapes our image of the world?Four years of war in Syria: Where the uprising began and still lives on
Related Topics
Assad regime, Islam and the West, Islamophobia, Media in Germany, Orientalism, Syrian Civil War
All Topics

Education for girls and women is still possible in Afghanistan, says Reinhard Eroes of the Kinderhilfe Afghanistan initiative. In interview with Elisa Rheinheimer, he talks about ... END_OF_DOCUMENT_TOKEN_TO_BE_REPLACED

Locals in the Middle East have said European critics are showing bias and hypocrisy when they condemn Qatar. Observers agree that Qatar has had to deal with more criticism than ... END_OF_DOCUMENT_TOKEN_TO_BE_REPLACED

In Doha, Arabs from Morocco, Tunisia, Egypt and Algeria are gathering to celebrate the first ever FIFA World Cup to be held on Arab soil. The criticism from Europe? Over the top, ... END_OF_DOCUMENT_TOKEN_TO_BE_REPLACED

Canan Topcu came from Turkey to Germany as a child. In her essay, she describes how bothered she was by the racism she encountered in her country of origin when she travelled ... END_OF_DOCUMENT_TOKEN_TO_BE_REPLACED

All organisers use major sporting events like this year’s FIFA World Cup in Qatar primarily to advertise their country and promote a slick public image. This is not something we ... END_OF_DOCUMENT_TOKEN_TO_BE_REPLACED
Author:
Charlotte Wiedemann
Date:
Mail:
Send via mail

END_OF_DOCUMENT_TOKEN_TO_BE_REPLACED
Social media
and networks
Subscribe to our
newsletter