Time for a new process

Now, however, a new regional "process" in the Middle East is reaching maturity, and this time round it is a "war process", stripped from the outset of any claims to peace.

The Israeli-American war tattoo targeting Iran has resumed recently: first with the Trump administrationʹs announcement to end sanctionsʹ waiver for import Iranʹs oil, and secondly with the deployment of a naval strike group to the Middle East, as the clamour of anti-Tehran voices gets louder.

In recent decades, we have grown accustomed to bouts of sabre-rattling, of varying degrees of intensity, being directed at Iran. However, this time things seem to be embedded within a greater concept: the creation of a regional "Iran war process" by the U.S. and Israel designed to be of maximum benefit to Israel, even if it means maximum damage for other countries in the region. 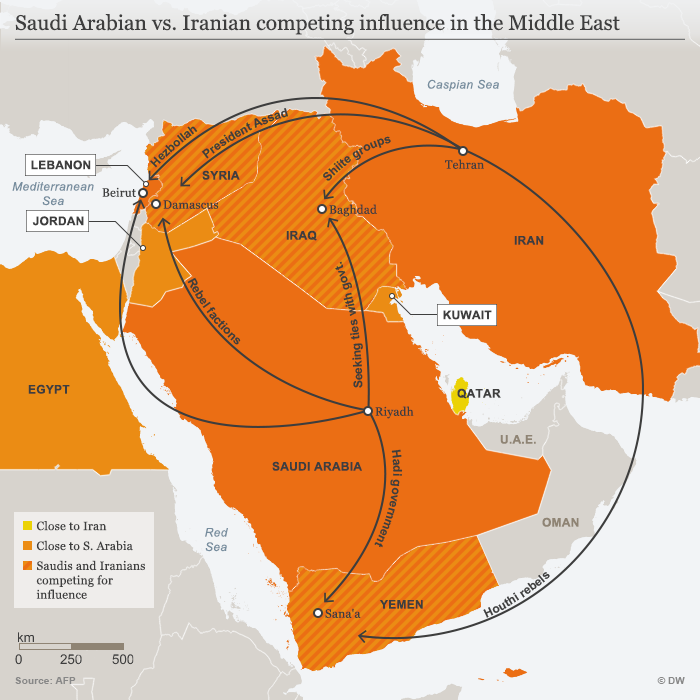 Cashing in on regional rivalry: if a fraction of the time wasted by the Gulf countries and Iran in agressive posturing were devoted to serious thought and diplomatic dialogue aimed at establishing mutual security arrangements, they would not have ended up being played off against each other by the U.S. and Israel

For many years Israelʹs standard attitude of belligerence towards Iran has been intended to keep the world on its toes, soliciting external support and cultivating internal cohesion. Central to this discourse is the oft-repeated fiction that Iran wants to erase Israel from the map.

Statements by more hot-headed Iranians, such as former president Mahmoud Ahmadinejad (2005-13), have indeed included such rhetoric. Yet the emptiness of those pronouncements is well known, likewise the intention of blowing the lid off of any coming negotiations with the U.S. and the West over sanctions and Iranʹs nuclear facilities.

Tehranʹs bear-baiting behaviour has inflicted real damage on the Palestinians, diverting international attention away from Israelʹs consolidation of its military occupation and settlements in the West Bank and East Jerusalem. Obviously, Israel is merely seeking to strengthen its northern borders, with the aim of weathering any future attacks that might potentially involve Iran!

In the face of COVID-19, we need to admit the political mistakes of recent years and adjust our trajectory according to the compass of reality. People around the world – ... END_OF_DOCUMENT_TOKEN_TO_BE_REPLACED

As COVID-19 sweeps across the globe, it is forcing religions to adapt and take action to prevent infection. But experts warn against using the crisis to fuel conspiracy theories. ... END_OF_DOCUMENT_TOKEN_TO_BE_REPLACED

Why are predominantly Muslim countries lagging behind when it comes to democracy and human rights? Dutch sociologist Ruud Koopmans uses a lot of figures to underpin his theory ... END_OF_DOCUMENT_TOKEN_TO_BE_REPLACED

The 2015 Joint Comprehensive Plan of Action with Iran is in jeopardy. European governments should use the JCPOA’s dispute-resolution mechanism both to pursue immediate measures to ... END_OF_DOCUMENT_TOKEN_TO_BE_REPLACED

Many predominantly Muslim countries have penal laws against "blasphemy", "defamation of religion" and "apostasy". In practice they serve as highly effective weapons to settle ... END_OF_DOCUMENT_TOKEN_TO_BE_REPLACED

In recent years, Tehran had pushed a clever public-relations campaign to depict Soleimani as a Napoleon- or Caesar-like warrior-poet. He was even mooted as a likely presidential ... END_OF_DOCUMENT_TOKEN_TO_BE_REPLACED

END_OF_DOCUMENT_TOKEN_TO_BE_REPLACED
Social media
and networks
Subscribe to our
newsletter